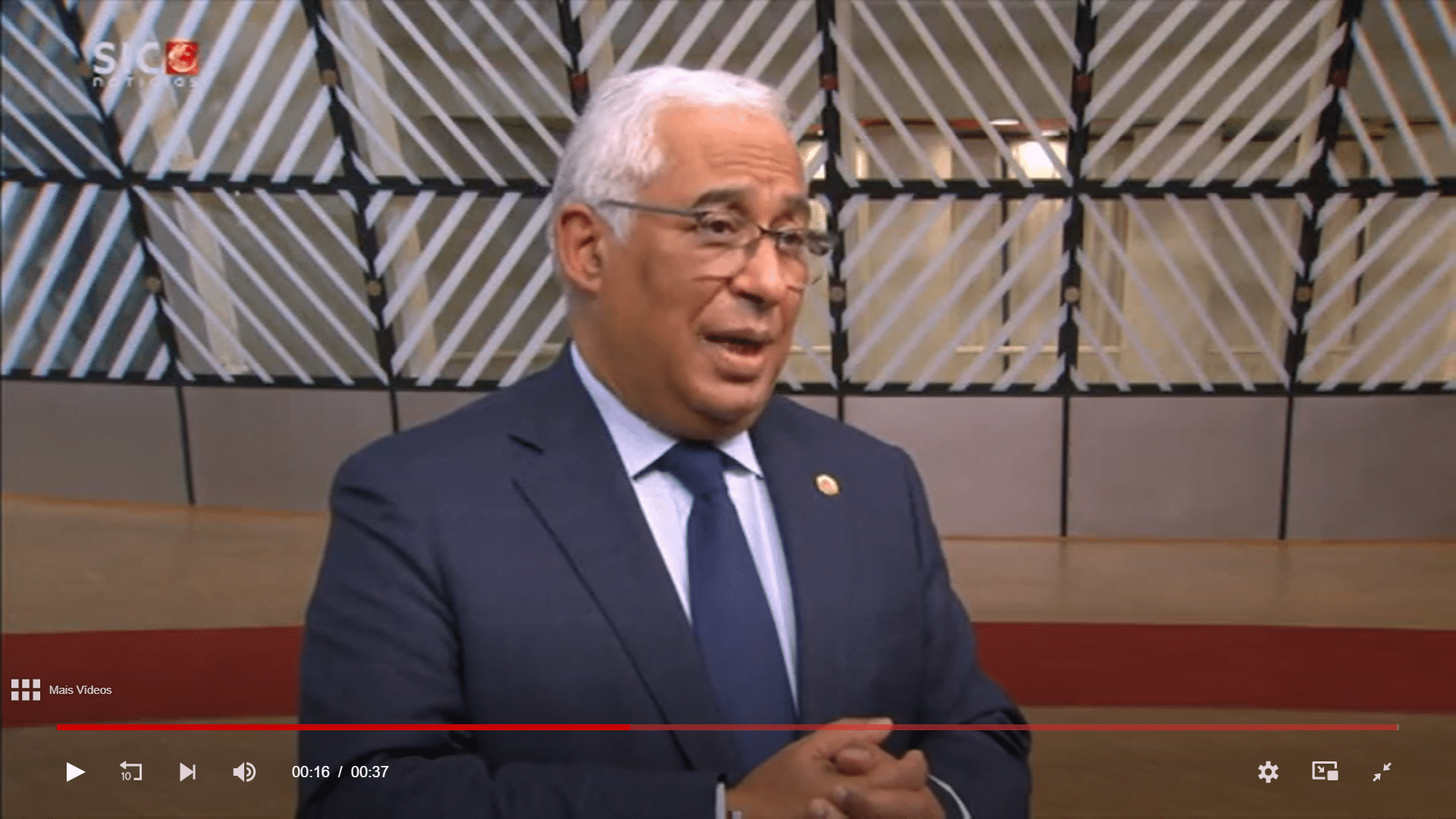 In Brussels for a Council of Europe expected to discuss the possibility of vaccine mandates across the bloc, PM António Costa has stressed that Covid measures and restrictions currently in place will almost certainly be prolonged beyond the January 9 deadline (taking the country to the end of a post-festive ‘period of contention’).

He has also told journalists that a new order for vaccines tweaked to combat the Omicron variant has already been made, and will be ready for the government “to adopt a 4th dose of reinforcement if this is necessary.

In his words: “Unfortunately, we have to accept that this will happen”.

Mr Costa did not look particularly comfortable giving this commentary to journalists. He is taking part in a two day meeting of European leaders where the agenda in terms of mandating the enforcement of the vaccine on populations has been made clear.

Concerns over the Omicron variant continue riding paramount – in spite of the fact that it appears to be a much milder form of SARS-CoV-2. But on the basis of its ‘unprecedented’ transmissibility, Mr Costa said border controls and other measures in place to try and combat the virus “will certainly” be continued into the New Year “as we won’t have the conditions to remove them”.

Indeed, there may be a reason to “reinforce” them, he added.

Omicron has now been identified in around 80 countries. The World Health Organisation (WHO) admits that in reality it could already have spread around the world. And, according to the WHO, “the variant appears to affect the efficacy of the vaccines against infection and transmission, increasing the risk of infection”.

Explains SIC: “Preliminary independent studies by the WHO show that Omicron reduces the protection against reinfection in four of the principal Covid vaccines – those produced by Pfizer-BioNTech, Moderna, AstraZeneca and Johnson&Johnson (Janssen).

“The variant does not appear to affect the efficacy of PCR tests to detect the virus”, however – thus these tests are still being used to monitor its evolution.

Another fortuitous conclusion has been that “treatments against serious or critical cases of Covid-19 should continue to be efficacious” against Omicron, says the WHO.

With all this swirling through the media this morning, popular tabloid Correio da Manhã has taken a somewhat different overview. It considers the one week ‘period of contention’ imposed by the government following New Year’s day – until effectively January 10 – to be “an absurd error”.

It will not guarantee that people reduce physical contacts. “Quite the contrary” in fact, as children will all be on an extra week´s holiday and likely to mix and mingle with multiple families.

In CM’s mindset, the week where hundreds of thousands of families will be told to stay at home as much as possible is simply another form of holding back the economy “when the gravity of the disease is much less than it was last year”.

“It makes no sense to return to this version of mitigated confinement”, says the editorial. “The electoral period does not help rationality, but with help from the president there is still time to correct this absurd error”.

That President Marcelo – resting from a surgical procedure to remove inguinal hernias –  might be able to step in at this 11th hour (and against the tide flowing in from Brussels) seems a wish too far.

But any discomfort felt by Mr Costa in giving this morning’s news will almost certainly have been offset by the vote of confidence shown in him by the new German chancellor Olaf Scholz. Mr Scholz has praised Mr Costa’s work, explain reports, and shown himself to be “absolutely confident” of the PM’s re-election in Portugal in legislative elections next month.

Meantime, today’s Council of Ministers in Portugal is expected to reinforce the need for people to wear masks in the street if correct physical distancing is impractical.