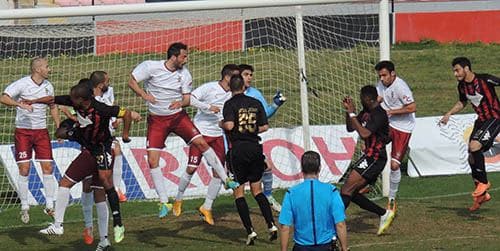 A slow drive and car horn protest against the A22 tolls was held outside Aquashow in Quarteira, where the Prime Minister presided over a Social Democratic Party (PSD) event on August 14. However, the disturbance outside failed to dampen the mood of the hundreds in attendance within the waterpark.

Loud PSD music playing inside and outside the venue managed to muffle the noise being made by protestors, who used loudspeakers and sounded car horns to make themselves heard.

Inside the Aquashow grounds, Pedro Passos Coelho addressed party supporters during the PSD Festa do Pontal and, to avoid confrontation with the anti-tolls activists, sent a spokesperson to receive a letter from João Vasconcelos, a member of the A22 Users’ Commission, explaining why the Algarve population says no to tolls.

Despite the Prime Minister’s lack of availability to speak to protestors, Vasconcelos hailed the protest a success, with dozens of vehicles taking part in the slow drive and causing traffic chaos along the road into Quarteira.

Vasconcelos continued to defend the immediate suspension of tolls on the A22 and accused the government of “hiding from the people” and having an “anti-democratic attitude”.