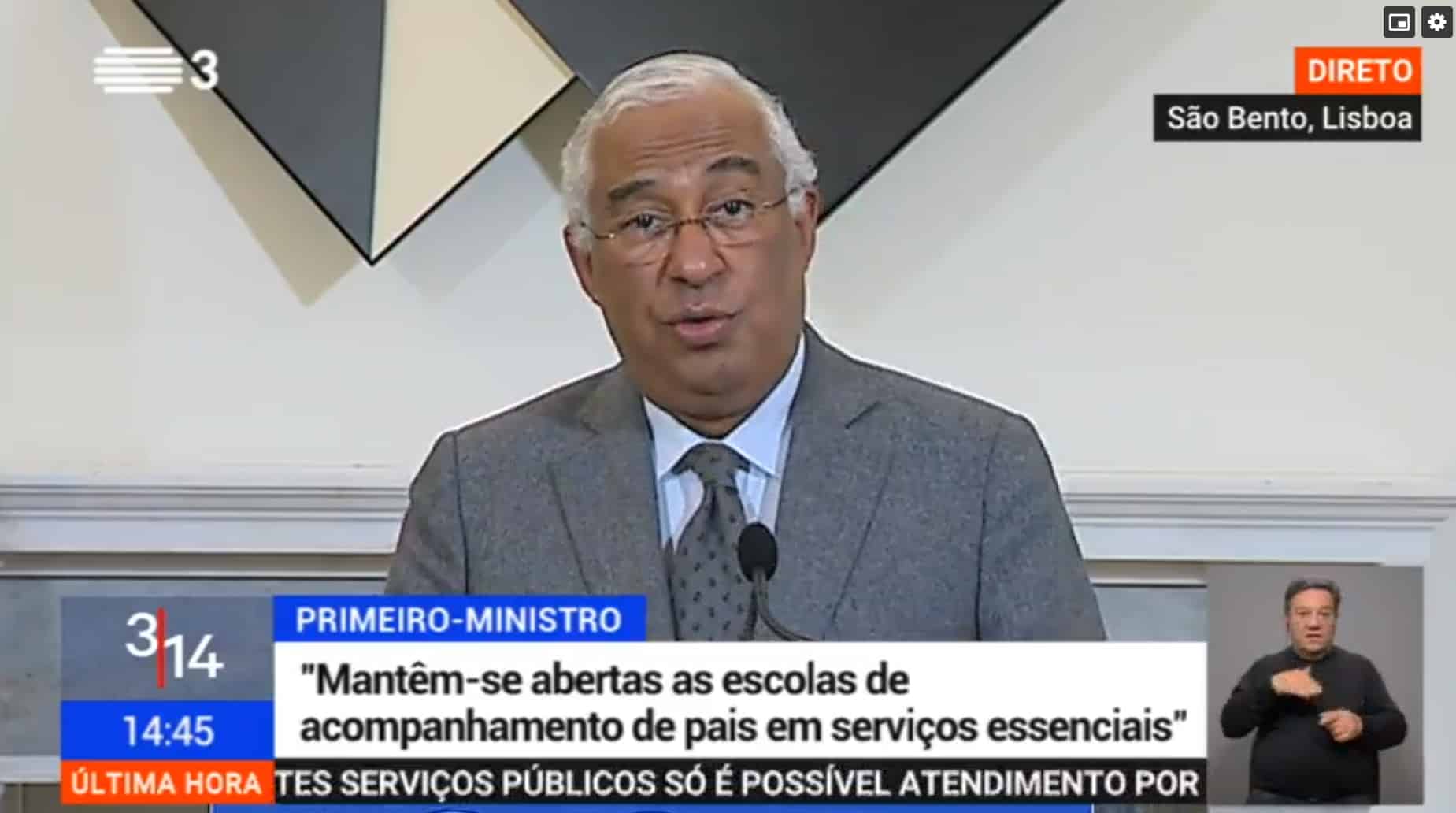 PM António Costa has put the flesh on the bones of last night’s decision to close the nation’s schools.

He explained this afternoon that:

The PM also took the occasion to announce the closure from tomorrow (Friday January 22) of all citizens shops (Lojas do Cidadão), and the suspension of all judicial time limits in all non-urgent cases.

One aspect Mr Costa seemed anxious to stress was that “schools are not, nor were they ever, the principal point of transmission”.

Interrupting children’s scholastic timetables “is profoundly damaging” to the process of learning and cannot be compensated (financially)”, he said.

Two school years with interruptions in the process of learning “have heightened effects, and it is because of this that we (the government) tried not to adopt this measure”, he added, reiterating reasons given previously for not responding to the pleas by healthcare professionals and experts to stop children going backwards and forwards to school everyday.

The British variant however tipped the balance: a week ago it was understood to have had an 8% prevalence within the community; that now has passed to 20% and soon “could reach 60%”.

But, according to Expresso, the government’s ‘support’ for parents is rife with issues.

For example, who pays the parents? Those teleworking stay as they are (irrespective of the fact that their children now will be ‘at home’ and without any kind of distance learning programme in place). Those who work for an employer will need to be paid by that employer, who will then be compensated by Social Security to the tune of 33% of the 66% to be offered. In the case of green receipts, Expresso says Social Security will assure the workers’ payments – but that in itself raises all the issues of actually getting an appointment and receiving the money, leaving one’s children at home.

And in cases where one parent, for example, is teleworking and the other wants to stop working to look after the children, that parent will not qualify for a 66% share of his/ her salary “even if his/ her activity is not compatible with teleworking”.

Much worse perhaps is a situation where parents may be working a form of  ‘rotative teleworking’ – some days remote-working from home other days at the workplace. In this case, the parents will not qualify for State support, nor will they be able to take days off that would be financially compensated.

Says Expresso, the rigidity of this measure could leave “thousands of families unprotected”.

The government’s measures do allow for the support of parents with children over the age of 12 with handicaps or chronic illnesses. They also allow for 100% support if during the time schools are shut, one of the children becomes ill.

All in all, Expresso warns that “what is certain is that just like in March (during Portugal’s first lockdown), the application of this model (of support) promises yet again to raise many questions for businesses and families”.