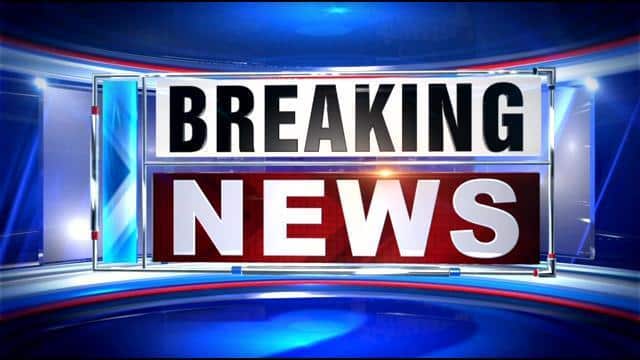 Montijo option runs into hostility and suspicion from word go

Breaking news this morning is that prime minister António Costa has ordered the revocation of the government dispatch, published yesterday – with absolutely no warning to opposition parties – outlining a short-term ‘two airport’ solution to relieve congestion at Lisbon’s Humberto Delgado airport.

He was also reported to have sacked the minister behind it – Pedro Nuno Santos – up till now billed as a possible sucessor to the PM.

A statement from Mr Costa’s office before the sacking was announced said: “The prime minister ordered the minister of infrastructures and housing to revoke the dispatch published yesterday on the Plan for Expansion of Airport Capacity in the Lisbon region.

“The prime minister reaffirms that the solution has to be negotiated and agreed with the opposition, particularly with the main party of opposition, and in no circumstances, without prior due information to the President of the Republic”.

The announcement that Pedro Nuno Santos was out of a job came later – ran into a massive “will he go/ won’t he go” round of uncertainty for hours before it transpired that he won’t go – but he is sorry for making such a mess of things.

Several of the main Portuguese environmental protection organisations released a joint statement after the dispatch was announced yesterday in which they labelled the decision “illegal and unacceptable”.

The entities contest what they call “a hasty decision, without the support of a true strategic environmental assessment (SEA) duly framed in a National Airport Plan”.

And they explored the Montijo-Alcochete hypotheses in detail.

Regarding the first – recalling they had requested the annulment of the Environmental Impact Declaration for Montijo for having been “imposed by the government, with predetermined solutions” – they now criticise the intention, “made public and not denied”, of the infrastructures ministry to “give up on the plan for a Strategic Environmental Assessment (SEA) process for the location of the new Lisbon airport”.

They “completely disagree” with the government’s alleged intention to build a provisional airport in Montijo by 2035 without any kind of strategic instrument to support it, explains Lusa, and here they enter territory opened yesterday by journalist José Gomes Ferreira who suggested the plan is a tremendous bluff: “there is no intention of having an airport ready in Alcochete by 2035”, he said, alleging the whole dispatch was drawn up to play into the hands of French group Vinci, the overall owner of ANA airports authority.

As environmentalists stress “hundreds of millions of euros” will be going into preparing Montijo with a single runway. They fear (and suspect) “the infrastructure, in practice, will go from temporary to definitive“.

Regarding Alcochete, the groups consider that “either the government is trying to condition the process from the outset or is trying to circumvent the legislation on SEA that could support this decision”.

The associations decry what they call “the government’s lack of strategic vision, as it does not have a National Airport Plan, either for passengers or cargo, which should be linked to the National Road Plan and the National Rail Plan”.

Furthermore, when European governments take initiatives to protect citizens by reducing airport capacity, such as has happened in the Netherlands – which decided to reduce the capacity of Schiphol airport, which serves Amsterdam, by 11 per cent compared to 2019 due to the impact of noise and greenhouse gas emissions, despite its location 20 km from the city – it seems “perfectly anachronistic” that the Portuguese government is actually doing the opposite. It is planning an investment which will almost certainly make the environmental situation in Lisbon even worse…

In other words, Lusa explains environmentalists’ case, there appears to be a “lack of common sense of the government” as well as “a terrible example given” on how to behave with an absolute majority.

The ridiculousness of the decision is even more pronounced when one considers Lisbon is hosting a conference at this very moment where world governments are promising more environmental sustainability “and respect for science”.

Bottom line, environmental groups hope “an airport solution will be found for the Lisbon region that enables it to respond to the climate challenges facing humanity, to the objectives of promoting biodiversity and protecting environmental values, to the enormous public health problem that Portela airport is today, to the need to effectively integrate air and rail transport, and to the urgent need to move towards sustainable forms of tourism”.

NGO fury was mirrored last night by every parliamentary group, all of which appeared to have been taken completely by surprise.

This is just the third month of a government operating with an absolute majority. It is beset with issues, strikes, public sector unrest. Even with the various announcements made yesterday by the health minister, as today’s news on the airport mess broke, the national federation of doctors was threatening to go out on strike.

None of this is a ‘good look’. Even less, the ‘zeal’ with which the minister for infrastructures and housing accepted television interviews last night, describing the dispatch which is now being revoked, as “a great victory for Lisbon”. It has been anything but.

Newspapers full of the news of Mr Nuno Santos’ dismissal stress that “everything indicates (he) acted in the absence of the head of the government, in a decision of extreme delicacy, days before the new PSD leader Luís Montenegro started his mandate, which will begin this weekend at a congress in Porto”.

UPDATE: as the hours passed on what Bloco de Esquerda dubbed the descent of Portugal’s government into “a swamp”, it transpired that António Costa hadn’t officially sacked Pedro Nuno Santos at all – he had simply left the decision up to him, said reports (a bit like holding the exit door open and hoping that the minister would walk through it). Pedro Nuno Santos meantime was described as ‘refusing to go’. It was all very muddled at a moment when António Costa is hoping to shine on the European stage. He has been in Madrid for the last two days, attending the NATO summit – and he let it be known this morning that he would not be commenting on national issues while he was abroad… Time has since moved on to early evening, and he has commented. In his words “a serious mistake was made” by Pedro Nuno Santos (who himself has apologised profusely), but not obviously serious enough to bow to the howls from the opposition that the minister should go. Thus Pedro Nuno Santos remains as Minister of Infrastructures and Housing; the airport strategy unveiled yesterday has been unceremoniously bundled back into a drawer (for the time being at least) and everyone involved in the to-ings and fro-ings of a frenetic day will probably now be totally exhausted. “Time to move on”, says Costa…