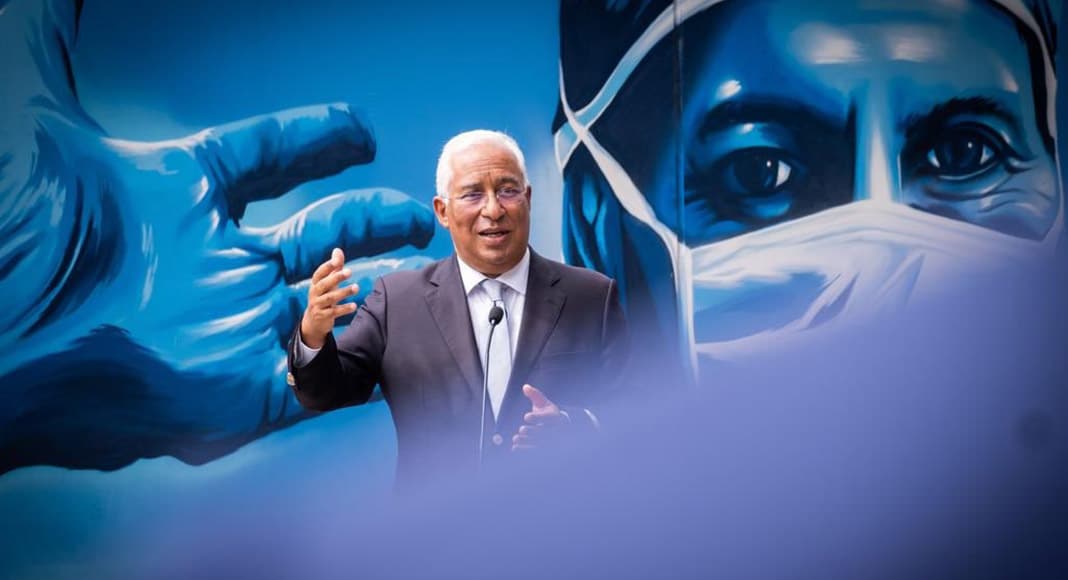 PM António Costa has been caught up in high drama this weekend after an out-of-context video clip in which he labels doctors called into an old people’s home where 18 inmates died with Covid-19 ‘cowards’.

The issue has been playing out on social and mainstream media, with the latest ‘red hot soundbite’ being that an outraged ‘Ordem dos Médicos’ (general medical council) has called for an urgent meeting with Mr Costa.

This will now be going ahead tomorrow (Tuesday).

The furore however has been ‘on the boil’ ever since unfortunate remarks by the minister for social security Ana Mendes Godinho over a very negative report on the old people’s home in question compiled by the general medical council.

Ms Mendes Godinho admitted to Expresso over a week ago that she ‘hadn’t read it’.

This prompted a torrent of ‘outrage’, calls for her dismissal and disquiet about the government’s handling of the pandemic with regard to old people’s homes in general.

Coincidentally, this latest brouhaha also follows an interview with Expresso – this time focusing on the plans and expectations of António Costa.

It appears someone surreptitiously ‘filmed’ the clip and then published it online.

Expresso has already apologised for the breaking of confidence, affirming that it is trying to find out who was responsible (as it appears not to have been the reporters interviewing the prime minister).

But the upshot is that the general medical council has got the centre stage it has been pushing for over the last few weeks.

In a communiqué today, it has said that the comments made by António Costa “independently of whether they were given publicly or privately translate into an offensive attitude towards doctors and negative feeling for a professional class”.

Copious reports have been detailing the ‘sense of outrage’ felt by opposition parties, but there is an overriding ‘feeling in the air’ that all this is an enormous storm in an albeit bristling teacup.

Certainly the council as well as SIM – the independent syndicate of doctors – have taken Mr Costa’s apparent criticism of doctors providing assistance at the home in Reguengos de Monsaraz to be directed at doctors working hard in a pandemic anywhere and everywhere on national territory.

What the PM however appears to have been saying is that this particular group of doctors had been loathe to do the work they were asked to do, as the home was dealing with a mass outbreak of Covid-19.

This again has been refuted by the general medical council which said the doctors “never refused to treat the infirm elderly” inmates, “in spite of the ignoble pressures and threats” that they claim to have been subjected to.

Another ‘burning’ point of the controversy is the report compiled by the council on the very poor state of care within the home. Authorities have said the council has no competence to produce these kind of reports… and so the wrangle goes on, until hopefully tomorrow.