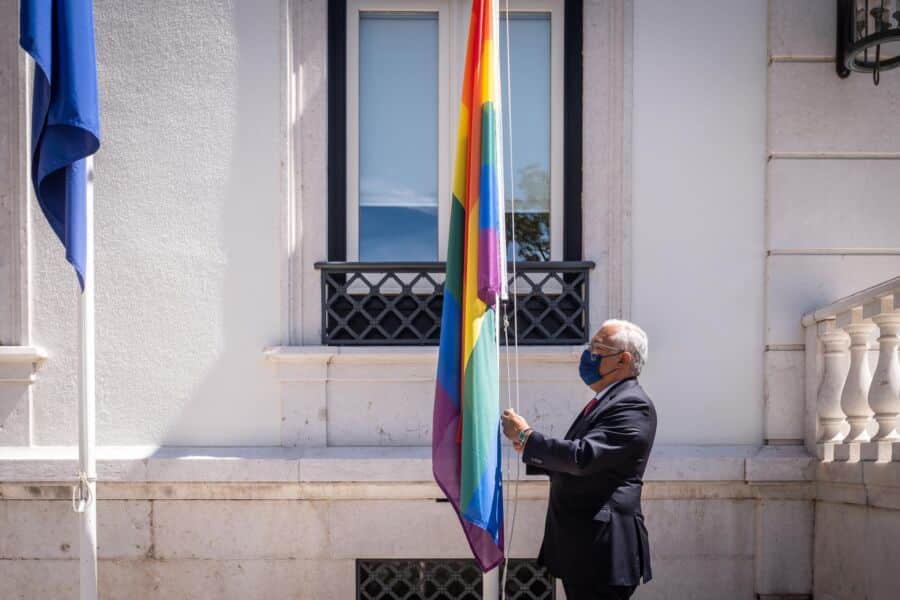 Portugal’s prime minister António Costa marked International Day Against Homo-Bi and Transphobia by hoisting the rainbow flag that characterises the ‘gay pride’ movement outside his official residence of São Bento.

The symbolic act – seeing the flag alongside those of Portugal and the European Union – was marked over social media in which he said: “I have raised the flag to mark the commitment to a more equal Portugal where everyone is respected and where there is no place for hatred or discrimination”.