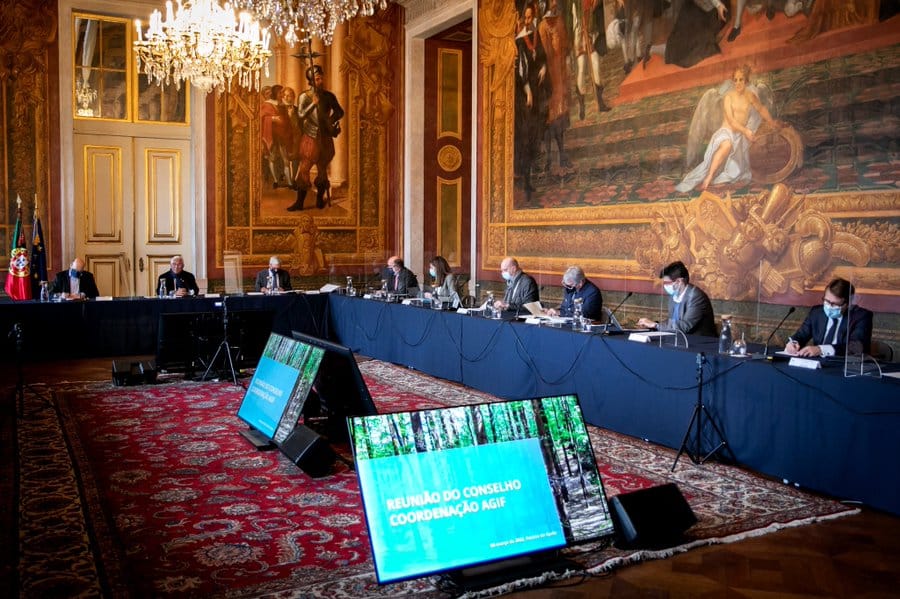 Prime Minister António Costa has faced the ‘elephant in the room’ in terms of what Portugal’s current situation of drought could mean when the ‘fire season’ arrives.

In a tweet yesterday, he said he had chaired a meeting of the Coordination Council of the Agency for Integrated Management of Rural Fires (AGIF) and  “although attention [is] on the situation in Ukraine and the fight against the pandemic, there are other problems in the country for which we must continue to work and provide answers…”

In this message, written after the meeting that took place at the National Palace of Ajuda in Lisbon, the leader of the executive warned “the risk of fires persists”.

“Taking into account the drought that the country is experiencing, we took stock of the situation regarding the first months of the year in terms of rural fires and projected the critical actions and priority preparation initiatives for the coming months.”

Speaking to Lusa news agency today, president of AGIF, Tiago Oliveira, said the approaching fire season (which tends to be most critical between June and end of September) will “depend a lot on the amount of rain” that falls until May.

In some respects, he stressed, the situation of drought has improved.

“The Portuguese Institute of Sea and Atmosphere [IPMA] was present at the meeting and updated the drought projection having revised the risk downwards”, he explained. “That is, the situation is not as worrying as it was a week ago”.

At the end of yesterday’s meeting, Mr Oliveira said rainfall forecast for this month will allow “some respite”.

“The fire-fighting season will depend a lot on the amount of rain that occurs until the end of May or June. The fears that it could be a very difficult thing are over, but they have not been resolved, that is to say, the danger level has been lowered, but it still exists”.

Bottom line: “We have to be vigilant. We are preparing for the worst, but always hoping for the best”.