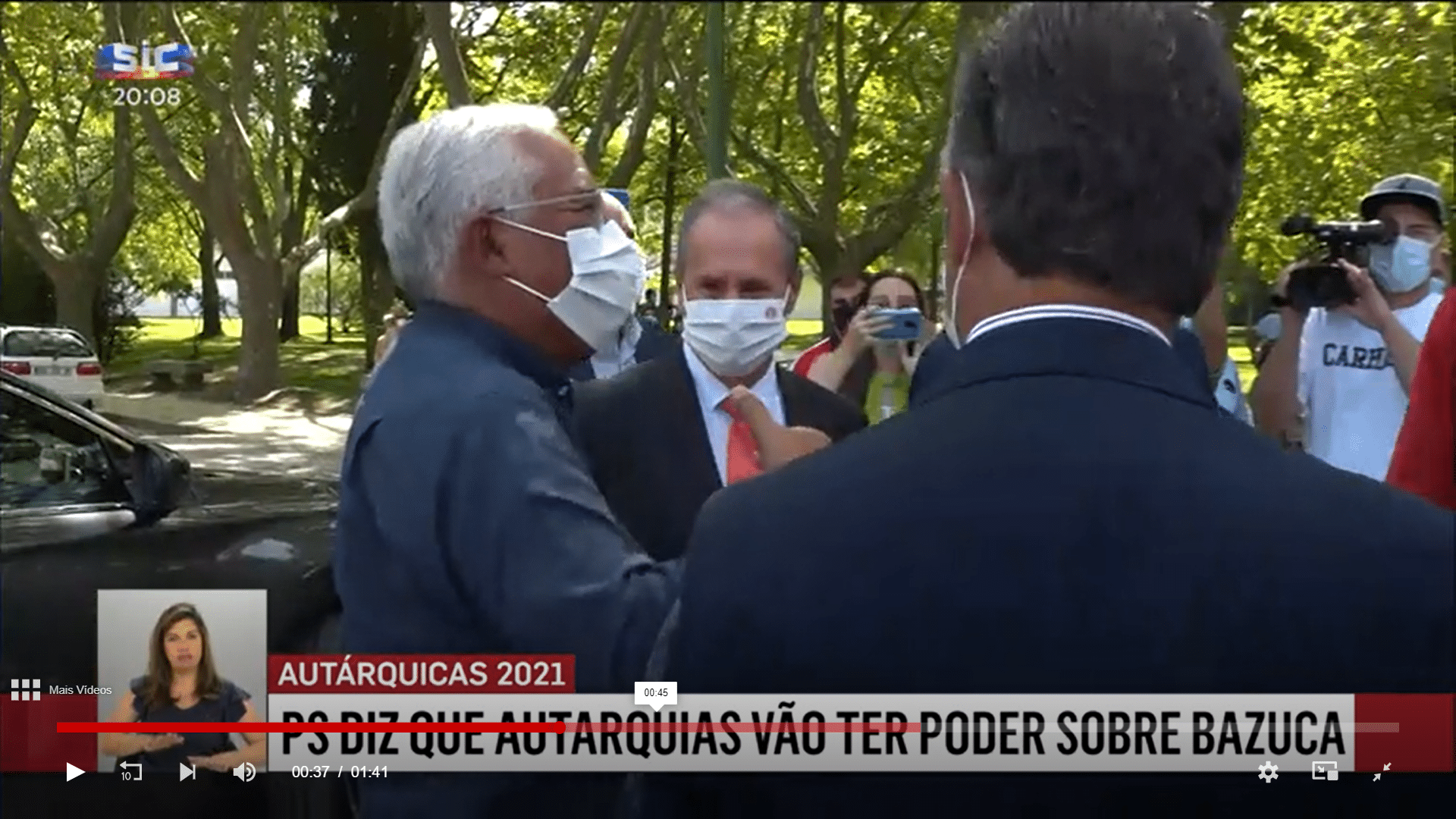 Portugal’s prime minister António Costa threw himself into the fray of electioneering over the weekend just as elsewhere pundits were highlighting his ‘plans for the future’ – said to involve aspirations for a top job in Brussels.

Refusing to be drawn on the topic, the PM was in full form on Saturday insisting on the role of local authorities, particularly their mayors, in the application of EU funding that will be pouring into the country over the next few years.

Talking to a rally in Mirandela he stressed how the funds will be vital for regional development – and that these priorities have to be defined at a local level “not in Lisbon”.

The bottom line was that the looming elections (coming on September 26) need to see leaders emerging “with ambition” so that community funding can be “fully taken advantage of”.

Areas particularly lacking are “housing, public transports and articulation with the third sector (social) for the development of facilities like, for example, a network of integrated continuous care”.

Other challenges are the country’s dwindling demographics, and the need for public policies at a local and central level to “align very well to resolve the problems of promoting Portugal’s interior”.

Political speeches, exhortations and ideas will be the order of the day now for the next three weeks. PS Socialists are focused on retaining as many municipalities as they can, and rebuffing any recovery from PSD centre right, which lost resoundingly in the local elections of 2017.