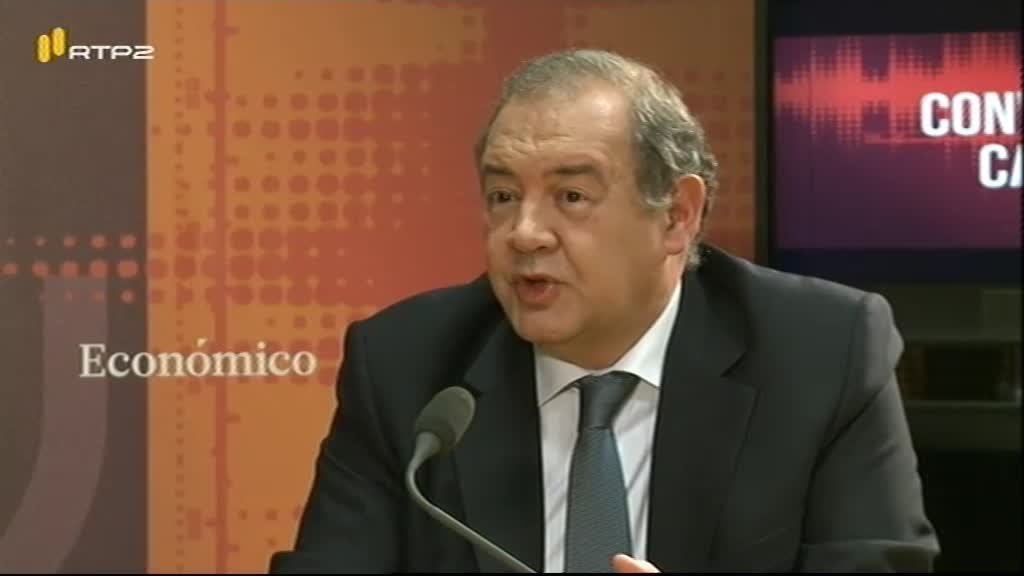 Prime minister António Costa has called on the CEO of Partex Oil & Gas to map the strategy for Portugal’s economic recovery.

The news has ‘divided’ politicians and is all the more intriguing in that António Costa e Silva has been a fierce critic of the PS government.

In interview following the rescission of contracts for the drilling of oil and natural gas off the Algarve coast 16 months ago, he said his company was ‘pulling out’ of Portugal due to powermakers’ ‘lack of vision’.

Talking to Público, Costa e Silva said: “Purely and simply we have decided to invest no more in Portugal. It’s not worth it.

“We were banking on the project in the Algarve because the (previous) government in which minister Álvaro Santos Pereira (former economy minister) was extremely criticised, was concerned with developing natural resources and understood that the country needed a wave of reindustrialisation, and that this would create wealth and employment”.

That was in February 2018 when the anti-drilling lobby was ‘swept to success’ on the wings of the global movement calling on governments to stem the effects of climate change.

Focus now is very different. Covid-19 and the effect the virus has had on the economy has radically changed the landscape.

PS Socialists have already talked of the need to ‘reindustrialise’ the country, and suddenly António Costa e Silva as well as his zeal for developing natural resources (see below) is ‘flavour of the month’.

Says Expresso: “He has become one of the most relevant of the prime minister’s advisors. He has asked for information and ideas from ministers and has even taken part in a meeting that Mr Costa has had with business leaders”.

António Costa e Silva’s ‘brief’ is to set out the blueprint for Portugal’s ‘new economy’ – a programme that will be the ‘central base of the 2021 State Budget’.

But it will actually be a great deal more than this.

It will set the scene for the next few years, says Expresso, suggesting it will be dubbed the  ‘António Costa’ plan: commissioned by António Costa, prime minister, and drawn-up by António Costa e Silva, ‘geostrategic visionary’.

The programme is due to be revealed “before the summer”, says Expresso.

Scope will depend on the final tally of ‘billions’ to be made available from Brussels.

68-year-old Costa e Silva is presented as the man able to steer the executive towards choosing sectors, ideas and projects that ‘fit the priorities identified by the European Union’.

These involve making the European space “more autonomous in the face of other economies (China for example), more technologically advanced and based on clean energies”.

“The challenge is in understanding the role this country could have in the future. What could be our ‘game changers’ – in the economy, socially and even in public administration”, adds Expresso.

Despite being a form of ‘pseudo-minister’, Costa e Silva stresses he is not being paid for his advice, it is a question of ‘civic duty’.  Once he has ‘delivered’, he will return to his normal everyday life.

Media speculation is that this may not in fact be the case. There are hints that António Costa e Silva could be the next minister of the economy, or even finance – as PM Costa will have to perform some kind of reshuffle later this summer if Mário Centeno really does leave the Treasury to take over as Governor of the Bank of Portugal.

PSD’s Isabel Meirelles describes her party as ‘surprised’: Costa e Silva is an “independent manager thrust into the limelight for a very difficult mission”. A mission which, in Meirelles’ opinion is “very risky for someone inexperienced”.

The MP seems to be alluding to Costa e Silva’s political inexperience. She explained: “We’re surprised that a minister with a global vision and understanding of portfolios has not been chosen…”

Expresso stresses that PM Costa’s choice to bring in an outsider is neither new (he has done this kind of thing very successfully before), nor ‘surprising’ (in that President Macron is doing much the same for France’s recovery plan).

But the PSD has agreed it is “not opposed to conversations” with Costa e Silva because, says Meirelles, it is “a collaborative and responsible Opposition”.

Not so the Bloco de Esquerda and centre-right CDS-PP – both of which have said quite categorically that they will only negotiate with a member of the government.

Said BE’s Catarina Martins: “The prime minister is free to choose his advisors. Bloco de Esquerda naturally negotiates with members of the government as it always has according to the rules of good transparency in our democracy”.

News of Costa e Silva’s influence points to a return in earnest to various mining and exploration projects.

Before the pandemic, civic movements were pushing the government to scrap mining plans in various parts of the country (click here)

But Costa e Silva – a mining engineer by profession – is adamant that Portugal’s reindustrialisation must “explore the potential of national mineral and energetic resources such as lithium, cobalt, nickel, tantalum, rare earths*, and renewable energies like solar, gas and hydrogen”.

The long-term oil man – he started his career working for Angola’s State oil company Sonangol – concedes that renewable energies are the future, but the country’s wealth of mineral resources must play their part, and as Observador observes keenly his multifaceted vision for the future, published in Público only a few weeks ago, “does refer to natural gas”.

Could this be a hint that some of those ‘rescinded contracts’ for exploration could be back on the cards in the near future? We will have to wait to find out.

One thing is certain, Covid-19 has been devastating for the national economy. But it has also exposed its fundamental weaknesses which António Costa e Silva intends to see addressed ASAP.