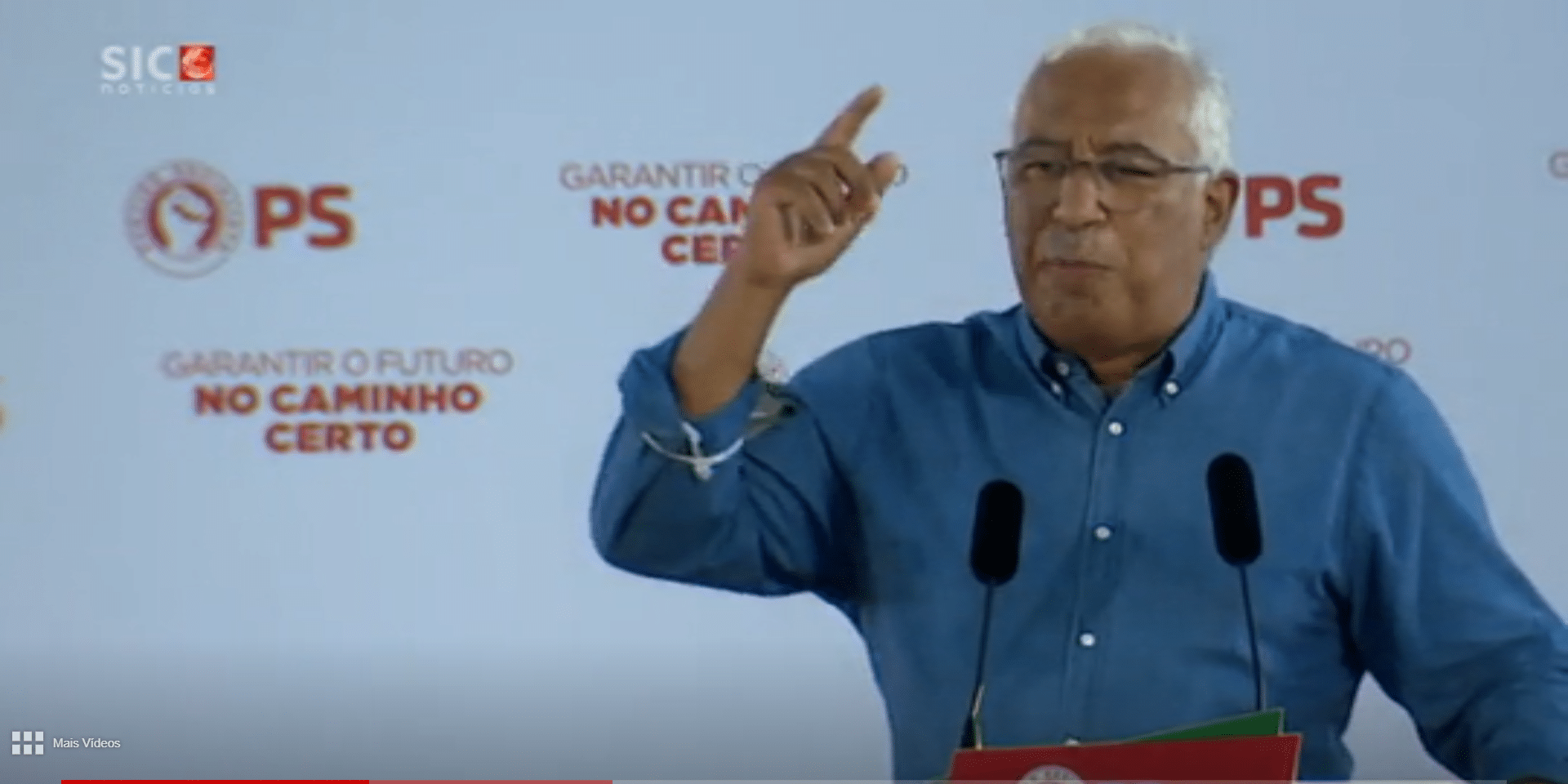 PM António Costa has been accused of rank hypocrisy over comments he made at a political rally in Matosinhos over the weekend.

The 60-year-old secretary-general of the PS Socialist Party has been indefatigable in supporting candidates for the upcoming elections. His hectic schedule has seen him delivering rabble-rousing speeches the length and breadth of the country – but the fervour to curry favour among the electorate seems to have dimmed his memory.

On Sunday he accused energy company GALP of “total social insensitivity” for closing down its refinery in Matosinhos.

“I have no fear in saying: the process by GALP in Matosinhos is an example of everything that should not be done by a company that is responsible. It is difficult to imagine so much nonsense, no much stupidity, so much irresponsibility, such lack of solidarity …Whoever behaves in this way has to be given a lesson as an example to other companies,” he thundered.

The trouble with all the finger-wagging and righteous harping is that Mr Costa neatly sidestepped the fact that the government had a shareholding in the refinery, and could easily have done something to alter the course of Galp’s devastating actions.

As jornal i explains, in May “António Costa didn’t heap such criticism on the closure”. He actually described it as “an enormous gain for the reduction of emissions” – as well admittedly as “an enormous problem due to the necessity of guaranteeing employment for everyone working there”.

According to Jerónimo de Sousa, the PCP leader, Mr Costa’s government not only COULD have stepped into the situation, it point-blank refused to do so.

“In July last year, the PS vetoed our proposal to block collective dismissals at GALP, and never backed the measures we proposed to stop the closure of the refinery”, he told a party rally in Olhão.

In short – as almost every political opponent has stressed – António Costa displayed the kind of tinpot hypocrisy that has become so characteristic of today’s political leaders.

Historian Raquel Varela tells Jornal i that in her opinion, the PM has flagrantly “discredited politics”.

His comments were “deeply opportunistic” in that he had every chance to act, but did not act – and then tried pointing the finger in order to insinuate himself into the camp of a disillusioned workforce.

“Costa made these declarations because he was in Matosinhos, certainly in front of some people who had lost their jobs at the refinery”, she explains. “If he had been in Lisbon, in front of environmentalists, he would have said the refinery was closed for issues of energetic transition…”

As the paper concedes: António Costa is so heavily under fire right now “he cannot lift his head. Bullets are coming from every direction. The left as much as the right have reacted furiously to his declarations” as well as the 1,600 workers “who in vain called on the government to intercede”.

Indeed, workers have described themselves as “stupified” by the PM’s commentary.

As for GALP – and the threat of that ‘exemplary lesson’ coming its way – the company  hasn’t raised a murmur.