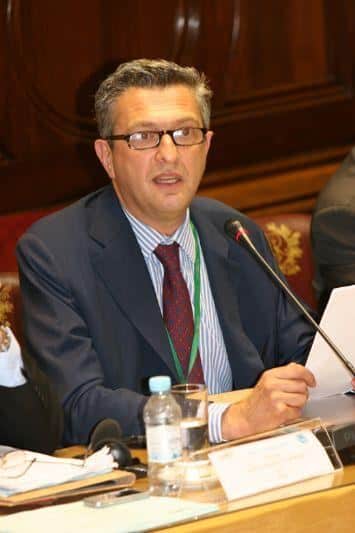 The crisis in the Middle East, terrorism and organised crime topped the agenda during a three-day Parliamentary Assembly of the Mediterranean (PAM) in Lisbon last week.

At the opening of the fourth Meeting of the Standing Committees of PAM, held at the Portuguese Parliament (Assembleia da República) on Wednesday, June 24, PAM Vice President and President of the 1st Standing Committee, José Junqueiro (Portugal) said that the topics were “mutual concerns” for the entire Mediterranean region.

“We are working on the ground in very realistic situations using a pro-active approach to face the challenges of the future,” he said, adding that the Middle East, Terrorism and Organised Crime continued to “represent a threat to regional security and peace”.

“Organised crime knows no borders and we must prevent this disease from spreading through the fabrics of our societies,” he added, mentioning the issues of drug and art work trafficking and money laundering.

The Middle East was a “priority” particularly after the recent escalation of violence between Israel and the Palestinians in Gaza, the West Bank and East Jerusalem.

Filippo Grandi, guest speaker and Deputy Commissioner General of UNWRA, United Nations Relief Works Agency, talked about the work his agency had been doing for a people that had been displaced through successive conflicts for 60 years.

“Unless these conflicts can be resolved, peace can never be brought to the Middle East,” he said, adding that his little-known agency served 4.5 million Palestinian people that had first fled British Mandate Palestine in 1948/49.

The displaced refugees often lived in 58 refugee townships in Palestine and Lebanon where UNWRA provided a range of basic public services including education, health, charitable services, humanitarian services and micro-financing.

This extended to the running of 700 schools, for 500,000 children, 130 health centres, canteens and food parcels for 1.2 million people through a network of 30,000 staff, mostly Palestinians, of which 20,000 were teachers, working in the most difficult and trying circumstances.

“We are a peculiar organization through which we define our work as human development as well as being a vehicle for United Nation values, one which is used to working in conflict situations,” he said, adding that the most recent conflict over the past two years had proved particularly complex in both the Lebanon, West Bank, Gaza Strip and East Jerusalem for 400,000 refugees.

These refugees lived in 12 refugee camps or townships that were facing exclusion in terms of opportunities and many categories of employment.

This included the reconstruction of a refugee township in Lebanon for 30,000 inhabitants destroyed in 2007.

Filippo Grandi also talked about the problems of getting food and medical supplies inside these territories – the check-points, walls and road blocks which aimed to separate Israeli settlers from Palestinians in the West Bank and very often ended up separating Palestinians from Palestinians.

“These controls affect every aspect of their lives and are particularly acute in East Jerusalem and the West Bank where we have 6,000 staff which have difficulty accessing isolated communities in a control system which is dehumanizing,” he said and would only lead to further violence and hatred.

He described Gaza and its 1.5 million inhabitants as a city “under siege” in an inter-Palestinian conflict.

“We need to get in 500 trucks a day in terms of supplies and at the moment we only manage 75 through one single crossing point,” he said urging parliamentary committee members to send delegations to see the suffering for themselves.

“The only goods that can get in are essential medicines and foodstuffs, air access is closed off, movement by sea is next to nothing and the private sector and commercial business has collapsed,” he said.

On a positive note he said that the time had never been better to make progress with the Middle East Peace Process thanks to the overtures of the new Barrack Obama regime in the United States of America giving a window of opportunity.