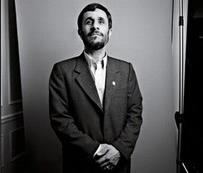 EVERY MEP is a member of at least one so-called Inter-parliamentary Delegation, which is designed to develop understanding and relationships between the elected politicians of Europe, and those from another country/region elsewhere in the world. Given the particular problems in the Middle East, I chose to be a member of the Iran Delegation.

That does not mean I have been able to visit Iran. Indeed, it is unlikely I shall be going in the future either. At issue is not the Iranian decision to accelerate research into enriching uranium, which could give this particularly repressive regime the opportunity to produce its own nuclear weapons and fulfil its declared aim of destroying Israel, but the actual name of the delegation.

The official name of the country is The Islamic Republic of Iran. Their government has demanded that the delegation name be changed, to reflect the “full, correct” name – otherwise, in their eyes, the delegation would not officially exist. Unless such a change was made, no MEP visits could take place.

Normally, there should be no problem in MEPs agreeing to call a delegation what that country calls itself, especially if a free trip would flow from such a name-change. But, the danger was that this would simply hand a propaganda coup to the Iranian regime. It could be portrayed as further proof that Iran could do what it liked and the EU would tag meekly along. We voted against the change by a massive majority. It was an important signal to send.

Names matter in the West as well. One of the main democratic groups opposing the Iranian regime is called the Peoples’ Mujihadeen. That name has unfortunate overtones of Islamic extremism, which is why the US and the EU branded the group a terrorist organisation, although it has not committed any terrorist acts. The very fact that Iran has also labelled it thus, should be reason enough to suggest it is not. I have formally raised this with the European Council. We should help all friends of democracy, and these friends need all the help they can get.

Certainly, it is good news that, on May Day, hundreds and thousands of ordinary Iranians braved the brutality of the security forces and took to the streets of Teheran to demonstrate against the regime. People power usually succeeds – in the end.

Meanwhile, another political decision, this time for the Germans, was whether or not to welcome Iranian President, Ahmadinejad, to Nuremberg for the World Cup finals. Apparently, he is passionate about the game. There were lengthy negotiations; however, the team’s early elimination from the tournament helped scupper a potential diplomatic run-in. I do hope that those dealings helped him understand the importance of playing ball with the West.