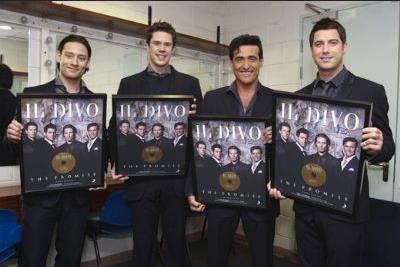 International singing sensations Il Divo were presented with double platinum discs by Sony Records after their successful concert in Lisbon.

The singers wowed crowds at the Pavilhão Atlântico on April 6 with renditions of songs from previous albums and from their current hit record, The Promise, their fourth studio album.

Urs Bühler, David Miller, Sébastien Izambard and Carlos Marín gave a spectacular concert to fans in Lisbon with some of the most memorable numbers being their performances of Hallelujah by Leonard Cohen and an inventive version of The Winner Takes It All by ABBA.