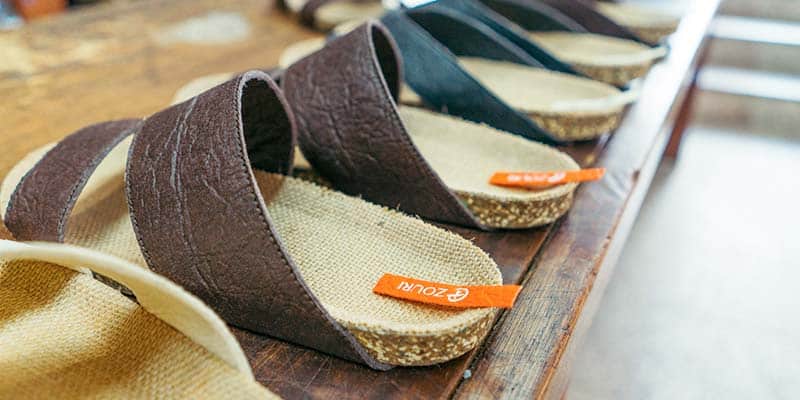 Two friends in the north of Portugal are using plastic that is recovered from beaches, along with other “ecological and sustainable materials”, to make and sell summer footwear.

The project is entitled ‘Zouri’ which is described as an “eco-vegan footwear brand”.

Each pair of footwear requires between 80 and 100 grams of plastic.

“To put this into context, we need around eight to 10 plastic bottles,” Adriana Mano, one of masterminds behind the project, told national news agency Lusa.

The idea came from a dream that Adriana and her friend António Barros had of using the plastic waste that they would often collect at beaches in Esposende to create some kind of “environmentally-sustainable product”.

As they both design shoes, the choice was obvious.

The dynamic duo partnered with Esposende council, which promoted a local beach clean-up initiative. All the plastic that was collected was donated to Zouri, which uses it to make the soles of the brand’s footwear.

Hopes are that they will be able to partner with other councils in the area.