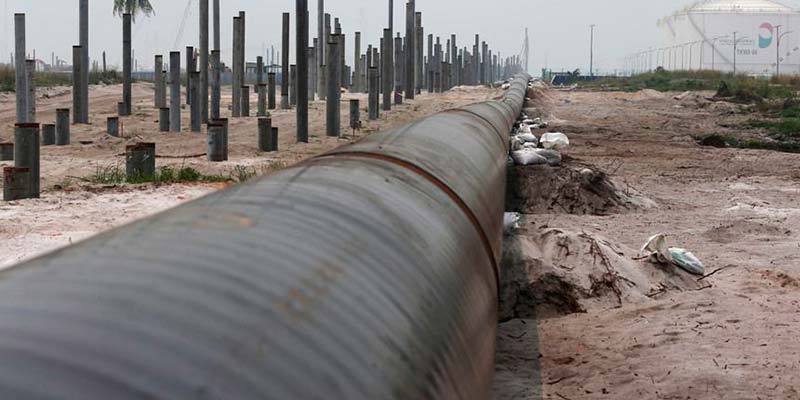 Plans for a pipeline pumping imported liquid gas from the United States through Sines into Europe have been dealt what looks like the final deathblow by Spain.

Portugal has already “complained to Brussels”, says reports. But Spain remains “unwavering in its opposition”.

The US plan to export large quantities of liquid natural gas into Portugal was a project that the country’s ambassador to Portugal George Glass started pushing enthusiastically last year.

He dubbed the plan “an opportunity for Portugal to think big and be very audacious” (click here).

There was a “vast scenario for economic growth connected to liquid natural gas” he said, describing the moment as “stimulating” for both countries.

But since then everything seems to have unravelled.

Ambassador Glass appears to have taken a back step. His once buoyant Twitter account is essentially dormant and the ‘competition’ that cheap US gas would have generated within the Iberian market’ has seen Spanish regulators enlist the support of French counterparts.

Back in February, both authorities scotched plans for a pipeline connecting Spain and France via the Pyrenees.

This pipeline would have been the vital link in the network, allowing US gas deep into Europe.

Indeed, it was a condition for the construction of the pipeline from Sines.

Thus the latest ‘announcement’ by the European Council – that the pipeline from Sines has been dropped from their list of priorities – was essentially ‘only to be expected’.

Nonetheless, Portugal is voicing its objections.

Among arguments in the pipeline’s defence is the need for Europe to reduce its dependency on Russian gas (said to be making up 40% of imports).

According to Portugal’s viewpoint, a pipeline – particularly one over the Pyrenees – could be used in future (when the use of natural gas may well have become obsolete) for the export of hydrogen “resulting from the production of renewable energy, which would help other European countries decarbonise their transports”, explains Público online.