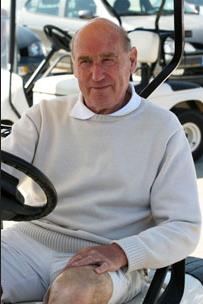 All the occupants of the plane were killed, however, further loss of life was avoided because the owners of the house involved in the accident were on holiday at the time.

Edwin Harman, 72, was playing golf on the Quinta de Cima course in the eastern Algarve when the accident occurred.  He was on the golf course when his friend, Peter Wood, received a call from his wife telling him of the terrible accident involving his home.

Peter told Edwin that a plane had “just clipped the house” and it wasn’t until later that the full extent of the damage became apparent.  “I don’t have much left by the sound of it,” said Edwin. “It’s awful. I have often thought that planes fly low over the house but we are right in the flight path.”

Luckily, Edwin’s wife, Patricia, had been on holiday too and was returning home at the time of the crash.  Patricia was being driven home by her brother after returning from Madeira (Portugal) and was only two minutes away from the door when the plane hit.  Edwin describes himself and his wife as “lucky, very lucky”.

The financial cost of the crash is yet to be calculated but Edwin was philosophical about the whole event. “I don’t think about material things, I just think how lucky we were not to have been there.  Now we just have to rebuild.  We don’t count our losses; we just hang on to positive thoughts”.

Although the couple have lost almost everything in the accident, Mr Harman chose to complete his golfing holiday and return as planned with the rest of the party made up of friends from his local golf club. “I set out this morning (Monday) adamant that I was going to enjoy my last day with my good friends. I can’t do anything about it here or now, only when I get back. It was a one in a million thing”.

Friends and relatives of the victims paid tribute to pilot Mike Roberts, 63, co-pilot Mike Chapman, 47, and passengers Richard Lloyd, 63, David Leslie, 54, and Christopher Allarton, 25, who were on their way to a motorsports event in France when the crash happened.

An investigation into the cause of the crash by Chief Superintendent Charles Griggs has begun.  Unfortunately there was no “black box” in the plane, although this is not unusual in a private jet.