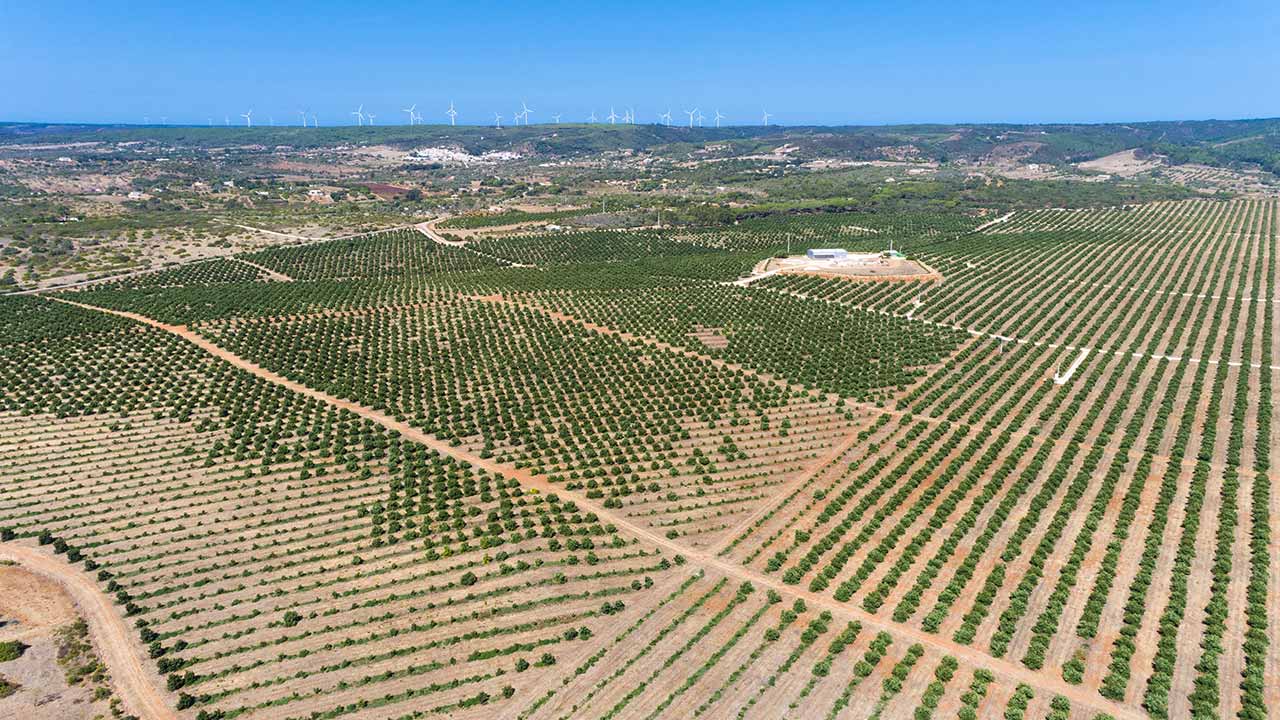 A plan (albeit far from being implemented) on how to ‘better manage’ demand for water in the Algarve was presented in Faro yesterday (Wednesday) as throughout the region concern is mounting over projects  involving intensive agriculture.

In Aljezur hours before the meeting, mayor José Gonçalves met with residents alarmed by work advancing on yet another ‘water-thirsty’ avocado monoculture.

He stressed councils can only do ‘so much’ – which he has already done (click here). It is down to civil society in vulnerable areas to mobilise and try and change policies which, even now, see monocultures of all kinds given the green-light without any apparent consideration of the effects they will have on water courses, the environment and ultimately people’s health.

Gonçalves was ‘on his way’ to the meeting in Faro where PREH (the regional plan for hydric efficiency) was presented in the presence of ministers of environment (João Pedro Matos Fernandes) and Agriculture (Maria do Céu Antunes).

Explain reports, ‘the construction of a dam on the Foupana river, desalination, a network for the re-use of waste-water and a connection from the Guadiana River to the Odeleite dam at Pomarão (near Mértola) are the major infrastructures that “could emerge” – though for the time being only one looks feasible (the network for the re-use of waste water).

In other words, all the other ideas – as vital as they may be – are essentially destined to sit on the drawing board as years go by where the absence of significant rainfall appears to be compounding.

The dam at Foupana is very much a medium, even long-term project. The study conducted in order to formulate PREH even describes it as “an eventual dam on the river of Foupana which could have storage capacity in the order of 40 hm3” (hecto cubic meters) and “could complement the catchment of water at Pomarão”.

But what of ‘right now’: a moment when rural homeowners in many areas are refused permission to sink boreholes; when they are completely dependent on water supplied in containers by local fire stations and when those lucky enough to have boreholes find them running dry during the summer months?

‘Right now’ when all this is happening, central authorities are continuing to green-light intensive agricultural projects – be they for ‘green gold’ avocados, red berries, citrus fruits, corn or salad greens.

That’s where the presentation seems to have taken on the mantle of anti-climax: “save, save, save” was the message from Matos Fernandes. Indeed, according to one report, it was “the principal answer for the scarcity of water in the Algarve… in the immediate, short, medium and long-term”.

Desalination, as marvellous as it sounds (“there will never be any lack of seawater”, the audience heard), appears to be too expensive for anyone to seriously contemplate, and wouldn’t qualify for the next round of community support funding (according to Matos Fernandes).

Yes, Portugal could try and get private investors involved, but the hypothesis of this seemed to trickle away as the environment minister described an added ‘problem’ of a desalination: the ‘by-product’ of brine.

It also became clear that the plan to take water from the Guadiana to pump to Pomarão could only be ‘short-term’ (finite even), as the Spanish are expected to river limit flow during drought years, which all agreed are likely to remain with us for the foreseeable future.

In other words, PREH has been presented. It is full of possibilities, or ‘large infrastructures’ as reports have trumpeted them, but very little looks set to change – certainly in the short or medium term – other perhaps than pressure being promoted to improve water usage and ‘save, save, save’.

Said agriculture minister Maria do Céu Antunes: “In order to continue to progress, irrigation will have to improve the way it uses water. Agriculture and the environment have to keep step”.

But it’s still not clear how this will be achieved.

image: aerial shot of avocado plantations around rural Barão de S. João (which has never before sustained this level of water-thirsty agriculture).