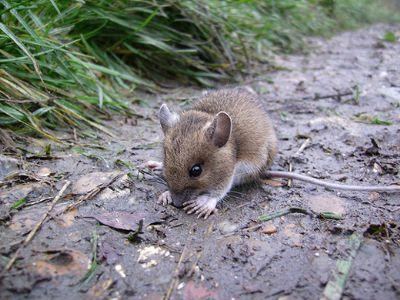 Living in Portugal by choice, it is sometimes easy to forget our reasons for coming here. To listen to some, grousing on about the driving, the cost of living, the bureaucracy and even the weather, it is a wonder they stay at all. For those of us who love our life here, even we can become complacent.

Chatting this weekend, someone said to me that Portugal gets into your blood somehow. This got me thinking and I realised how true that is. A subtle, evolutionary process occurs, almost like brainwashing, which once it has happened, is impossible to undo.

Returning from a short break away, travellers are immediately immersed back into the inimitable character of Portugal. The odd, new roundabout, the rural cottage next to a modern bar, the barking dogs, the moto-burros, all offer a welcome home. The air is heavy with a salty mixture of herbs, blossom and wood smoke.

Grilled chicken and sardines blend with garlic and the Algarve’s unique appeal. For the weak willed, the diet is forsaken and we stop to eat. Parking is easy, tables pristine, the menu familiar, one feels at home.

After too much food and earthy jugs of wine the colour of plums, the conversation flows, the sun warms the skin and the world feels wonderful. For us, before we have even reached home, we are putting off our everyday jobs in order to enjoy our life instead. The amanhã syndrome, so readily criticised in others, is embraced unreservedly on a personal level.

We appear to be in the middle of our annual mouse invasion. How they get in, who knows? We have checked pipes, extractors, etc. but somehow, every June one little family find their way in, breed under the bath and make regular dashes into the kitchen. This year, Cybil, our Persian red (a wholly unsuitable cat for a farm), is training up Winnie, a young tortoise shell, in the art of catch and kill. Two or three a day are being bumped off, usually over breakfast, so hopefully the whole family will be massacred by the end of the month. Our other three cats simply look on lazily, preferring the ease of a tin of Whiskas.

2009 seems to be a boom year for all manner of irritating fauna, with mosquitoes, gnats, wasps and hornets making their presence known. The Renault 5, currently being utilis,ed as a grain store, has become home to some noisy rats, steadily gnawing their way through the dashboard and the front passenger seat.

There was a time when all of this rodent activity would have sent me flouncing off to a B&B for the duration. I don’t know whether my lack of distress is an achievement, the final stage of my adaptation to farm life or an abject failure representing my acquiescence to the bleakness of life itself.

For such a mouse-coward, I have been rather unlucky, my life has been somewhat plagued by the little blighters. My mother shares the fear, so my childhood was completely mouse-free. Adulthood, however, has not been an easy ride. My first real exposure came while at university; it was there that I discovered rodents make me scream. My student bedsits were all infested to various degrees, including the discovery of one poor little chap that had electrocuted itself on a live wire at the back of my Baby Belling.

A three-month stay in Amsterdam was similarly blighted, as mice the size of poodles would amble around our rented apartment believing they owned the place. I had permanent tonsillitis brought on by the near constant-screaming. It was here that Martyn discovered the hilarious ruse of tossing a rolled-up pair of socks across the room, just within my peripheral vision – how we laughed!

Arrival in Portugal has not been much better with the beggars nipping in and out of store rooms, hiding behind rocks and leaping out of irrigation pipes. I even had a neighbour dangling one on the end of a pitch fork, millimetres from my eyes. One would have thought that all this exposure would toughen one up – not so. Try as I might, I cannot ignore them. The heart quickens, the brow sweats, the legs jellify and despite every effort at self-restraint, a high pitched, girlie scream escapes.

Last week I was cold. This week I have heat exhaustion. Temperatures today have hit 39 in the shade up here. Down in Portimão we couldn’t move for people dashing around carrying air conditioning units.

As I grow old (gracefully), I seem to be more and more interested in gardening and not so keen on looking after the vegetables. Many people take to gardening later in life, maybe it is something to do with leaving a lasting impact on the planet.

Another change that seems to occur is an almost obsessive aversion to paying for plants. Ivies are snipped at, agapanthus split and wayward ramblers ripped off walls. No plant is safe and no garden sacrosanct. The secateurs are carried at all times.

After some practice, one becomes quite deft at whipping them out, snipping a stem or two and returning them, unnoticed. Martyn has got the bug now and earlier this week parked up on the N125, sprinted across two lanes of traffic and attacked an unsuspecting Oleander. This particular wild Oleander has a profusion of beautiful butter-yellow flowers, a colour I haven’t previously seen. Before you could say traffic violation, they were snipped, secreted and potted up.