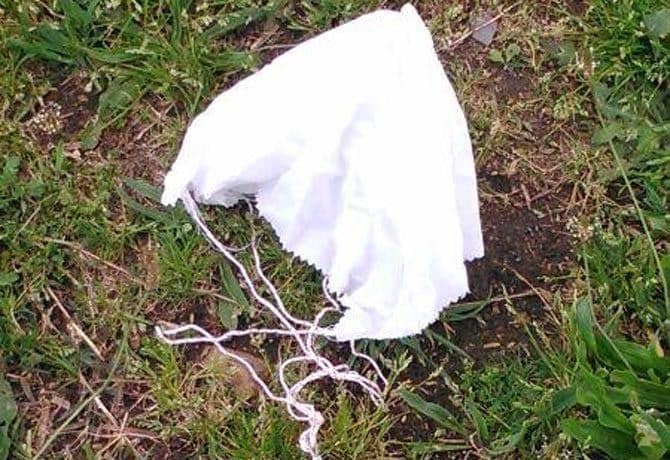 With the country on full fire alert this weekend, and temperatures set to hit summertime records, PJ police in Albufeira are investigating a sinister arson attempt on scrubland in Albufeira.

Similar devices have been spotted throughout the region and elsewhere in the country – not only this year. It appears to be one of the more chilling methods of fire-raising, as it is clearly well-planned.

How the incendiary devices are launched though has not been fully explained.

Locals in Aljezur witnessed a similar device device flying over the valley between the old town and new last summer. It extinguished however before landing.

This latest incident also failed as locals tackled the small fire it started the minute the device hit the ground.

GNR police were called immediately, reports Correio da Manhã They handed the investigation over to the PJ, with the remnants of the device as evidence.

Says the paper, it was made of fabric and attached with metal wire to a small parachute.

“Authorities suspect it was launched from a moving car, with the use of a kind of catapult”.

The device is being tested by forensic experts to see if they can find any clues as to its origin.

Photo: Image of remnants of another incendiary device found in Spain