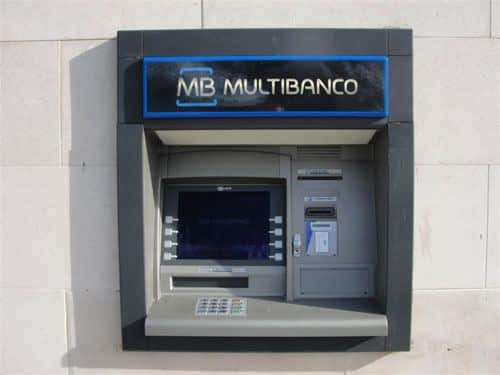 Anti-terror police from the Polícia Judiciária have finally swooped on the armed gang believed to be responsible for a swathe of terror-attacks on ATM machines along the Portuguese west coast south of Lisbon. In less than 18 months, 11 ATMs (Multibanco machines) were blown up, netting thieves over €250,000 in cash and causing hundreds of thousands of euros worth in damage.
The worst attacks took place on machines in fuel stations – like the one in Seixal just after Christmas. A large part of the building was reduced to rubble, with wreckage projected many metres up and across the street. In a number of attacks, neighbouring homes had their windows blown in because of the force of blasts, all provoked by the robbers having rigged up gas bottles to an explosive device.
The group – thought to have started with just four men, but later to include more – has been hunted by a large operation of police officers, around 100, writes Correio da Manhã in its article on the arrests.
The eight men detained last week are all known criminals – one has already been in jail three times, says the newspaper, while others have previous convictions for violent robbery, attempted murder and drug trafficking. One even posted images of himself with sundry weapons on Facebook.
The men, aged between 22 and 60, have all since appeared in court and will now face a variety of charges.
Correio da Manhã reports that the PJ’s anti-terror squad has already detained 125 people for ATM heists over the past few years.
This particular group’s last robbery was in Santiago do Cacém on February 20.