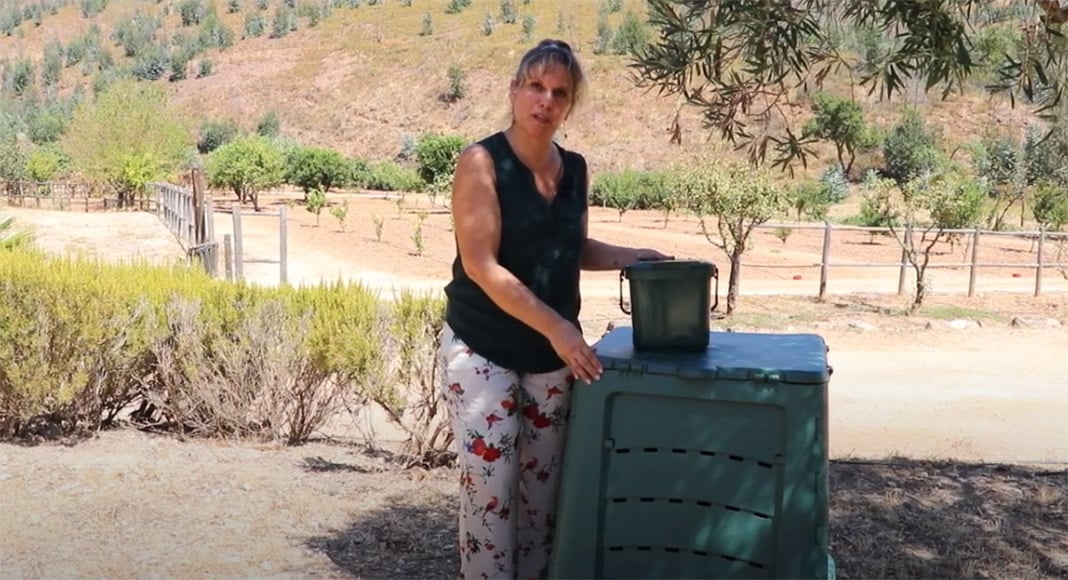 Silves council has launched a pioneering home-composting scheme this weekend, delivering the first ‘composting kits’ in São Bartolomeu de Messines at 10am on Saturday.

The kits are a way of celebrating “World Habitat day” but the overall idea is to get citizens to sign up to the initiative and receive their own kits (meaning, composting bin and bucket) as well as training, so that the municipality can start really doing its bit for the environment.

As mayor Rosa Palma says in the clip, “it’s a campaign to make the most of our biological waste, whether vegetable peelings or waste from the garden/ orchard”.

Training is being offered to show people how best to compost, and hopes are that the project will spread to other boroughs and reduce the amount of unnecessary waste going into landfill.

This first phase of the scheme is being rolled out in the parishes of S. Marcos da Serra and S. Bartolomeu de Messines, both of which are eligible for 85% cofinance from the European Cohesion Fund.

Explain reports, the correct management of waste “is one of the most complex challenges of contemporary society” as it demands “elevated levels of education, and civic and environmental consciousness”.

This is the goal of Silves borough: to make its citizens aware of how much a relatively change in behaviours can go a long way in achieving sustainability.