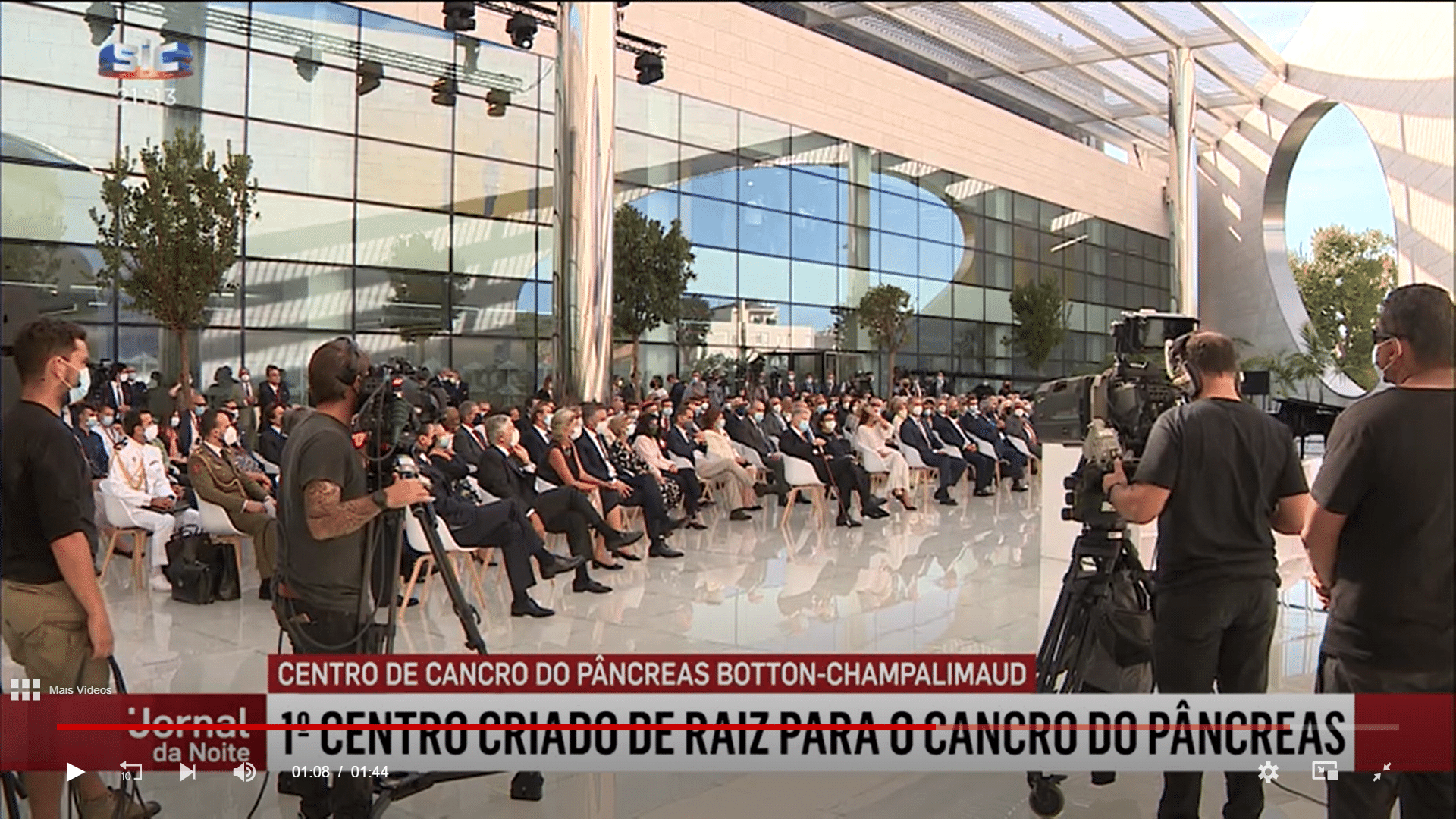 The promise of an advance, finally, in the treatment and combat of one of the world’s most lethal forms of cancer solidified yesterday with the inauguration of the riverside Botton-Champalimaud Pancreatic Centre in Lisbon.

The ambition behind the “unique structure” set over 12,000 square metres next door to the “mother ship” building of the Foundation’s Centre for the Unknown, is to give patients hope.

Right now very little in the way of how to combat this disease has moved forwards in the past 50 years – yet it is ‘on the rise’.

As reports explain, it is already the fourth cause of death by cancer in Europe “and it is estimated that in the next 20 years, the number of new cases could increase by more than 70%”.

Thus the urgency to find new treatments and early diagnostic methods (because like so many cancers, the symptoms of this form are “frequently absent or non-specific” ) as well as the importance of researchers and doctors coming together.

As such the Botton-Champalimaud centre has already developed the first strategic partnerships with other dedicated cancer centres in Asia (Shandong University in China), Europe (Gustave Roussy Institute in France) and in the USA (University of Pittsburgh Cancer Research).

None of this would have been possible without the financial input from fabulously-wealthy Spanish couple, Maurizio and Charlotte Botton (of the family behind multinational food company Danone).

The couple donated €50 million towards this new centre and were in Lisbon yesterday for a ceremony marked by the presence of Spanish royals Filipe VI of Spain and Letizia Ortiz, President Marcelo, former presidents Cavaco Silva and Ramalho Eanes and a veritable Who’s Who of government ministers, past and present, along with many other dignitaries.

“What a beautiful gesture”, President Marcelo said in his speech, referring to the Great Cross of the Order of Merit that Portugal has bestowed on Maurizio and Charlotte Botton for their extraordinary act of generosity.

Nothing was said of the very likely personal tragedy behind the Botton’s donation, but previous literature put out by the Champalimaud Foundation has cited one victim, a computer science professor, who explained that “nobody talks about this cancer because its victims die too fast…The youngest and most innovative scientists are not interested because there is no money for research in this area. And if this goes on, there will never be a cure.”

Chemotherapy and surgery are no longer enough in this battle, the “future lies in genetics”, he said.

Carlos Carvalho, medical oncologist working at the Champalimaud Clinical Centre in Lisbon, explains the new centre’s multidisciplinary teams will strive to offer “different options of combinational and individualised treatments that may include surgery, chemotherapy, radiotherapy, and even more innovative therapies that usually involve a more detailed genomic-molecular characterisation of the tumour or the inclusion in specific clinical trials”.

The centre – which will house two laboratories used by up to 200 investigators – will begin accepting patients from January. Its three surgical blocs will have the capacity to operate on 10 patients per day, while there are facilities for 25 in-patients and 15 further requiring intensive care.