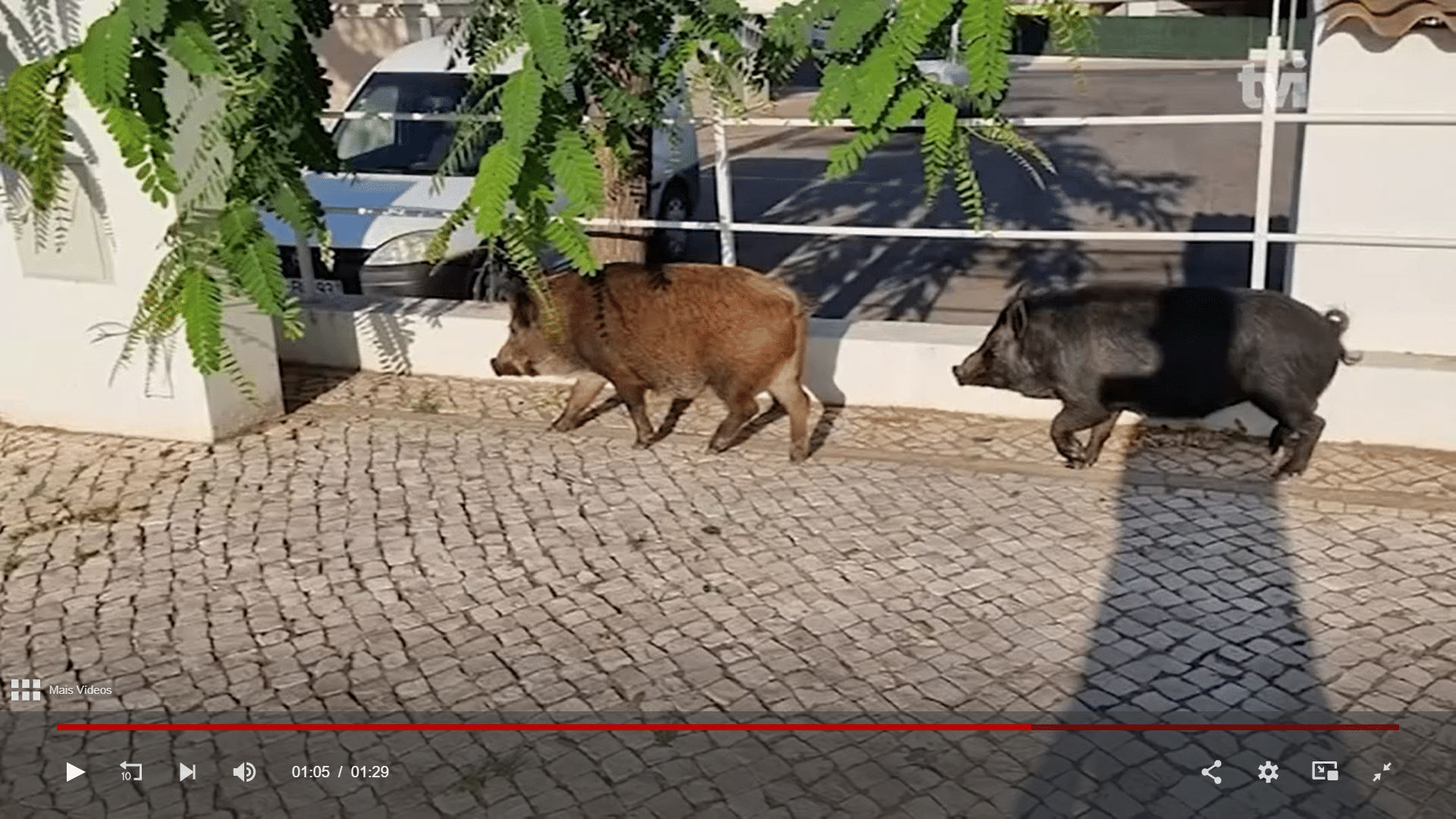 A pair of pigs have become local celebrities in Albufeira today, starting bright and early with a contended walkabout near Olhos d’Água. “They seemed very happy with life”, a local interviewed by TVI has explained. But life being what it is these days, it wasn’t the kind of activity that could be left unaddressed. GNR police were called, and the two little pigs “which appeared to be very docile”, were rounded up, put in the back of a van, and returned to their owner. It is not the first time they have done this, said TVI. But it appears no harm whatsoever has come from their urban adventure.