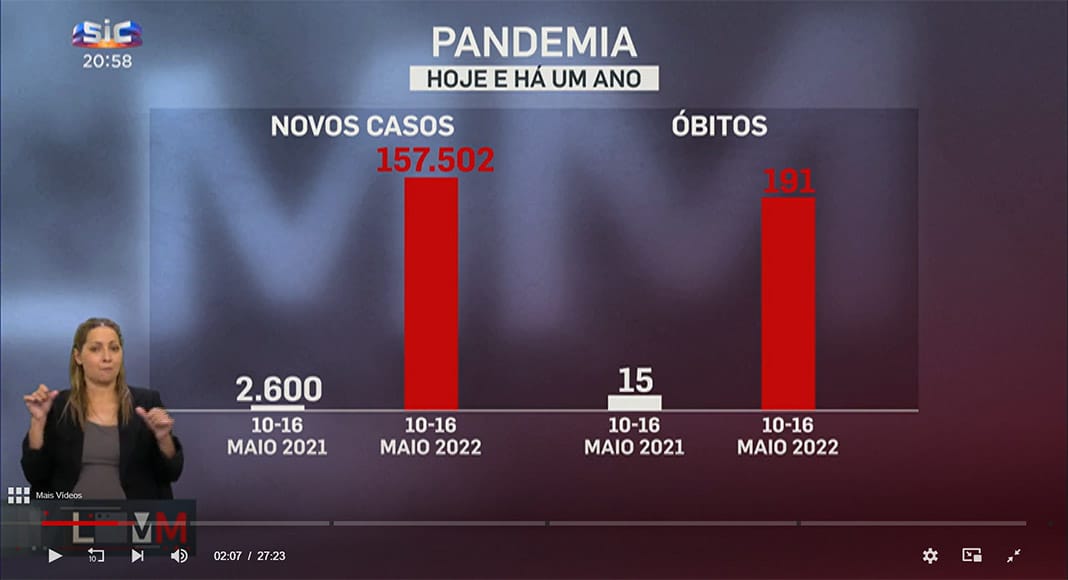 The galloping number of Covid cases and increasing number of deaths have prompted the government to change its stance on ‘free tests’.

These will now be available through selected pharmacies as long as people requiring them have a medical prescription.

The change came into effect this week and will run until June 30, a ‘portaria’ (decree) has announced in State gazette Diário da República.

Say reports: “The government justifies the measure due to the very elevated incidence of Covid-19 in Portugal which is registering a growing tendency.”

Diário de Notícias adds that the “worsening of the pandemic” may be down to the increase in circulation of “variants with greater transmission potential”.

The BA.5 lineage of the Omicron variant is currently believed to be the dominant (highly transmissible) strain on national territory, albeit it is only proving ‘serious’ for the very old and/or immunocompromised.

That said, television commentator Luís Marques Mendes had some fairly devastating graphs to show in his regular Sunday night slot on SIC television, demonstrating that not only are infections vastly up on numbers of the same period last year, so too are deaths and indeed internments in hospital.

While there were 15 deaths recorded in the week May 10-16 in 2021, this year the number was 191. Internments in hospital are six times more than they were this time last year (albeit ICU cases remain much the same).

“Surprising” was the word used by Mr Marques Mendes to describe the figures emerging from his comparisons. Surprising too was the fact that both he and news anchor Clara de Sousa insisted that there is ‘nothing to worry about… no need for a new confinement or even a (legislative) return to the wearing of masks’.

But what neither really alluded to was the fact that Portugal, as the most highly vaccinated country in Europe, is also now in the “worst position” within the bloc when it comes to dissemination of the virus (this “worst position” was mentioned in passing by Mr Marques Mendes).

Elephant in the room

Writes senior editor of Conservative Review Daniel Horowitz in an article entitled “The more you vax, the more you…”: “At 234 doses administered per 100 people, Portugal is the most vaccinated large country in Europe. Yet as of May 17, according to Our World in Data, Portugal had the highest COVID case rate in Europe and the second highest in the world. This is after 94% of the population have had at least one dose, and 62%, which encompasses anyone remotely at risk for the virus, got boosters”.

“At some point, we need to have a dialogue not just about the ineffectiveness of the shots, but something much more concerning. It’s not just the negative efficacy against cases that should bother us. We were all told that the shots, despite their plethora of potentially deadly side effects, still protected against critical illness from COVID. However, again and again we are seeing the most vaccinated countries having their worst death curves (not just case curves) precisely after having boosted their population and with a variant that is much less deadly than some of the prior ones.”

This dialogue, however necessary, does not yet appear to be taking place. Indeed, the DGS (national health authority) has not even responded to questions about the purchase of ‘updated vaccines’.