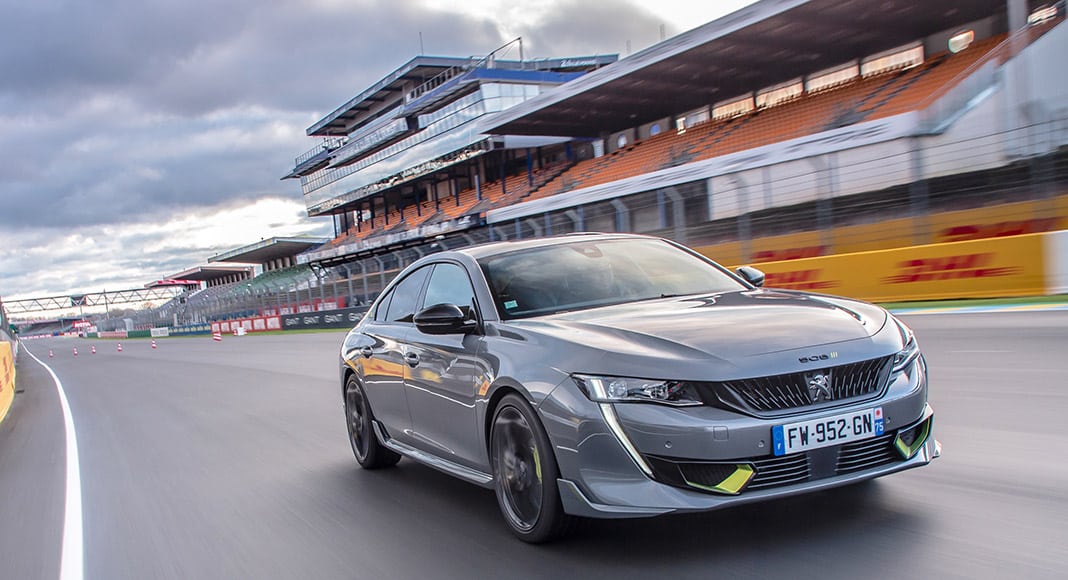 Peugeot has been thinking about the future and the 508 PSE is the result.

The Peugeot 508 PSE is a curious car. It pioneers a new segment within the Peugeot range, called Peugeot Sport Engineered, a catalogue of cars that will aim to showcase the future of performance in an eco-aware car industry.

This means big engines with high CO2 outputs are gone, replaced by much smaller units helped by electric motors. Inevitably, sporting cars will have to go the hybrid route to remain alive and Peugeot – one of the market leaders in electrification – did not want to wait any longer.

The famous GTI moniker is dead and, from now on, sporting Peugeots will wear the PSE branding. This is where it begins, with the 508, in both saloon and station wagon.

That tells me two things: one – the future of performance is not cheap, as constructors have to develop new solutions to achieve the same goals as before while emitting a lot less CO2; two – Peugeot have thrown the kitchen sink at this model, using it as a testbed to understand where the industry is going and how people will respond to a new kind of Peugeot.

The 508 PSE is the most powerful road car the French from Sochaux have ever built and, arguably, the boldest in technological terms. A 1.6 four-cylinder turbocharged petrol engine putting out 200 horsepower is combined with an electric motor on each axle; these can be used to enhance performance driving or power the car in EV mode alone. In absolute terms, they produce 110 and 113 horsepower, but due to heat management restrictions, total output of the 508 PSE is rated at 360 horsepower.

The four-wheel drive system combined with a well-calibrated eight-speed automatic gearbox mean 0-100km/h in 5.2 seconds, a very respectful number for a car weighing in at 1875 kg in Station Wagon guise. From 80-100 km/h, it takes but three seconds dead – that’s the 520 Nm of torque working. It is electronically limited to 250km/h, with that number coming down to 130km/h in pure electric mode.

That is only one of five driving modes: Electric, Comfort (a more comfort-oriented hybrid mode), Hybrid, Sport (all 360 hp available and a more aggressive mapping for the throttle, suspension and steering) and 4WD (especially developed for low-traction environments).

Now get this: it has a WLTP homologated fuel consumption of 46g/km, which is the equivalent to 2,03l/100km. In a 360 horsepower car! Pretty amazing, even if we know that is virtually impossible to achieve in real world driving. But with 46km of electric range and plug-in capability available, when the 508 PSE is used to the maximum of its eco-capabilities, you could end up with a car that is actually sporty and eco-friendly at the same time.

Design-wise, this is one aggressive machine. The new 508 Station Wagon was always a looker, but everything is turned up to 11, from the specific Selenium Grey paint, to the new Kryptonite griffe that will sit alongside the Peugeot logo on PSE models, all the way to the aerodynamic blades on the side skirts and front bumpers, rear integrated wing, massive diffuser and rear tinted glass. The Kryptonite brake calipers with their Peugeot Sport Engineered inscription look fantastic as well.

Just so there is no doubt this car means business, Peugeot have given it gigantic Alcon brakes and Michelin Pilot Sport 4S tyres. It surely corners with sure-footedness and shows no signs of being out of its environment when you push it a bit harder. Happily, the 508 doesn’t surrender its comfort credentials in any situation and remains a supreme cruiser above all – just beware of the speeds you can carry in this thing.

The interior is quite well appointed and feels genuinely sporty. Some bespoke touches like the fluorescent yellow Kryptonite stitching, dials and the insignia on the steering wheel set it apart from standard 508s. The Focal hi-fi system is great, the seats can be set really low in the cabin for a sportier driving position, boast a massage function and look spectacular in alcantara and nappa leather.

The i-Cockpit infotainment is one of the most complete on the market and suits the technological orientation of the model. It marries its 10-in driver display with the top-spec central 12.3-in touchscreen.

The 508 PSE is definitely an interesting creation. It shows Peugeot is worried about drivers’ cars that still want to get out and drive for the sake of it in a reality where it is hard to meet growing restrictions. If its electric range was 50km instead of 46km, it would have qualified for a 75% reduction in ISV, the national car tax. The ridicule of these 4km show how laws and regulations still have a long way to go to meet the speed of development of the industry.

As it is, this is a car aimed squarely at company buyers, as in certain conditions it can get under the threshold of €50,000€ + VAT. For potential private clients, the €70,000 price tag may just be too much to digest. A shame, as this is a very good car and an excellent Peugeot. 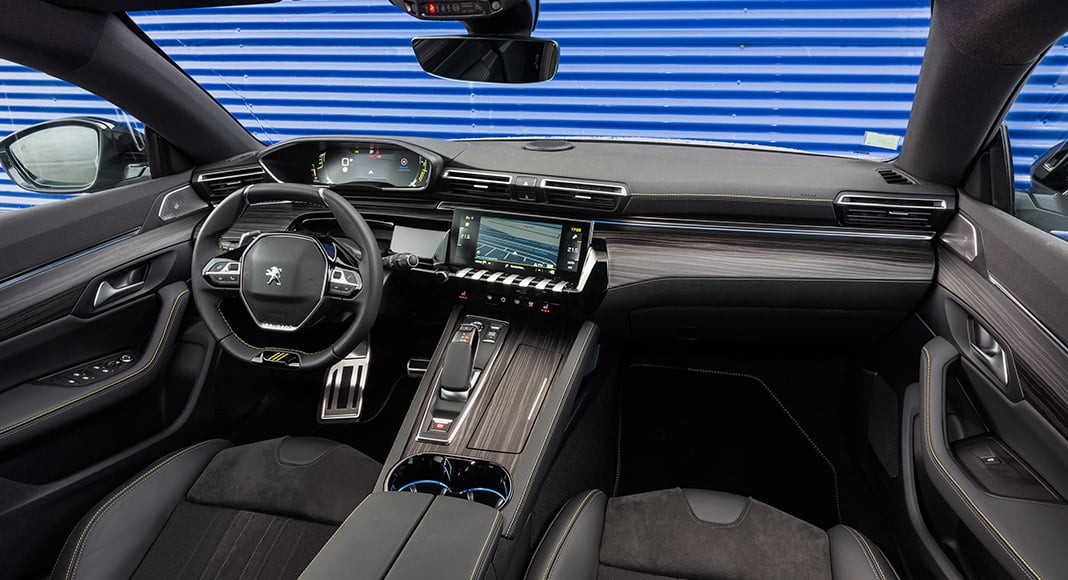 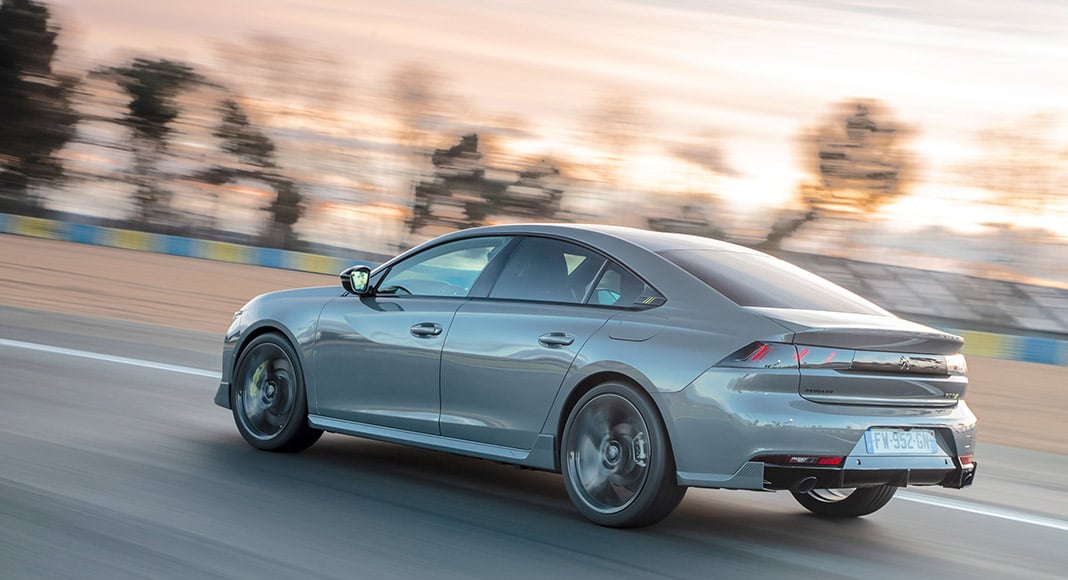