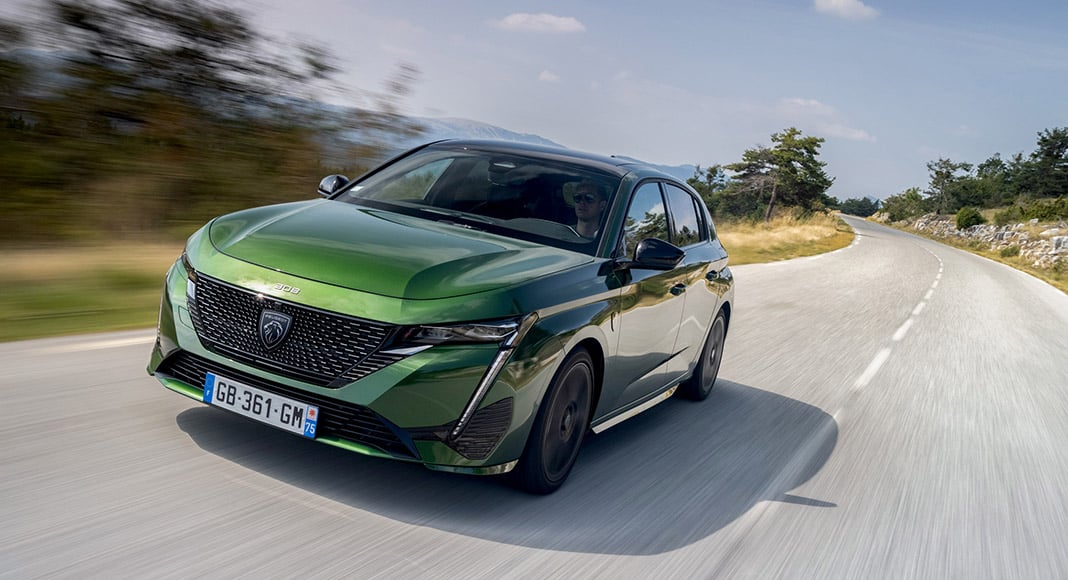 The new 308 is the best hatchback Peugeot have ever produced. And also one of the best looking.

Soon it will be very hard to drive a press car that is not electrified in some form. Mild-hybrid, hybrid or pure EV, it does not make any sense to talk about them as the future – electric motoring is here, and it will likely never go away again.

I have been driving a lot of pure EVs lately – like the Mustang Mach-E I wrote about last time around – but I will try not to write about one every week. To me, an electric car can never be as interesting as something that uses fire and explosions to propel itself, so I think I must try to balance things out and still find relevant examples of all kinds of vehicles.

I believe this week’s new Peugeot 308 fits that bill. If there is a brand on a roll, it has got to be Peugeot and not just because it became the best-selling constructor in Portugal last year after 22 years of Renault dominance.

Ever since the Portuguese Carlos Tavares took over the French name in 2013, he has implemented a spectacular strategy that has seen Peugeot revamp their entire line-up and reposition their models to sit atop of their respective segment. This is much easier said than done but he managed it quite successfully – and then some.

The SUV offensive has been particularly ingenious, with the 2008 and 3008 sweeping their respective segments. The bigger 5008, as I wrote in these pages, is, put simply, one of the best cars in the world, period.

The new 308 is, therefore, very important. As the electrification strategy spreads across the whole range, the family hatchback must build on the strong image laid by those SUVs and bring sexy back to a segment that has been dormant, with all the attention going into SUVs.

The 306 of 1993 was one of the most beautiful hatchbacks ever made, but the 307 didn’t have the same kudos, nor did the first generation of the 308. The second-gen car was much better, but this new one is an enormous step from previous efforts in every way: the 308 looks fabulous to my eyes.

It’s quite aggressive but without being overdesigned. The new Peugeot grille is big but not too big, and the back is something new and fresh but without losing a kind of traditional, classical beauty. It definitely turns heads, especially in bold colours.

This car also premieres Peugeot’s new logo, which I think looks really good too. Very modern but with a retro vibe that harks back to the brand’s unique history. Lest we forget, Peugeot is over 200 years old.

Under the skin, the 308 is not as revolutionary. Its underpinnings are an evolution of the previous model (nothing wrong with that) and sit on the EMP2 platform, which accommodate and will accommodate many models in the Stellantis roster, such as Peugeot’s own 3008, but also Opel’s new Astra. This platform is pivotal for Peugeot’s plans, as it can house combustion engines with or without electrification, making it very valuable in terms of product strategy and scale economies.

This means the 308 is available with petrol, diesel and petrol-hybrid versions. Logically, Peugeot expects the hybrids to represent a very significant part in the sales mix, especially the 308 Hybrid 180, the car I tested for a week.

It uses a 1.6 petrol engine mated to a 12.4kWh battery developing 180 horsepower. Electric range is 60km and official CO2 emissions stand at 25g/km. The automatic transmission is an eight-speeder. Out in the real world, using the hybrid capabilities to the fullest, which means topping up the battery overnight and always using its 50km of range, I was averaging under 3 litres per 100km.

The 308 feels very much like a quality product, offering surprising refinement for its class and a noticeable depth of engineering that translates very well into everyday use. Being a hybrid, I tended to try to maximise efficiency at all times, but the 308 can do the twists and turns of sportier driving just as well, with a communicative front end and lots of grip.

Without almost 300kg of batteries and other electric gubbins to carry around, the 308 could have been even more responsive, but it never disappoints.

The cabin is yet another sign of the efforts Peugeot have gone to in order to elevate the brand into something closer to the premium names. Soft materials and a careful mix of textures make the interior ambience a very nice place to be. The ride is excellent, as is sound insulation – that depth of engineering I mentioned is pretty clear in every aspect of the car.

I drove a GT trim option, the top of-the-line of the range and also the sportiest choice. It boasts a specific grille, the famous lion’s claw headlights and dedicated sporty inserts. Inside, leather meets alcantara for a sportier feel. The downside is the €43,000 it costs to take one home in this spec, but 308 prices start at €25,000 for the 1.2 petrol in entry-level Active trim. Now that is outstanding value for money. 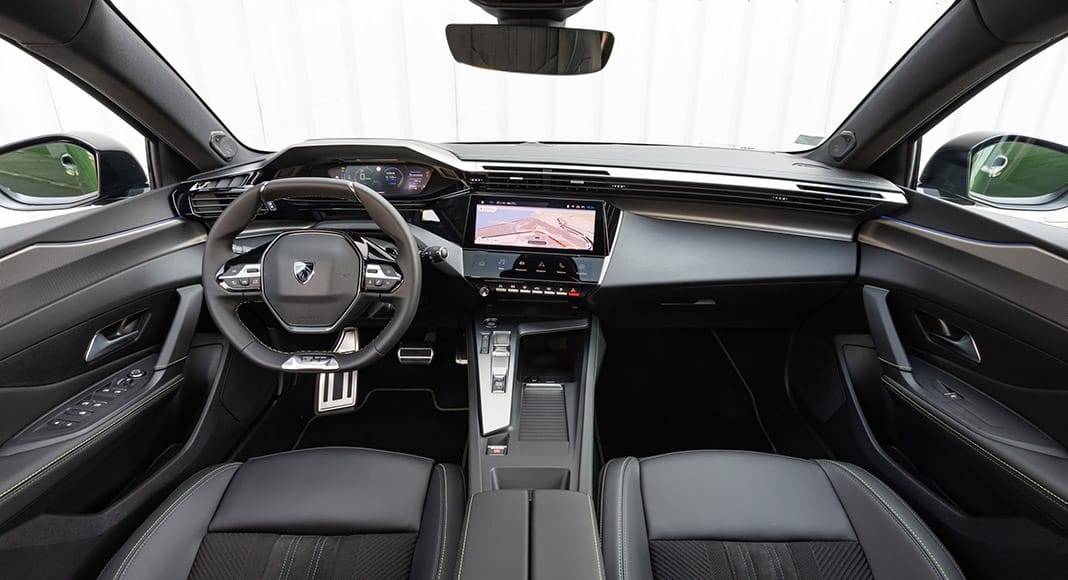 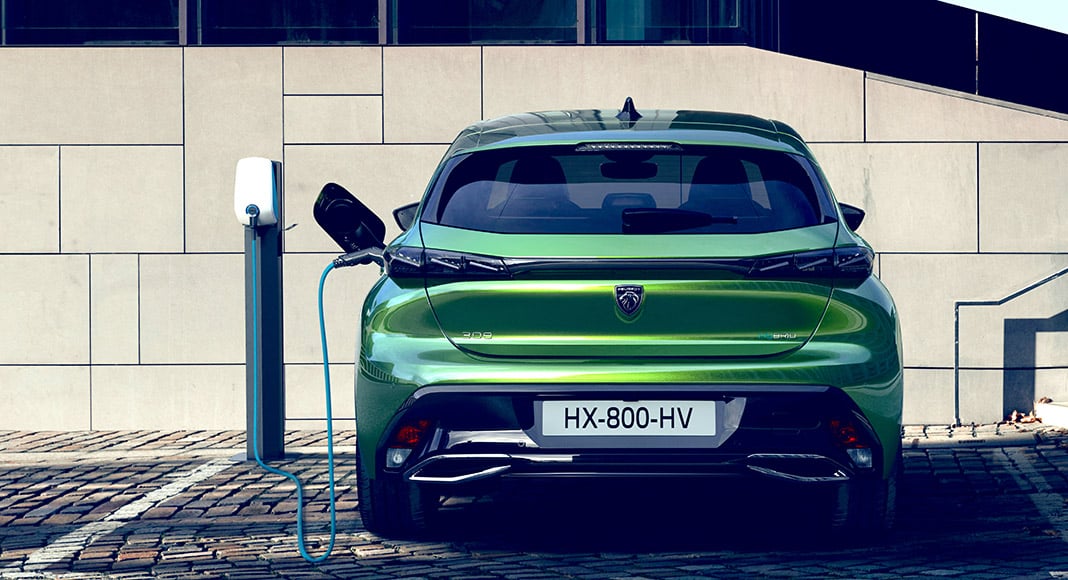