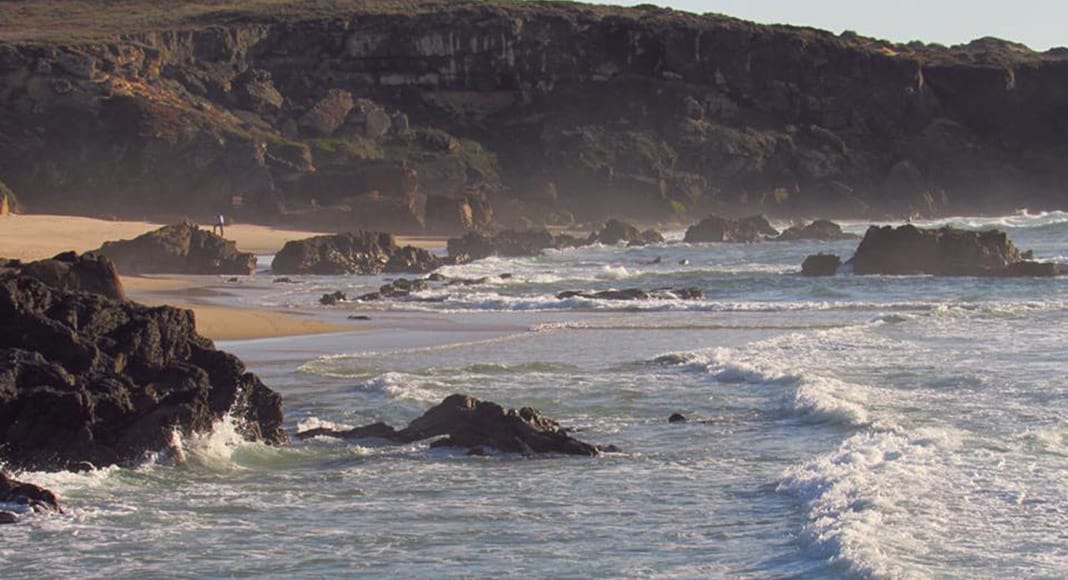 Juntos pelo Sudoeste, a group of citizens determined to save the west’s Vicentina coast from the “uncontrolled advance of intensive agriculture” has today delivered a petition into parliament of almost 6,500 signatures.

The objective is to force a repeal of the decision – made in the era of the last minister for Agriculture – which actually opens the park up to even more hectares of plastic greenhouses.

These greenhouses – tended in the main by immigrants living on miserable salaries in equally miserable conditions – already cover over 1,600 hectares of the Parque Natural do Sudoeste Alentejo e Costa Vicentina (PNSACV).

This in itself goes against the very values of the park – which is meant to be ‘protected’ as part of the Rede Natura 2000 network of sensitive environments that merit preservation.

But on October 24 last year – much to the disgust of environmental association ZERO (click here) – the government approved a measure that ostensibly triples the area authorised for greenhouses, a scenario Juntos pelo Sudoeste claims is beyond ‘unsustainable’.

Says the group, the situation as it is now already “compromises the social, environmental and economic integrity” of the Odemira and Aljezur regions.

This is before one takes into account other aspects of this kind of agriculture which involves hundreds of litres of pesticides – not to mention water – and workers housed in metal containers, blighting the ‘natural park’ even further.

Explain reports, the movement “criticises the State for failing to preserve valuable ecological heritage”. It is particularly scathing about the lack of monitoring by the Institute of Nature and Forestry Conservation, claiming there have been scant checks on the environmental impacts of kilometres of greenhouses: impacts to groundwater, the soil, the air and particularly to the biodiversity of the many areas involved.

Said the group, the current situation is “as unsustainable as it is explosive”. A business model that degrades the land makes no sense in a natural park. It is time for “reflection and consistent solutions that respond to the concerns of the population and other sectors fundamental to the south west region”.

This isn’t the first bid for sense when it comes to the rampant expansion of greenhouses along the south-west coast.
Former mayor of Aljezur José Amarelinho vowed back in 2017 to “do everything possible to fight against the spread of plastic greenhouses that hide tales of human misery and contribute nothing to the local economy”.

Months later, in 2018, an inspector working with SEF, the foreigners and frontiers agency, described human trafficking in Portugal – particularly in the Alentejo – as ‘out of control’ and the equivalent of 21st century slavery (click here).