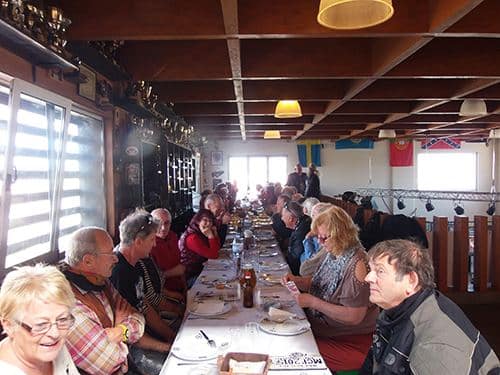 An online petition has been created to stop further degradation of the Monchique’s 17th century Franciscan Convent, which has been “abandoned by the authorities and left to be squatted by a family who has lived there for 36 years”.

The Convento da Nossa Senhora do Desterro (Convent of Our Lady of Exile) stands imposingly at the top of a hill overlooking the town of Monchique and is described as a local symbol with its unique Manueline architecture.

Defenders of the convent are now requesting that the public sign the online petition, which at the time of going to press had less than 200 signatures, so that it can be sent to Parliament for discussion.

It appeals to the authorities, including the local council, the Secretariat of State for Culture and the IGESPAR (the institute for the management of patrimonial and archaeological heritage), to take urgent action and restore the convent so that it can become a site that people can visit safely.

The petition states: “It’s urgent that the authorities preserve the convent and make it safe for people to visit as well as provide better conditions for the resident family, the natural guardians of the building.”

The Algarve Resident visited the site recently and can confirm that the monument has fallen into a serious state of decay and disrepair.

Graffiti has gradually spread around the walls of the building with messages painted in red suggesting that visitors should keep away. Words such as “private”, “family” and “dog” can be read in English.

We tried to speak to the family by knocking on a side door to the convent but no one answered. Access to the inside of the convent was virtually impossible with doors and windows bricked up and dense vegetation blocking entry.

In 2007, the Algarve Resident reported on the poor state of the building and, at the time, our reporters spoke to a man guarding the side door. He wished to remain anonymous but allowed us to view the inside of the building.

The Convent was bought from its private owners in 1985 by Monchique Câmara, who put the reconstruction of the building to tender in 2003.

In 2004, a project to convert the monument into a luxury hotel was approved by the old Portuguese Institute of Architectural heritage (IPPAR), which is now the IGESPAR.

The project to build a 24-room hotel, with swimming pool, aimed to maintain the façade of the convent and see the retention and restoration of original features.

Plans were put on hold but the Algarve Resident is aware that talks have been held by the câmara in a bid to find a viable solution for the building.

A spokesman from Monchique Câmara said: “Once the Convent is restored, this will be a place worth visiting with high socio-cultural, tourist and economic interest for Monchique and the Algarve.”

The Convento da Nossa Senhora do Desterro shows the now rare Manueline or Portuguese Late Gothic architecture of the period in which it was constructed. Many of the buildings from this period were destroyed during the 1755 earthquake.

An article describing the architectural features of the Monchique convent was published by the Algarve Resident in 2007. Find it under link. http://www.algarveresident.com/22127-0/algarve/national-monument-abandoned