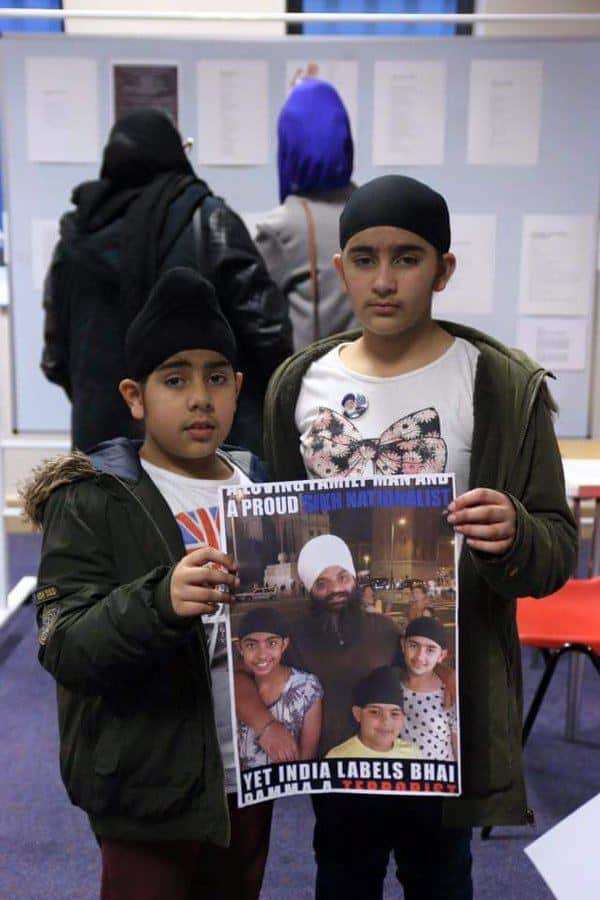 A petition lodged with the European Parliament’s Petitions Portal has turned up the heat in the six-week long battle to save a father-of-four jailed in Portugal on an Interpol Red Notice.

Backed by human rights organisations and “citizens and residents of the European Union”, it sets out, point by point, why Portugal is in breach of EU Law and the UN 1951 Refugee Convention – recognised in almost every country of the world.

And it shows, yet again, the determination and force underway to free the man India has dubbed a terrorist, but which his own Sikh community guarantees is simply a “hard working family man” and asylum seeker from oppression.

To understand the background to the story that suddenly involved Portugal on December 18 when commercial truck driver Paramjeet Singh Saini, his wife Pinky and their four children arrived in the Algarve for what they thought would be a relaxing family holiday, one has to go back in history and understand the animosity that exists in India towards Sikhs.

It is a bloody litany of humans rights atrocities that Sikhs accept may never be fully understood by the rest of the world.

Thus, news stories released when 42-year-old Paramjeet was arrested on the basis of an Interpol Red Notice at a hotel in Albufeira, led readers to believe he was “dangerous and violent”: a terrorist, responsible for bombings and killings in an area of India marked by the struggle for separatism.

Since then, lawyers, human rights activists and fellow Sikhs throughout the world have been battling to put the record straight.

This latest development, lodged in the name of Mr Singh’s wife, should leave no doubts in anyone’s mind that the arrest in December last year was all wrong.

In a nutshell, the petition explains that Portugal “as a signatory to the 1951 Refugee Convention and member of the EU should not detain and extradite a third country national who has been granted asylum/ refugee status by another Member State”.

It also reiterates the policy implemented by Interpol last year “to remove Red Notices of individuals who have been verified as refugees”.

Portugal is “duty bound”, the petition states, “to allow Paramjeet Singh to go back to the United Kingdom where he has valid refugee status”.

A decision to extradite would be in contravention of the Treaty of the Functioning of the European Union and the Dublin Regulations, protecting asylum seekers under the Geneva Convention, and it would amount to what in legal terms is called “re-foulement” to a country where Mr Singh “will be persecuted”.

How things got this far down the line – with all the laws and conventions in place – we may never know. But all that matters in the end, a source told the Resident, is that “Paramjeet comes home”.

In the UK, the Sikh Federation – powering moves to publicise the case – has tweeted: “Today we are urging Sky News, BBC TV News, ITV News, C4 News and 5 News to cover story as he prepares for court”.

The deadline for India to formalise its case against Paramjeet Singh Saini expires next Tuesday (January 26).

With a four-man team of police from India understood to be arriving in Lisbon to take Mr Singh into custody, it is unclear when judges at Évora’s appeal court will make a decision.