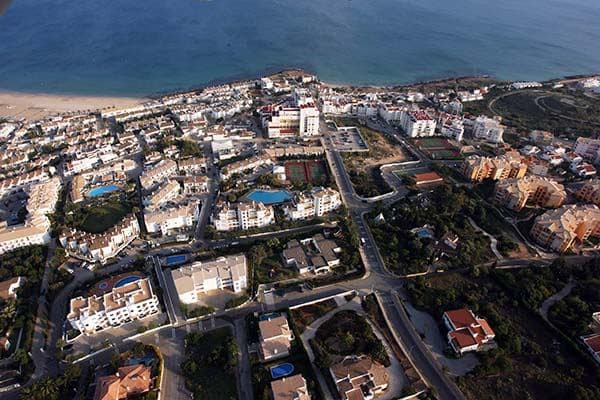 Praia da Luz residents are up-in-arms yet again. After the start of the summer was marred by battalions of police digging up the village in their searches for clues on the fate of Madeleine McCann, villagers are now concerned that a three-storey hotel could spring up on the main dig site.
Known locally as the Miradouro, the project is an old one – but nonetheless an ongoing concern.
Local association Miradouro da Luz has raised a petition which it hopes will persuade the local council to think again.
Said a member: “We are not objecting to the fact that Luz needs a new hotel, just that it doesn’t need one on this plot which has always been earmarked for leisure areas”.
“Just imagine driving into Praia da Luz from Burgau, and seeing a huge building completely out of place with its surroundings?”
Lagos council would not comment on the story, nor confirm or deny whether they were considering a hotel on land earmarked as green space.
The site shot to fame for five long days earlier this month as the world’s media focused on the Metropolitan police-led excavations as part of their mega-million pound investigation into the disappearance of Madeleine McCann. Sundry digs yielded animal bones and a man’s sock.
For now, the Miradouro petition has amassed 350 signatures. Anyone interested in signing it can find it on www.peticaopublica.com/?pi=P2011N10084