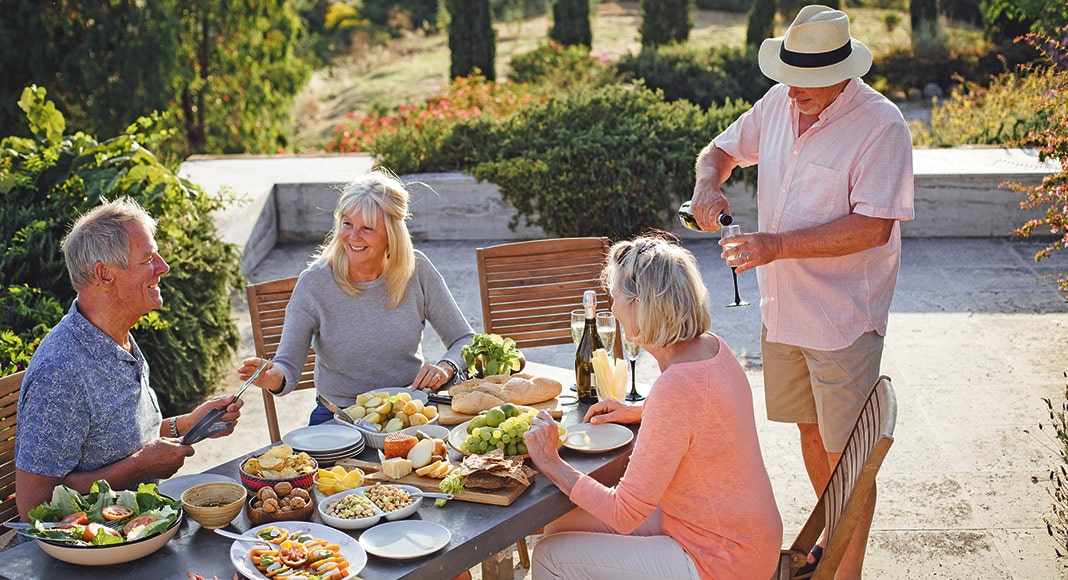 A new survey which has been shared exclusively with the Resident has gone in-depth into the “opinions and perceptions of the retirement community concept in Portugal”.

The survey was conducted by ProMatura Europe online in late March to early April 2021 and aimed to “learn respondents’ likelihood of moving to their ‘perfect’ retirement community in the Algarve at some point in the future and to learn the attributes they prefer in their lifestyle, home and the amenities and services that are essential to them.”

Respondents were asked about “their idea of the perfect home type, unit mix, attributes of the homes, and associated pricing, as well as the community features, amenities, and lifestyle aspects.”

Before getting down to the data, ProMatura painted a picture of how the Algarve is often viewed.

“The Algarve region of Portugal has long been hailed by many as having the potential to become ‘The Florida of Europe’; by which we mean, having the raw essential elements to create a truly world-class living environment for older people,” it says.

“There the comparison ends. Europe is dissimilar to the USA in many vital respects and few people would imagine that successful ventures would simply transplant commercial later-life operating models from the USA into Europe and expect them to meet the cultural, size, shape and regional/local patterns of consumer demand,” the international research company adds.

To deliver its research survey to the appropriate people in the Algarve (the future potential residents of retirement communities in the region), ProMatura partnered with a host of organisations, resorts, clubs, associations, social and media groups to ensure the “widest distribution and engagement”.

Sixty-one questions were asked, a combination of multiple choice and open-ended ones.

A total of 915 households started the survey. Says the company, “to ensure the integrity of the final data set, participants were asked screening questions that delivered a final report based on 172 participants completing the full survey and a further 99 who partially completed the survey, a total of 271”.

Screening criteria to participate in this survey included: being aged 65 or older, not currently living in a retirement community and being very likely, likely or unsure if they would consider moving from their current residence.

So, what conclusions were drawn? The first question centred on whether respondents are thinking of moving from their home if their health remains the same. 42% said they are very likely (16%) or likely (26%) to do so, while 35% are unsure and 17% believe it to be unlikely (13%) or very unlikely (4%).

Most respondents who are unlikely to move from their current residence said the reason is because they are happy in their home (41%). Others mentioned already having plans to age in place (25%) or that they like the location of their home (10%).

Those who are considering moving from their current home name deteriorating health (18%) as the most common reason, followed by lawn and home maintenance (10%), and the inability to climb stairs (10%).

Meanwhile, the prospect of moving to a “perfect” retirement community is an alluring one among most of the respondents. 52% said it is very likely (17%) or likely (37%) that they will make the move to one of these retirement communities, although 39% are unsure and 7% find it unlikely (4%) or very unlikely (3%).
But what do respondents consider the perfect residence?

Thirty-seven percent preferred a flat in a shared building and 34% preferred a single family detached home. Of those who prefer a flat or apartment, 63% prefer a low-rise building of two to four storeys. High-rise buildings were preferred by a mere 1% of respondents.

Those queried were asked to list aspects and services of a retirement community that are most important and enticing to them.

The most common was assistance when needed from doctors or nurses (17%), followed by security (15%) and communication (9%).

The services rated as essential or desirable by 75% or more of the households were a personal emergency response system in residence (84%); 24-hour security (78%); exterior home maintenance (78%); and maintenance of appliances and fixtures supplied with residence (75%).

Similarly, amenities rated essential or desirable by more than 50% were a small shop with cash machine (66%), walking trails (65%), restaurant/dining room (63%), outdoor (63%) and indoor (59%) swimming pools, covered car parking (56%), indoor fitness centre (55%), bar/pub (54%), bistro (53%), and a doctor’s office (51%).
When asked to list their favourite two or three things to do for fun or entertainment, the greatest number of respondents said walking. Others mentioned dining out, golfing, reading, and swimming in a pool.

Another key finding shows that respondents have a very high opinion of the Algarve as a retirement destination.

83% of respondents rated the Algarve as a very desirable or desirable retirement destination, “a strong indicator of the popularity of this region,” the survey states.

Data also shows that 73% of respondents who were very likely or likely to move to a retirement community in the future, classified as probable residents, rated the Algarve as a very desirable destination for retirement living. In contrast, 59% of those who were possible and 36% of those who were improbable residents still rated the Algarve as a desirable destination for a retirement community.

Around one quarter (26%) of those planning to move said they preferred to live in a small town or village, while 19% preferred a suburban area, and 18% would move to the coast. Just 8% preferred a resort development.

Further statistics show that 57% of respondents live in a single family detached home and 57% of respondents have to climb stairs, even if only one or two, to enter their home from outside and/or to reach their bedroom within the home.

Other types of homes respondents lived in were a flat (27%), a single family semi-detached home (13%), and a quinta (2%) – a rural property, often a manor or agricultural estate, such as wineries, vineyards, and olive groves.

When asked about their preferred social setting, survey respondents (35%) and their spouses (28%) preferred small gatherings of three to four people. A significant proportion of both groups (23%), however, indicated they find groups of all sizes acceptable.

Activities with which both respondents and their spouses needed assistance were climbing stairs (17%) and house cleaning (29%).

This study is the first of several consumer surveys to be conducted in the United Kingdom, Spain, Canada, and the United States (other countries may also be added).