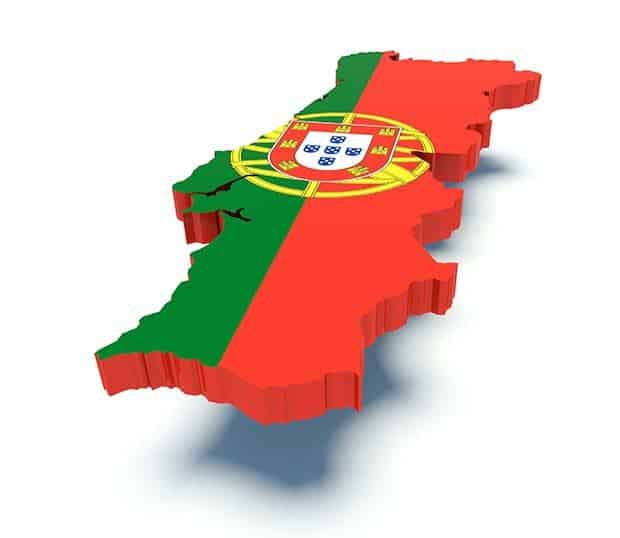 Your pal Pat has been travelling this summer, mainly to get away from the heat that is baking the Algarve. Ironically, one of the places I’ve visited for an extended stay is Panama. One might think that a tropical country situated so much nearer the equator would be even hotter but that’s not the case. Down there around the canal, the temperature has averaged around 31 to 33 degrees Celsius and never in my experience in the 40s. Who would have ever thought Panama would be cooler (not cool, but cooler) than Portugal?

Now that I’ve lived in sunny southern Portugal for a while, I find it interesting to discover what other people in other parts of the world know and think about my adopted home. I also spent some time back where I grew up in Maryland near Baltimore and Washington D.C.

Here’s what I found out – Americans, North, South or Central, know very little about that small rectangular country hanging off the western tip of Spain (to be honest, nobody knows much about Panama either, except that a canal runs through it and, in a way, it’s the same problem).

Unfortunately, Americans are notoriously ignorant of geography and world politics. For example, many just found out about Guam in the past few weeks. Europeans seem to me to be much more engaged on a global scale than my friends and family back in the States.

Nobody, and I mean nobody, was able to name the president or prime minister of Portugal (or the new head of the U.N.), and when they found out that the ruling party was Socialist, with a coalition of Communists and Greens, they were shocked.

Yet, most of the expats from the soon-to-be-not United Kingdom, France, Germany and Holland, and my Portuguese friends, not only can name but have opinions about the US president, vice president, secretary of state and several senators and some congressmen, as well as advisors and even members of the president’s family, including a creepy son-in-law.

I’m not sure why so many in the States are as profoundly provincial as they are, but they are. The questions they ask – things like “How’s the health care, and highways?” and “Where do you shop?” imply that there would somehow be a lack of, or a problem with, the basics. Not so. The only Portuguese wine they’ve ever heard of, much less tasted, is Mateus.

Most also assume that because we speak a little Spanish that Portuguese is no problem. Wrong. Having some Spanish background (even if it’s Panamanian) does help if my lovely wife or I are attempting to read Portuguese, but when it comes to speaking or understanding it … no way. Having some words in common is no help either, because I always worry that I’m just reverting back to el Espanol. I haven’t even mentioned the fact that many Portuguese don’t appreciate anybody, but particularly expats, speaking the language of their nearest neighbour.

When I first arrived in the Algarve with all its beautiful beaches, sunny weather, lovely towns, golf courses, inexpensive and good restaurants and great people, I was tempted to write some travel pieces letting the folks back home in the States know what they were missing. There are so few Americans here, because they really don’t know about it. However, I’ve decided not to spill the beans. For one thing, we don’t need them.

The hotels are sold out already during vacation season because the better-informed members of the EU already know what the Algarve has to offer. Summertime traffic is already overloaded. Plus I’m not sure that even a few Trump supporters (only about 35%, but still…) would be a welcome addition to the diversity that we already have here in a land steeped in history.

I’m sure most Americans, since they don’t even like to see “foreign” movies with subtitles, would be thrilled to hear that English is generally spoken around the Algarve, which is an example of the Portuguese meeting their British allies half way, but, you know what, the “secret” is safe with me.