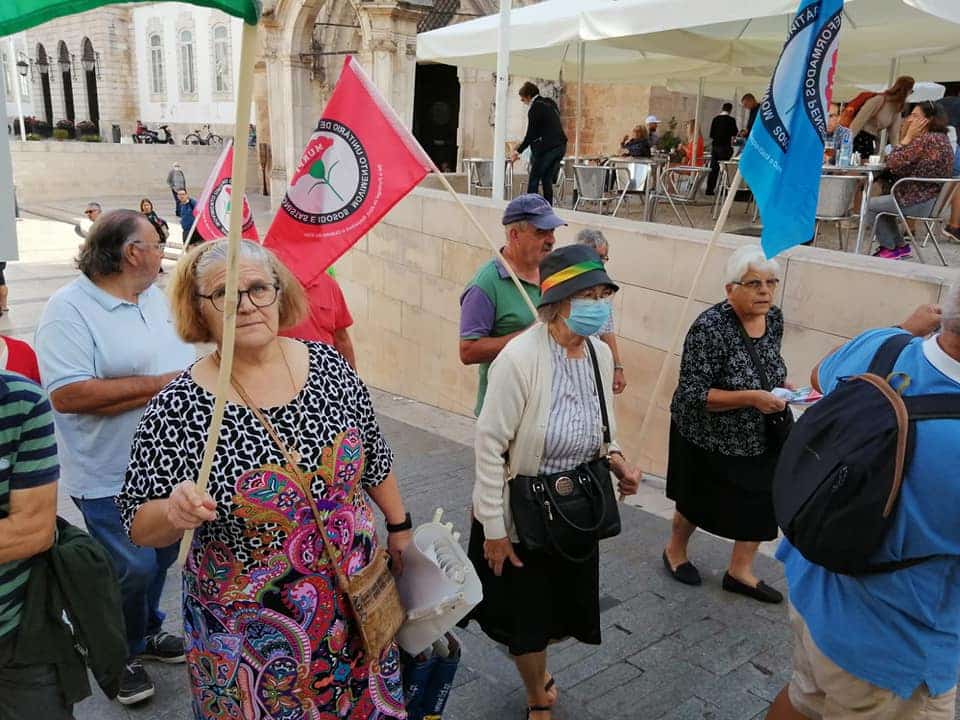 Movement claims pensioners have been deceived

The United Movement of the Retired, Pensioners and the Elderly (MURPI) is staging protests in 12 districts of the country today, including Faro.

This doesn’t mean the streets are ‘full of angry pensioners waving placards’, far from it. In Coimbra, for instance, the protest numbered a little over 20 pensioners, if that. Faro’s too was fairly discreet.

But the bottom line is that pensioners feel they have been ‘deceived’ by the government’s manoeuvres on pension law. In spite of the government’s insistence that there were ‘no tricks’ in the decision which is giving pensioners a whopping ‘bonus’ this month, in order to reduce increases thereafter, pensioners are not convinced.

Says SIC today, the protestors today believe they will be “very prejudiced” if the cost of living continues to climb, and they do indeed feel that the government has left them short-changed on previous ‘promises’.

“They say the war (in Ukraine) is being used as a reason to smother earnings when that, according to protestors, is not the reality”, explains the station.

Those marching the streets today “above all want to be paid according to inflation” (which was the promise of a law the government is now overerriding). SIC adds that a number with whom their reporters spoke with today said they have been receiving the same money every month for years – that is, they are long overdue a pension increase as it is, and that’s before one takes galloping inflation into account.

Pensions in Portugal are generally modest in comparison with other EU countries. The vast majority of the country receives such modest pensions on reaching retirement age that most have no choice but to go on working.