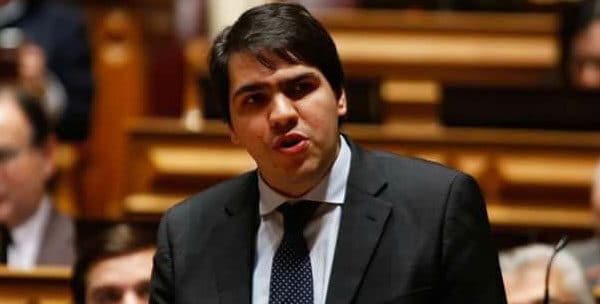 Costa speaks (not the PM but Socialist MP Hugo Costa)

Portugal’s ruling Socialist Party has said that “following the resignation of the minister of infrastructure and housing, the Alexandra Reis (Golden handshake) case is ‘completely closed’ from the political point of view”, writes Lusa this evening.

Citing Hugo Costa, coordinator of the PS members of the Commission on Economy, Public Works, Planning and Housing, the State news agency says “it was in strict compliance with republican ethics that minister Pedro Nuno Santos presented his resignation.

“From the moment that the minister was aware that the secretary of state for infrastructure (Hugo Santos Mendes) was aware of the compensation (paid by TAP to Ms Reisd, he presented his resignation,” said Costa, praising “the seven years of work of former minister Pedro Nuno Santos, both as secretary of state for parliamentary affairs and as minister of infrastructures and housing”.

Hugo Costa stressed that Pedro Nuno Santos led “issues such as the railways and housing, where he made some of the most important policies of the last decades in both areas”.

When questioned if, with this latest resignation, the PS considers the case of Alexandra Reis closed, the socialist MP replied that the “case is politically completely closed”.

As for the no-confidence motion against the Government tabled by Liberal Initiative and the request for an urgent debate with the prime minister, requested by the largest party in Opposition (PSD), Costa said that he views the two initiatives “as natural”, stressing that they are “natural instruments in a democracy”.

However, he said he considered João Cotrim de Figueiredo’s call for Socialist members of parliament to vote for the no-confidence motion presented by IL to be “completely inappropriate”, guaranteeing it will be “rejected by the PS parliamentary majority: 120 seats”.

“IL, in presenting this motion of censure, knows what the result will be and presents it only because it wants to make political space even on the parliamentary right”, he said.

When asked if, since there were 10 resignations of members of the government in nine months in office, he thought that the government was indeed worn out, as the opposition claims, Hugo Costa stressed that “naturally these are issues that pose natural difficulties, but that can continue to be overcome.

Hugo Costa stressed that the government has found answers for inflation and for the “challenges of the Portuguese, and that is what it should continue to do over the next four years”.

Asked whether, with Pedro Nuno Santos’ leaving the government, he fears there will be greater instability within the PS since the former minister was seen as one of António Costa’s potential successors, Hugo Costa said no, he did not.

“Succession is not a debate that is on the table. There are four years of government left, there is still a lot of time and a lot of political work left of this government…”