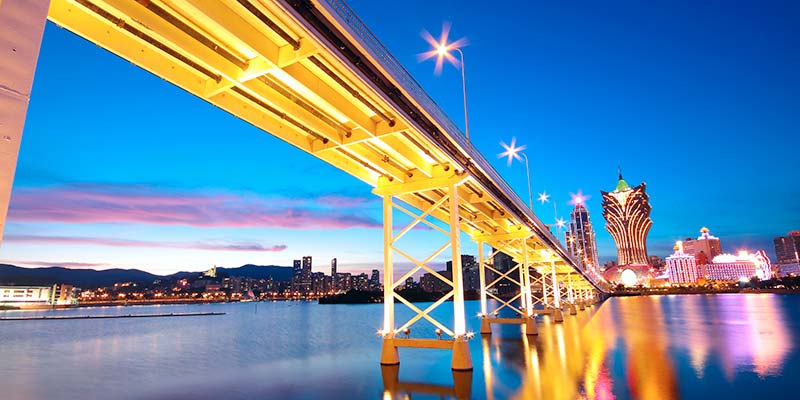 In contrast to the months of violence and economic upheaval in the former British colony of Hong Kong, the recent anniversary celebrations in the former Portuguese colony of Macau were a timely reminder of the peace and prosperity that exist there.

Located just 64 kilometres apart on the opposite sides of the Pearl River estuary on the south coast of China, Hong Kong and Macau have always been very different in character.

Macau became a small enclave in Portugal’s vast empire in 1557. During the Ming dynasty, China leased the territory to Portugal as a trading post, and it went on to be governed by Portugal for 442 years.

Formally transferred back to China in 1999, only recently has it been publicly revealed that a group of officials from the People’s Republic of China spent time in Lisbon studying the Portuguese language and legal system to ensure a smooth handover.

Shortly before Christmas, the current President of China, Xi Jinping, attended the celebrations marking the 20th anniversary of the handover.

During his three-day visit, President Xi Jinping described Macau as one of the safest cities in the world and promised more help with economic diversity and more funding for health care and education. The stability of Macau allowed citizens there to express various views “rationally”, said the president, presumably a reference to the turmoil in Hong Kong. No similar conflict has occurred in Macau.

The British acquisition of Hong Kong came long after the Portuguese were well ensconced in Macau. Two Opium Wars with China in the mid-19th century gave Britain access to an island and two adjoining pieces of Chinese land that became a dependent territory starting in 1841.

Japan interrupted the arrangement from 1941 to 1945 during the Second World War. Once British rule had been restored, it lasted until 1997 when sovereignty and control were returned to China.

China now regards both Hong Kong and Macau as semi-autonomous or “special administrative” regions within its jurisdiction.

The Portuguese were always able to feel at ease with their larger and more dynamic neighbour as the two countries’ relationship is grounded in the Anglo-Portuguese Alliance, which had been signed and ratified by the Treaty of Windsor centuries earlier.

Macau is only one-tenth the size of Hong Kong. Although it has a population of less than 700,000 compared to more than seven million in Hong Kong, Macau is a densely populated, high-rise city.

Since the Portuguese legalised gambling in the colony – still the only place in China where gambling is legally permitted – Macau has become the gambling centre of the world, outstripping Las Vegas and Monte Carlo.

Gambling still accounts for a major percentage of its revenue, but, in recent years, Macau has been diversifying, with much more emphasis on luxurious non-gambling tourist facilities. It attracts about 30 million visitors a year, mostly from mainland China.

Since June 2019, Hong Kong’s status as one of the world’s most outstanding financial centres has slumped because of increasingly violent clashes there between protesters and police.

An announcement that Hong Kong citizens could be extradited for trial in the People’s Republic sparked the original protests, but even when this matter was scrapped, the protests continued to escalate, with demands that an official inquiry be held into alleged police brutality, that detained protesters be granted amnesty and that Beijing grant greater democratic rights to Hong Kong citizens.

Some of the most vicious of clashes over the past six months occurred on Christmas Eve, Christmas Day and Boxing Day, with hundreds of arrests during mass demonstrations outside shopping malls and hotels.

Across the estuary, peace and prosperity seem to be in prospect for Macau in 2020, but Hong Kong is facing a lot more violence and rancour.

Before reunification of Macau and Hong Kong with mainland China, Len Port was a reporter with the South China Morning Post and then a news broadcaster with Radio Hong Kong.