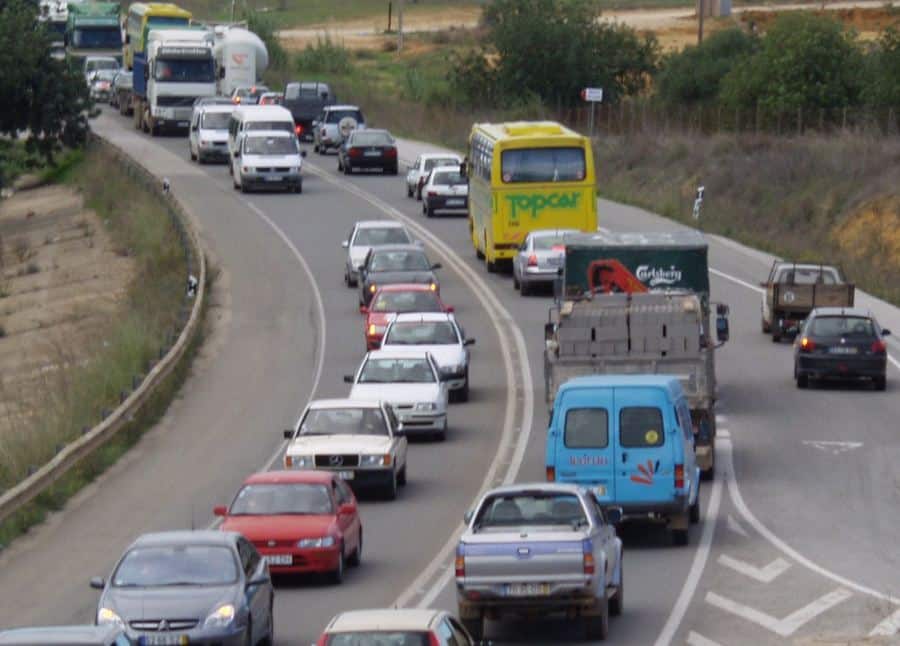 Portugal’s communist party (PCP) has put forward a draft resolution urging the government to “speed up” roadworks that continue to cause “traffic chaos” along the transAlgarve EN125 main road.

The PCP says the works are progressing at an “exasperatingly low speed”.

It is a situation that has already resulted in a number of readers’ letters to the Resident (see ‘Enough of political promises – it is time to suspend the tolls’ in our January 14 edition).

The communists’ resolution also pushes the government to put Infraestruturas de Portugal in charge of completing all works originally planned – including “all bypasses” – and renegotiate contracts signed with concession Algarve Litoral in order to lower the latter’s profits and save the government money.

In October, a spokesperson for Algarve Litoral guaranteed that all the EN125 road works – including those in Vila do Bispo and Olhão – would be completed during the first three months of 2016 (click here).

The PCP resolution wasted no opportunity to criticise the last PSD/CDS coalition government for its delays in renegotiating the Algarve Litoral contract, saying they “affected the regional economy and lead to more accidents on the road”, which is commonly dubbed “road of death” because of its annual litany of fatalities.