Your old expat pal Pat still checks Facebook almost every day. Yes, I admit it, even though the social media giant is currently receiving quite a bit of criticism from many sources. The main problem is that much of the scrutiny on Facebook and the other sites under its vast umbrella (like Whatsapp and Instagram) is, on face value (first pun, but possibly not the last), very much warranted. It appears that way too much misinformation is spread by thousands of posts that are shared on this worldwide platform and believed by large numbers of gullible individuals. There also are way, way too many hateful and mean messages sent out that disturb and hurt a staggeringly large number of folks.

So, why would an older guy, who tries to be reasonable, still routinely hit the Facebook tab and scroll through dozens of posts accompanied by colour photographs of sunsets or mountain ranges or pets (dogs mainly but plenty of cats)?

The main reason that I’m still on Facebook is, in fact, because I’m an expat. When my lovely wife and I first moved to a new adventure in Panama nearly 20 years ago, Facebook seemed like a very useful way to stay in touch with my crazy family and valued friends that we left behind. In particular, I wanted to keep track of my two nieces, both of whom are my goddaughters, who were starting new families of their own.

For the most part, that has worked out nicely, even though one niece doesn’t share as much as she used to. The other one just put up a photo of her son in his all-star baseball team uniform accompanied by a couple of action shots. I am a proud uncle. That’s the way I always hoped this extremely influential social medium would work.

Now that I’m an expatriate living in Portugal, I also use Facebook to stay informed about what’s up (second pun) with the greater expat community. Most expats are now residing in a country where we didn’t start out and together face many new challenges and opportunities in common. It’s reassuring and interesting and sometimes amusing to hear how we’re all doing, especially trying to learn the language.

There are a number of support and social groups that mainly communicate to their members via posts about upcoming events and items of interest. This is also where some of the problems develop.

Goodness knows, not every question asked is what we used to call in the education business “a good question”. I’ll use some Panama questions as examples so no current readers will necessarily think I mean them. Some of the questions asked of the online groups back then were: “What’s the weather like? Are there monkeys?

Are there doctors and hospitals? Grocery stores?” It was sometimes obvious that very little preliminary research had preceded the formation of the inquiries. I got the impression that some questioners were under the impression that our change of lifestyle included riding on the back of a two-wheeled cart behind a burrow while out hunting iguana. Our favourite question of all time was, “Just how big an island is Panama?”

I say – so it goes. There’s usually somebody in the group patient enough to generously share the types of information that will set some folks straight. New and uninformed posters are almost always politely encouraged to “check the files” for the answers to many of their queries. For example – “Yes, there are monkeys.”
It’s not always easy. One of the new trends featured on some of the expat sites here in Portugal are what have been frequently referred to as “the obligatory luggage shot” complete with a pic of a smiling retirement-age couple, 14 pieces of luggage including golf clubs and their pet camel. Of course I jest. It looks like a camel, but it’s really their Great Dane puppy.

Yes, it’s ‘kinda’ silly, since when we arrived we only had one carry-on backpack and a dopp kit with broken zipper. The point is that they’re glad to be here.

They are also quite proud of how they endured the long trip. Obviously – Seattle isn’t near here. And while a few of we veteran expats simply moved over from Spain, most of us also came from far, far away. It’s one of the things we all have in common.

As far as ol’Pat is concerned, the main problem that makes people uncomfortable on social media platforms like Facebook are the trolls, people who are way too quick to point out what is perceived to be wrong with other people and their posts. What is wrong with people sharing pictures that demonstrate just how thrilled they are to be joining our community and decided to bring everything they own?

I realised that I was being a troll recently when I was once again correcting a grammar or spelling error that had been posted. I discovered long ago, when I taught basic composition at a community college, that a number of my students had no idea which there/their/they’re or two/to/too they were to type in at any given time. So they simply guessed, incorrectly at least a third of the time.

It did get me down, but I soon reminded myself that while these types of errors were constantly being repeated, they were often being committed by somebody new, and so I “patiently” marked the papers accordingly. As far as social media posts are concerned, I would like to encourage all authors to proofread their messages before hitting the send button.

While the typo excuse only goes so far, I’ve decided to stop “helping out”, even though I did get a couple of smiley faces. I remember that, all too often when I introduced myself to somebody new and mentioned that I was an English teacher, they often said “Oh, oh. I better watch my grammar.” You probably should too, but it’s not my job to enforce the rules any more. I’m not going to be that person.

What I like about Facebook is that I have been able to make many new friends by “friending” and being “friended”. I still know how a number of my old friends from Panama and before that Maryland are doing. One guy I’ve known since first grade, in other words for only 69 years. I was disappointed recently that I was unable to attend the 50th reunion of a high school class I taught when I was just beginning a long career. Several members of that class are Facebook friends and I was able to see photos of the event. That’s good.

Getting tips on where to eat or hike is helpful. Of course, all someone has to do is Google it to find out plenty of information, but it’s nice to know you can ask something specific and get an informed reply. Enjoying vicariously the trips taken by your Facebook friends is a definite plus, even when they think they’ve uncovered a “hidden” gem like Silves or Tavira. We have some friends who are major hikers and since we don’t even walk to the store any more, we get to experience the views through their eyes. Others of our friends are excellent photographers and some of their pictures are truly beautiful.

So, yes, there are problems – big problems – that we need to face up to (third and final pun.). The lid on the Pandora’s Box known as the Internet has not simply been lifted. The top is gone, blown away in the winds of change.

So, do I get tired sometimes of slightly out of focus photos of food? Of course I do (even in focus). And sometimes, just sometimes, when looking at some photos taken during a party, do I wonder why I wasn’t invited to that particular festive gathering? Of course I do. Do I receive posts espousing a particular political agenda? Yup, and have I even snoozed or, worse, “unfriended” someone because of the ideas they’re advocating? Indeed, I have.

I realise I’m in a bubble. I believe we all are. I also think that Facebook can be managed to a certain extent on the personal level. Maybe not with advertisements. I always report any ad that ever comes up. The Facebookers then ask for a reason, such as “misleading or a scam”, a box I often check. Now I’m going with “other”. The ads have not slowed down, much less disappeared, even though their algorithm should have told them by now that I am a deadbeat. So, maybe not adverts, but I do get to choose who I see posts from every day and if I don’t want to dwell on what’s being said, or reported, or claimed, or illustrated, or proposed, or demonstrated, or implied, then all I have to do is scroll on by.

My lovely wife and I recently adopted a rescue dog. I know that many fellow expats have also done the same. Ol’Pat would like to hear about any unusual, challenging or heart-warming experiences by members of the expat community when it comes to adopting a rescue dog for possible inclusion in a future column.

Please be advised that not every submission will necessarily be included. I reserve the right to choose, edit or combine, but I would love to hear from you guys. (In focus, cute photos will also be appreciated.)

Also please tell me about any kennels that you recommend and I’ll try to list them. 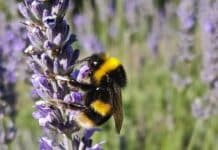