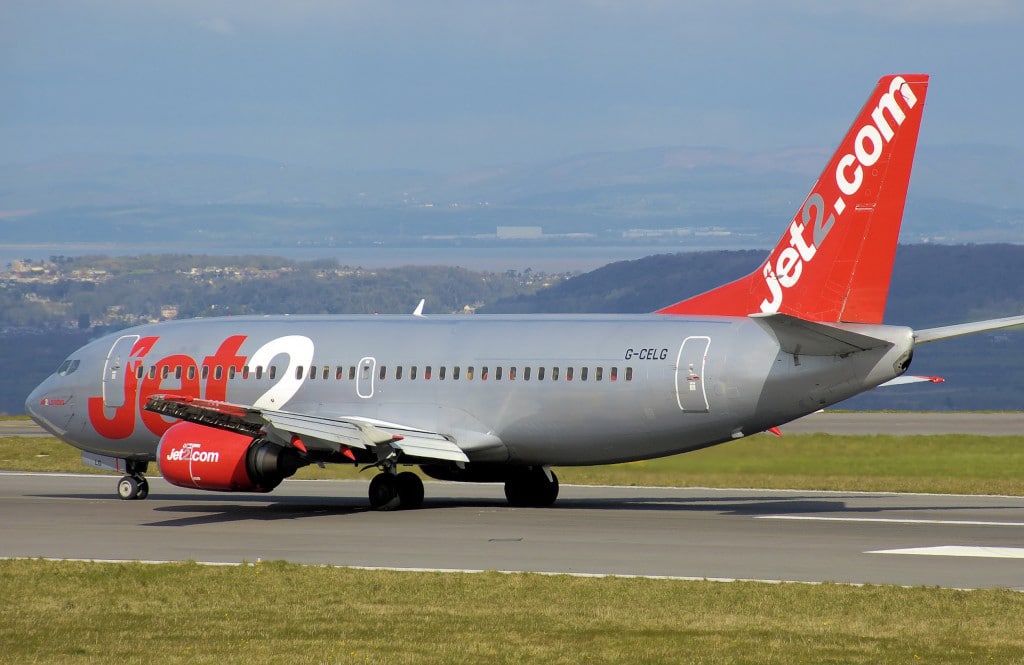 A couple who have been banned for life from flying with low-cost airline Jet2 have now heard a judge in England impose a fine of £3000 for their disruptive behaviour that forced a holiday flight to Gran Canaria land in Portugal.

The fine was actually levied against the woman, Pauline Gordon, 65, who is said to live in London with her partner Roland St Ville, 55.

But it relates to an incident involving both of them in August 2017, in which the court determined they put the aircraft they were flying on ‘in danger’.

The violence began over an argument about money, jurors heard.

Ms Gordon physically attacked Mr St Ville, shouting “give it me back”.

Cabin crew succeeded in separating the pair, but the ‘disruptive behaviour continued’, to the point that the decision was taken to divert to Faro because “the rest of the flight was over water, and the cabin crew were worried they wouldn’t be able to perform their duties properly”, writes UK website Inews.

Once on national soil, the pair was removed from the plane by police.

Jet2 managing director Phil Ward has welcomed the verdict. His company took the couple to court to recover the costs the unscheduled touchdown in Faro had cost them.

“This is the latest of many successful court rulings against disruptive passenger behaviour, showing once again that there are serious consequences if you act in a disruptive fashion onboard an aircraft”, he said.

Both Ms Gordon and Mr St Ville had denied the charges.

Meantime, today in UK a Ryanair flight on its way to Lisbon had to return to Stansted airport after two men started fighting.

Says the Daily Mail, armed police stormed the flight with guns and removed the men.

Shocked passengers say the incident was “like something out of a movie” and left children in tears.

Once the men had been removed, passengers resumed their journey to Lisbon, said the paper.