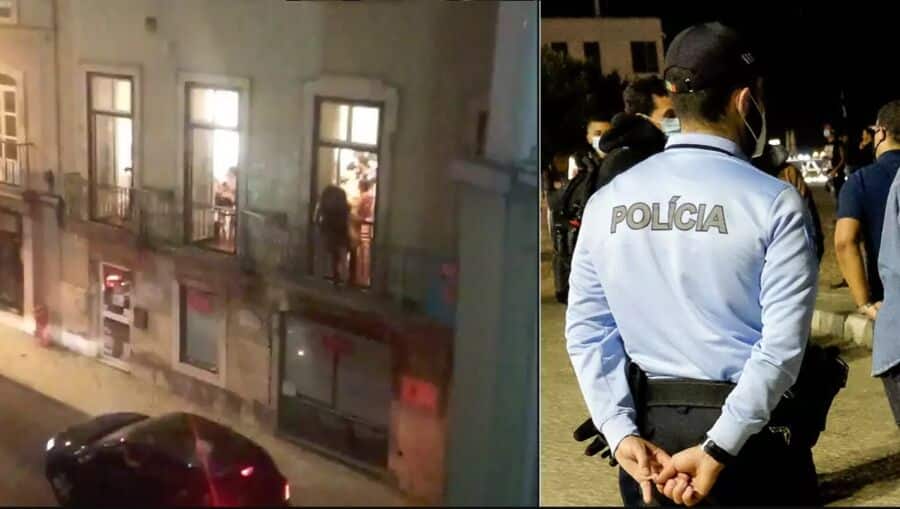 Neighbours complain of “loud music and noise almost every weekend”

Raucous partying does not appear to be exclusive to the British Conservative party. Portugal’s Left Bloc (Bloco de Esquerda) is in the news this week for apparently repeatedly holding loud parties with “lots of noise” in Rua do São Bento, close to parliament.

Champions of the working classes by day, the party is described as transforming its headquarters into a form of disco most weekends, “making fun of residents and shouting at them” when they complain.

This is the gist of a report today in tabloid Correio da Manhã which says the party’s partying has now led to it to the point that it is facing a fine “that could reach €18,000″.

This in fact is the maximum fine for contravening noise law regulations (the law that limits loud noises and partying between the hours of 11pm and 7am).

Says the paper, a recent party (starting last Saturday at 9pm and going on to dawn on Sunday) required two visits by PSP police because of various complaints by neighbours about the loud music that was making it impossible for them to sleep.

According to reports, the first visit (around midnight) saw revellers admonished, and the music turned down.

But shortly after police had gone, the volume went back up – and exhausted neighbours returned to their telephones to register complaints.

Around 5.30am, the party broke up; “participants started abandoning the area” and it was at this point that a new patrol “elaborated a report for the violation of the noise law”.

As the premises “belong to the Bloco de Esquerda”, the party was identified as the offender, says CM.

Other people were also identified – but as witnesses, not offenders.

The next step in this little saga will be the issuing of a fine by Lisbon City Council. A fine – in this case for a collective entity – is likely to run from €2,000 up to €18,000, says the paper.

Approached for a comment, the party has apparently declined.

CM meantime has been questioning locals, to learn that “almost every weekend there is music and noise until dawn, as if the (building) was a discotheque”, one is cited as having told reporters.

“When we complain they make fun of us”, another local told CM. “It is loud music till six in the morning, open windows and lots of people shouting”, said the woman, who is understood to have been one of the people who made an official complaint last weekend.