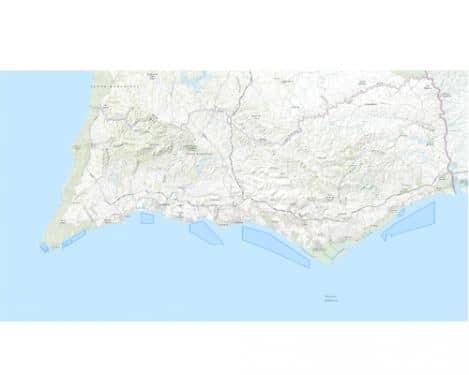 Embattled Portuguese Prime Minister José Sócrates is resisting attempts to remove him and his PS government from power with a controversial no-confidence motion.

Political parties on both the far right and centre right, including the main opposition PSD party, cannot reach agreement on the motion, which may be presented in Parliament on March 10.

But the opposition PSD party, headed by centre-right leader Pedro Passos Coelho, who called it a “phoney motion”, said on Tuesday that his party would only press ahead “in the case of a financial emergency”.

But that financial emergency, meaning Portugal being unable to finance the day-to-day workings of the Government and State, looked increasingly likely this week as interest rates on the international bonds markets soared to 7.5% on Tuesday on the eve of another government bond auction to raise cash.

However, the record interest rates on Portuguese sovereign debt could, in part, be a reflection of market jitters over government instability and the no-confidence motion itself.

The motion is being pushed for because of savage austerity measures that the Government is imposing on the Portuguese people.

Value Added Tax has already gone up to 23%, fuel duties are at a record high, unemployment is over 10%, and the Government is being pressurised into slashing public administration staff numbers, particularly supply and specialist teachers.

Yet despite a number of corruption scandals involving José Sócrates and his party over the past decade, including Freeport, phone tapping allegations and attempts to control the press, polls indicate that he is more popular than his political opponents.

So far the Portuguese Communist Party (PCP) has given up on the idea, yet the left-wing Bloco de Esquerda party, which politically supported the Government in the last general election, the presidential elections and in Parliament, is still pushing for the initiative to now remove it.

Its leader, Francisco Louçã, stated that the motion was in response to the fact the country was “drowning from a crisis” that had all the hallmarks of the PSD and PS party majorities in Parliament.

If José Sócrates was forced to stand down, paving the way for early elections, PS politician Manuel Maria Carrilho has been tipped for the party leadership.

Manuel Maria Carrilho said in an interview on national TV over the weekend that the no-confidence motion had arisen at a “very serious” time for the country, facing extreme economic and social hardships.

He instead proposed that the PS party needed to respond with a motion of confidence in the Government.

“I think that if we’re facing a complicated situation of this type then the PS has a clear political tool at its disposal and that is to present a motion of confidence and it should do so,” he said.

However, last Thursday the PS parliamentary leader Francisco Assis rejected the possibility of the party presenting a motion of confidence in Parliament since that would be a “gesture of provocation” for the opposition and would create a climate of instability.

Portugal’s Foreign Minister, Luís Amado, also said last week that a no-confidence motion would be disastrous for the country as it struggles to avoid the intervention of the International Monetary Fund and European Union.

He told the Portuguese news agency Lusa last week that bringing down the government would only add to political and economic instability and send out the wrong signal to the international markets.

“We need a year of tranquillity, a year of Government stability to reassure the markets that we’re able to meet the extremely difficult situation we’re in,” he said in New York.

The opposition PSD party had until Tuesday this week to decide if it was to press ahead with the motion or abstain in the vote.

But now the March 10 motion seems likely to be consigned to the political trash can as parties indicated they would abstain.

At the same time José Sócrates is set to present a motion of confidence in his own leadership and government now that the PSD has failed to “take a clear position.”

The PSD has always stated that it “needs to wait for the right moment to present a non-confidence vote.”

And over the weekend, in an extensive interview with newspaper Público, the far-right CDS-PP leader Paulo Portas clearly stated that the motions to remove the Government from office had to get political cross-party consensus.

In Parliament last week, when Bloco de Esquerda leader Francisco Louçã called for the no-confidence motion to be presented, the Prime Minister retorted that he would not “make life easy for those who wanted to create instability”.

After the no-confidence call in parliament, José Sócrates remarked that it was “one of the most pitiful moments” he’d ever seen in his political life.