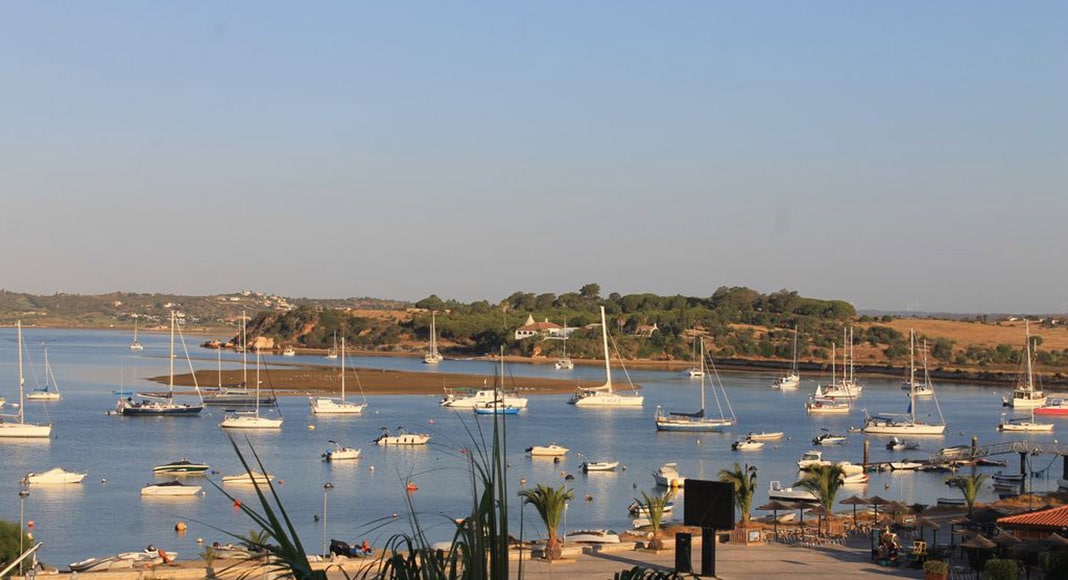 Parliament is to ‘scrutinise’ yet another attempt by developers to ‘move in’ on the protected natural haven of Quinta da Rocha overlooking stunning Ria do Alvor (near Mexilhoeira Grande.

This latest bid to build at Quinta da Rocha follows a disgraceful ‘back story’ in which Figueira da Foz developer Aprígio Santos oversaw the systematic tearing up of protected marshland habitats (click here).

Conservationists embarked on a pitched battle to stop the destruction – and ‘won’ through the courts (click here) – the only snag being that the courts’ demand that the protected habitats be fully restored has still not transpired.

At least, that is one of the allegations central to this latest ‘demand’ for scrutiny by both left-wing MPs Bloco de Esquerda and the centre-right PSD.

There are other ‘serious questions’ too. Like for example the apparent keenness of the council to see the latest project approved – despite two legal challenges still to be heard in the courts on the ‘favourable decisions’ given for it by public bodies ICNF and CCDR.

Says the Bloco, “in light of the principle of precaution” the council should wait for the outcome of these cases before sanctioning any development of the site.

When the new bid was ‘revealed’ last year – by a new company considered to be “the successor” of the one that saw its name dragged through the courts – veteran campaigners feared what they called “a Trojan Horse”: a so-called soft rural development that would pave the way for something a great deal ‘harder’ (click here).

On closer inspection, they say they are now ‘convinced’ the project is a Torjan Horse.

Delving into the ‘proposal’ they say the ‘favourable decisions’ by both ICNF and CCDR appear to have been made on the basis of ‘unofficial maps’ which did not list the true picture of Quinta da Rocha in terms of natural habitats.

In its request to the Parliamentary Commission for the Environment, Energy and Territorial Planning, Bloco de Esquerda said the maps presented Quinta da Rocha as only ‘partially’ within a protected zone – where new building and land water-proofing are not allowed- when in fact it is 99.9% within this zone.

Another “fundamental question” has to do with the absence of a “Public Domain stip” next to the Ria, which the Bloco says “could lead to the creation of private beaches, which is unconstitutional under Portuguese Law”.

This point is extremely relevant as in the ‘heyday’ of Aprígio Santos’ battle to build, the plans were indeed to create a private beach for VIPs (as well as a helicopter landing strip).

The PSD’s focus in this story is the ‘super-speed’ with which Portimão Council seems to have been attempting to deal with a project in an area of extraordinary environmental sensitivity.

In the opinion of PSD councillors, the Socialist-led municipality lacks a coherent ‘development strategy’.

Thus they have called for the questioning of mayoress Isilda Gomes by the parliamentary commission, while the Bloco is putting up conservationists Almargem, A Rocha and asking for the quizzing of the regional director of the ICNF, the president of the CCDR/ Algarve and the Secretary of State for Nature and Forestry Conservation and Territorial Planning.

Campaigners who have been involved in this fight from the start consider the development “very good news. We now have to prepare ourselves well and give a good presentation”, said one.

The Commission is due to look at this case after the summer recess. For now, there is no specific date for the hearing.