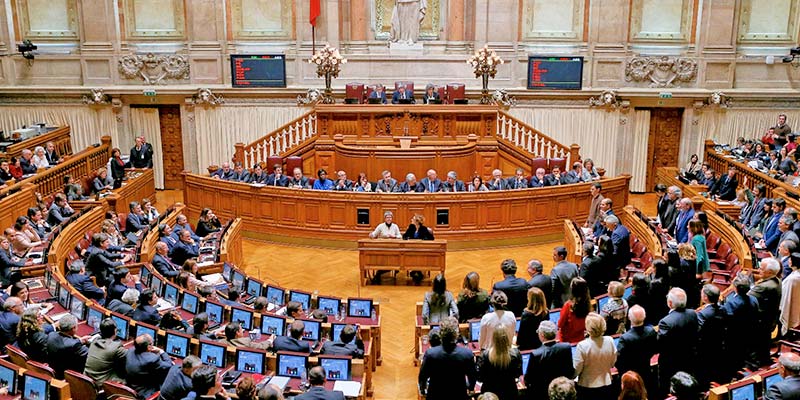 In an ostensibly upbeat story, SIC television news reported on Monday that parliament is working on plans to ‘get tough’ with politicians who don’t fully report their wealth and earnings.

The new crime of ‘qualified disobedience’ could send errant politicians to jail for three years, explained the report, stressing that MPs are working on “increasing sanctions” and widening the scope of the crime to include other professions like judges, magistrates and senior civil servants.

President João Paulo Batalha claims MPs are “creating the illusion” of reinforcing checks and balances on each other but that in reality nothing will change.

Talking to tabloid Correio da Manhã, Batalha explains that by and large MPs DO report on their wealth and earnings. They simply leave out a lot of detail.

Combine that with the fact that there is not the manpower available to check every single one of the declarations made by the country’s 18,000 ‘politicians’ (these include councillors, mayors etc.) and the situation is clear.

According to Batalha, right now there are only four ‘officials’ tasked with checking politicians’ wealth and earnings declarations.

If one considers that other professions within the public sector are to be brought on board, there simply will be too much for these four people to cope with, he told CM.

The paper explains that details habitually ‘left out’ by politicians are those relating to their personal savings and property.

Last year, 639 cases were flagged on figures thought to have scrimped on declarations. Only 136 saw any action taken, and in the end only five people – two councillors and three public officials – were “prevented from performing their duties”.

While TI is unimpressed with the results – saying a lot more ‘means’ are required to ensure transparency – SIC suggests parliament’s new ‘law’ is close to emerging.

MPs have been working on it since 2016, says the station, and their proposals should be ready sometime this month.

The plan will then be subjected to potential tweaks from “various contributions” – almost certainly getting a thumbs down from the association of borough councils.

Concluding SIC’s report, PCP communist leader Jerónimo de Sousa said that for members of his party, “special measures” are simply not needed as laws governing politicians’ duties already exist, and are there to be complied with.

Readers may recall that back at the start of this government’s legislature, a proposed law to criminalise “unjustified enrichment” was thrown out by the Constitutional Court.