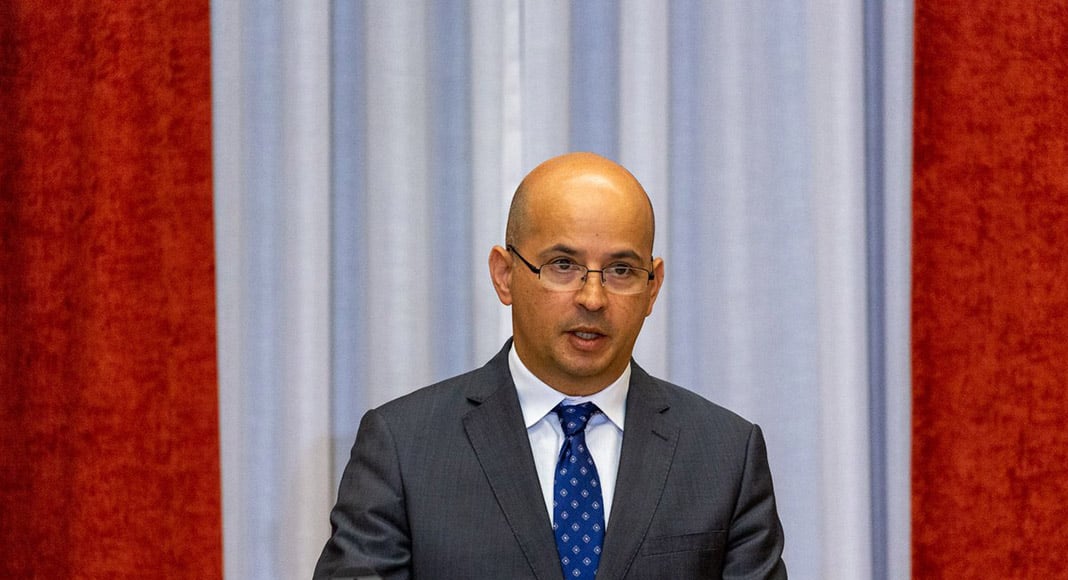 Finance minister João Leão delivered his first budget to parliament this week, stressing it doesn’t bring austerity or add further crisis to the crisis we’re already experiencing. In his opinion at least, there is no reason for the myriad measures ‘not to be accepted’. Reports, however, suggest otherwise.

This is a budget that promises a great deal at a time when billions of euros are suddenly ‘sloshing about’ thanks to the EU ‘bazooka’ ceded to member states to tide them over the social and economic damage of the pandemic. But will it really deliver? And what hasn’t been explained?

Expresso claims the ‘elephant in the room’ remains the catastrophic situation of Novo Banco which has already cost taxpayers millions of euros. Yes, João Leão has said the State will be injecting no further money into the bank, leaving the next instalment(s) to ‘the banks’. But this is largely seen as an exercise in ‘smoke and mirrors’.

Says the paper, Leão dodged the question of how he would deal with a future scenario in which Novo Banco asks for even more money than the €3.9 billion ‘authorised’ by the deal that ties Portugal to paying seemingly indefinitely for the mismanagement of its bankrupt ‘predecessor’ Banco Espírito Santo.

And then there’s the whole issue of ‘no austerity’. In the end, it’s just a word. As far as Expresso can see, the budget brings ‘restraint’: “Once the sums are worked out, the budgetary stimulus is inexistent,” says the paper. What’s even more obvious is ‘priority in controlling the debt’, which has to be back under 3% by 2022 in order to satisfy Brussels.

For now, we have all parties ‘mumbling’ about which way they will vote. PS Socialists are in a minority. They need the support of their rag-tag-and-bobtail ‘left-wing allies’, all of which are expecting ‘concessions’ to be made in upcoming negotiations.

The budget will be voted on in what’s called its ‘generality’ on October 28. If approved, there will then follow the debate on ‘specialities’, with a final global vote taking place on November 26.

In other words, there is still a ‘long way to go’, in which Bloco de Esquerda and PCP communists will be pushing to get much more of their own agendas across, while PAN and PEV – the People, Animals, Nature party and Greens, respectively – have both said, in their opinions, the budget falls far short of what the country needs.

‘Tiny minority’ parties like Chega (right-wing) and Iniciativa Liberal have rejected it outright, as has the more traditional opposition CDS. PSD centre right stress they have to read the whole 20-plus page document before they come to a decision.

Key proposals of OE 2021
Pandemic subsidy
The draft budget document presents a plan for an extraordinary social subsidy to help families who have lost income as a result of the crisis.

Unemployment boost
Minimum unemployment pay to rise from the current €438.81 to €505, while crèche access for families in need will be free from the outset (instead of simply from the second child).

Pensions increase
To come in August, in line with the last four State Budgets and be €10 or €6, depending on pension size (as long as it is under €685 per month: anything over that amount gets no increase at all).

Railway workers ‘return’
All former railway workers who maintained/repaired trains are to be rehired by depots, maintaining the pensions they are currently earning to which up to 75% of the wage “corresponding to their respective category” will be paid.

Debt amnesty
The plan is to pardon any debts to Social Security that have remained ‘current’ after 20 years, as well as debts of under €50 that have been in place for 10 or more years.

Renewed contracts
Around 4,200 professionals hired for the SNS health service will see their contracts renewed, along with access to a “risk subsidy” of €219.40 to be paid every two months.

The sector itself is to see €90 million invested in improving facilities and equipment in health centres; €19 million going on a national plan for mental health; €27.7 million going on strengthening continuous and palliative care systems (including creating more beds/spaces) and just over €30 million on creating two new hospitals (in the Alentejo and Seixal, near Lisbon).

Houses for police
The government means to guarantee suitable housing for ‘displaced’ security agents at the start of their careers: €10 million to be invested.

Hotel credits
This idea allows the consumer to ‘accumulate’ credits corresponding to the IVA spent in the hotel/leisure/culture/restaurant sectors, and then use these credits in the same sectors later in the year.

School janitors
Around 3,000 more to be hired to make up for crippling shortages of auxiliary staff in schools throughout the country.

IRS ‘relief’/IVA reduction on electricity
With these measures, the government’s position is that families will have more spending power (all of an extra €8.6 per month) and, globally, this will ‘release’ €350 million into the economy to ‘dynamise consumption’. As critics have pointed out, the measures leave taxpayers with so little extra in their pockets that they’re hardly worth talking about.

Every day now for the rest of the month, further analysis of the budget will be highlighted as politicians fight their corners. It’s safe to say OE2021 sets out to try and ‘save’ families from the brunt of the crisis caused by Covid-19 – but whether it can or not, with the help of the many millions coming from Brussels, is the big unknown.

Privately, ministers have conceded there will be a lot of insolvencies and social problems still to come – and the pandemic is far from over.

With case numbers rising at a dizzying rate over the last few days, President Marcelo Rebelo de Sousa has warned the country may have to ‘rethink Christmas’ to weather this hideous year out without too much further drama.

In the grand scheme of things, the budget is just ‘small beer’.