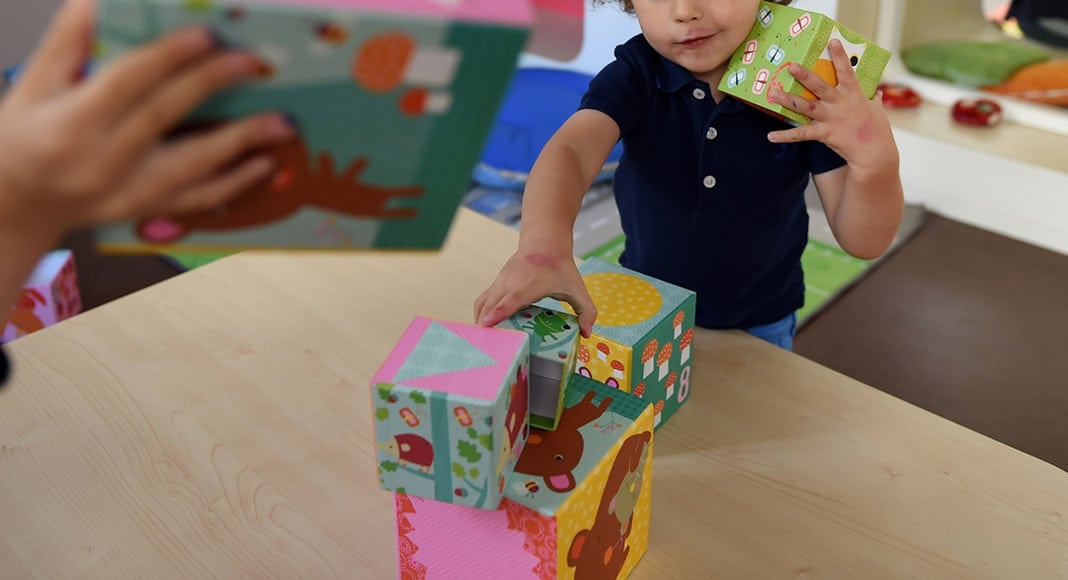 The pressure has been building for weeks now. Parents of toddlers in the nation’s crèches are desperate to see their children ‘free to play again’.

At a point when everyday citizens have been allowed to relax mask-wearing, DGS rules still oblige this practice, and many others, in educational establishments

Studies have already shown that toddlers are unable to ‘learn’ in the way they used to because educators’ faces are largely hidden by masks, and they cannot see their mouths working, pronouncing new words.

But that is perhaps the least of it: small children are still unable to enjoy free time where they can simply play with each other. Crèches have been obliged to ‘maintain physical distancing’ between their pupils; they can’t even allow parents the luxury of taking their toddlers beyond the door.

Staff are every bit as keen as parents to see routines start returning to normal, explains Susana Batista of the association of Crèches and Small Establishments of Private Education. But no-one can until the DGS health authority updates its rules.

Parents have described their exasperation over what they term as “the coercion to wear masks”.

Dulce Cruz of the movement “This isn’t school (Assim não é escola)” told RR: “It seems that in many schools there really is this coercion. But it is not an obligation”, she stressed – “and we want this made clear: it is a recommendation of the DGS”.

The worst of this pressure, publicised now, is that it comes as DGS health director Graça Freitas appears to have opened the doors to the possibility of a new confinement.

In interview with Diário de Notícias – and returning to the nuts and bolts of the DGS three-point plan for the winter (click here) – she is cited by other sources as having said she believes everyone will have to be inoculated with a 3rd booster dose of Covid vaccine, and that “selective or generalised confinements could be on the table”.

This will have come to an extent ‘out of the blue’ to most people who follow the nation’s robotic Covid bulletins and can see that the situation is far from running out of any kind of control (click here).

Indeed, international sources like the Wall Street Journal have only just published quite glowing texts on the situation here, entitled in the case of WSJ: “Endemic Covid has arrived in Portugal. This is what it looks like (click here)”.

In other words, on a day when politically the country seems to have been plunged into the equivalent of a washing machine spin-cycle, very little else in the headlines seems to be making a lot of sense.

For the “This isn’t school” movement, which has thousands of followers over social media, the only alternative is to sit things out, and hope DGS orientation changes their way.