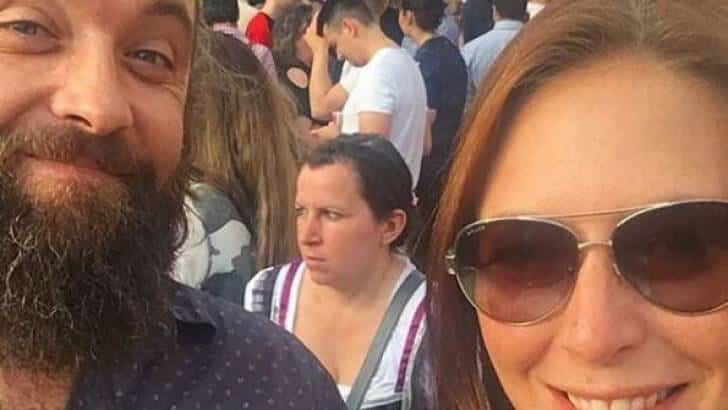 Referring to the ‘botched’ investigation into the disappearance of Madeleine McCann, the parents of a young Australian who fell 30 metres to his death from an Ericeira clifftop six months ago, say they feel his case is “bloody right up the same alley – another stuff up”. The parents of specialist electrician Michael Kearns are not satisfied that police properly investigated the possible involvement of a third party.

This is not the first time doubts have been raised by Australian media (click here).

The agony of Kathy and Bill Kearns comes after the couple received the PJ’s final report which ruled their son’s death, and that of his British girlfriend Louise Benson, was “accidental”.

The report indicates that the police spoke to only one witness – the beach cleaner who found the couple’s bodies at the foot of the cliff. Yet, other media found and spoke to a number of people who saw and spent time with the holidaymakers, including one woman who was walking her dog near the cliff-top just after 5am and heard someone shout or scream “as if in fright”.

But even more worrying is the clump of hair Michael was found to have in one of his hands.

Says website Perth Now: “the Kearns were desperate to know if it belonged to their son or a third party. But in the report, it states the hair was collected for DNA sampling but no determination could be made”.

And that for grieving parents – who do not buy the police ‘theory’ that the couple died taking a selfie – is simply not good enough.

“All we want is answers … and we’re guessing, which breaks your heart. We’re not saying (the Portuguese police) haven’t done their job, but they haven’t reported it, they haven’t given us the complete report”, says the couple.

For now, the PJ investigation appears to have been closed. Whether Michael Kearns parents “accept it and do nothing or get legal advice”, they have not decided, but they admit they are “resigned to the fact” that they may never get the answers they’re looking for.

As to the ‘selfie theory’, they say it’s “insulting”, because it makes their son and his girlfriend “sound like they’re stupid…”

No one would take a photograph of themselves in the dark, is the couple’s contention.

What Kathy and Bill Kearns did reveal however is that Louise Benson’s iPhone is with her family and they are “trying to get it unlocked to see if it holds answers”.