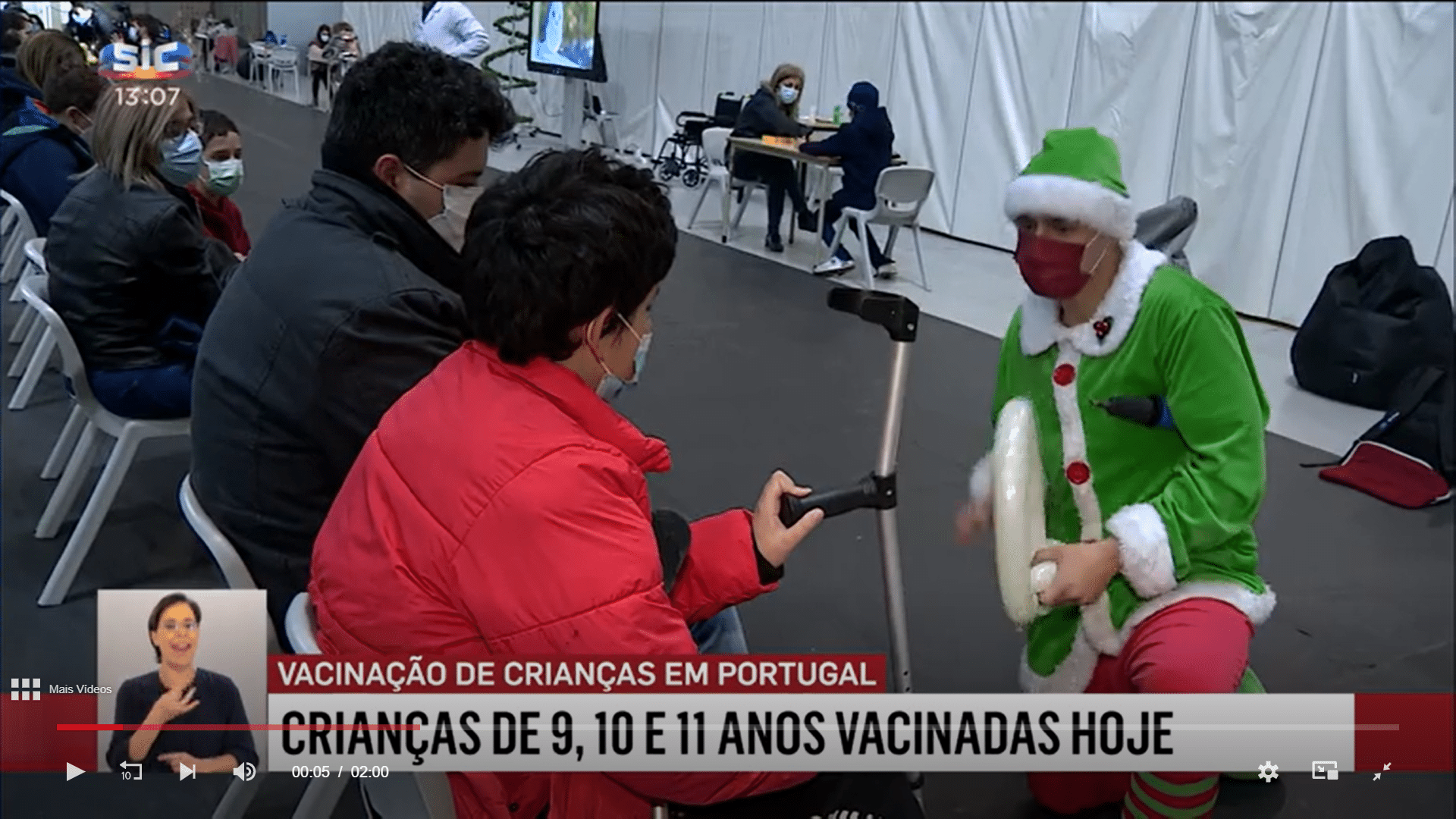 As of early this morning, parents were being described by popular tabloid Correio da Manhã as “running from vaccinating their children”.

The headline stemmed from the fact that less than a third of children aged between 9-11 were ‘scheduled’ to take up the offer of vaccinations this weekend.

The government, in the shape of deputy health secretary António Lacerda Sales, quickly:

Visiting a vaccination centre in Gondomar, Mr Lacerda Sales said: “I would like to say right here and now that during the afternoon, children aged 9, 10 and 11 who for whatever reason have not been able to schedule (the vaccine) can come to the vaccination centres in the certainty that they will be vaccinated…”

As various news outlets have explained: “around 77,000 children” are booked to receive their first shots of Pfizer mini-dose Covid vaccine this weekend.

Epidemiologist Manuel Carmo Gomes has remarked that this “does not mean that (children) will not come later”.

He believes parents may well be waiting ‘a little bit longer’ to see exactly what Omicron has in store.

For example, will the variant infect children more than Delta? This far, there is no data to suggest that it will.

CM puts forward the obvious point that “many parents” are dubious over the risks and advantages of vaccinating young children.

Pediatricians have been given space on television and in the media to explain their own reservations – and why they think it might well be in childrens’ interests to “wait a little longer” (possibly only one or two months before vaccinating them click here).

The government nonetheless is piling on the pressure: vaccination will almost certainly alter the protocol at schools in favour of vaccinated children, for instance.

And PM António Costa – who has already said that if he had young children, he would be vaccinating them – has not helped by saying “children may suffer very little, but they also suffer from the illness (Covid-19) and no illness is good for one’s health…”

This rather negates the message from specialists who accepted months ago that natural infection by SARS-CoV-2 grants a much stronger immunity than anything conferred by the vaccines (click here).

As for Omicron, developments are coming in every day: data, for example, from Denmark earlier this week showed that the Omicron wave there is “being driven by young, healthy, vaccinated people” (see below).

Thus more and more, the official mantra that “vaccinations are essential” is becoming confused by incoming ‘results’.

For parents already aware that the chances of their young children suffering serious disease from SARS-CoV-2 infection are “tiny” (click here), it is easy to understand why so many may have balked at subjecting children to Portugal’s latest mass- vaccination campaign.

Needless to say, countries everywhere are ‘reacting’ with heightened restrictions due to Omicron’s lightening spread.

The Netherlands is going into a new national lockdown starting from tomorrow; talk in the UK is that ‘a circuit breaker’ (lockdown) could be coming after Christmas, and France is refusing to accept holidaying Brits for fear of importing more infections than it already has.

Meantime, the notion that the ‘unvaccinated’ are the most responsible for causing the spread of infections has been pretty much trashed “according to mounting data from countries as diverse as the UK, Denmark and South Africa”, reports the Telegraph.

This tallies with previous studies that have concluded that vaccinated individuals transmit the virus every bit as much as unvaccinated (click here).

Yet no-one seems ready to accept that Omicron is causing a much milder form of disease.

“It’s really important we don’t get ahead of ourselves in terms of judging the severity of Omicron,” Dr Smallwood told the Telegraph.

“Experts in South Africa, where the variant has been circulating for longer, have also urged caution on jumping to conclusions”, says the paper.

“There have been some suggestions that the case fatality rate has dropped to 0.5 per cent, while early data paints a picture of hospitals treating fewer people with oxygen in intensive care.

“But hospitalisations have risen steadily, with 4,200 admissions on Monday – about six times the level reported three weeks ago. Statisticians have warned against over-interpreting the limited data available”.

In other words, experts still want ‘time’ – in which context the reticence shown by Portuguese parents may simply be measured caution.

Intensive care pediatrician Francisco Abecasis has said that if data shows the vaccine reduces children’s chances of developing Multi Systemic Inflammatory Disease as a result of becoming infected with SARS-CoV-2 that would be “a very good reason to vaccinate”.

Right now, however, there is no data to support this – thus his advice to parents: “Wait a bit longer”.