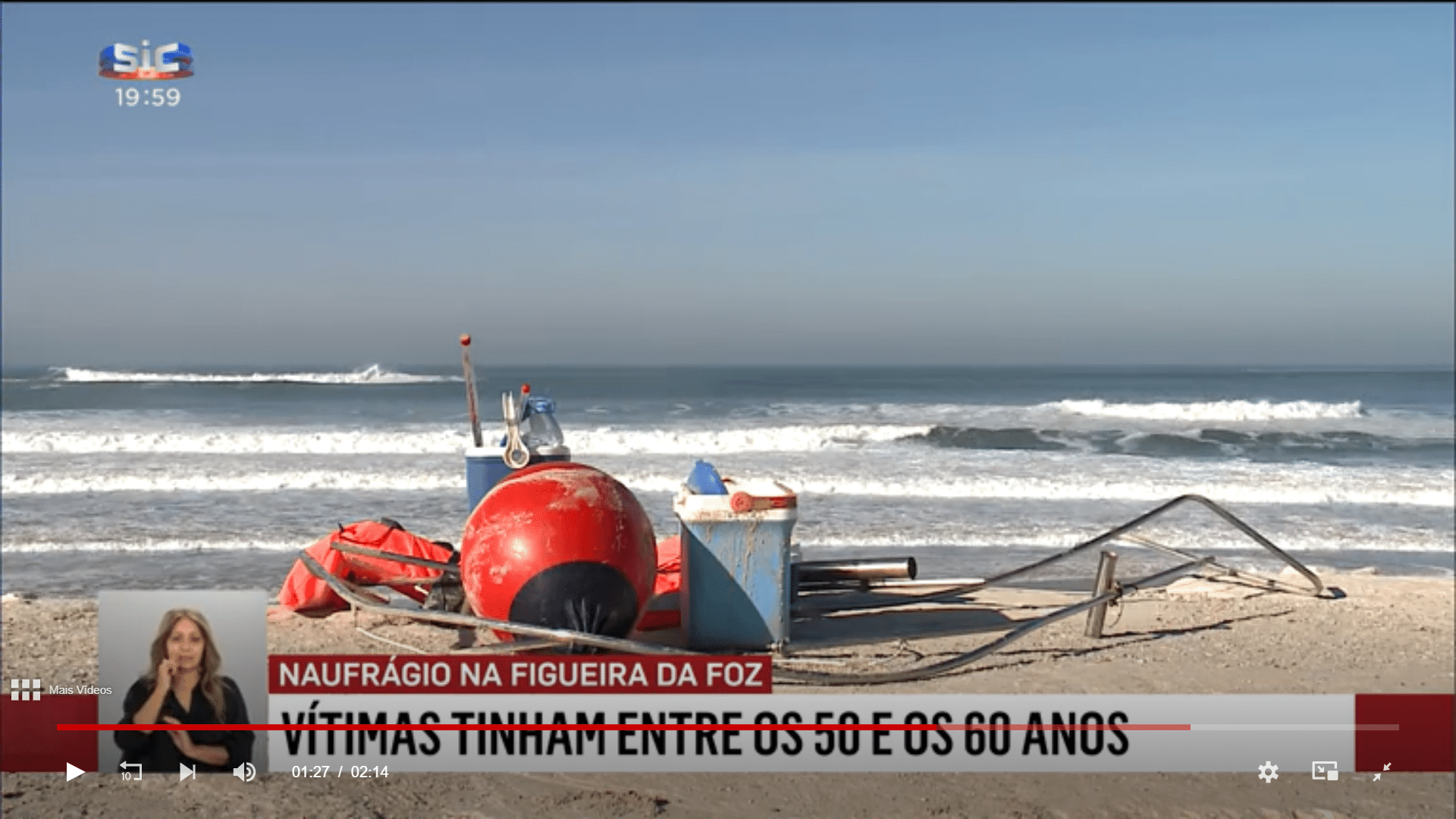 The weekend has seen two tragedies at sea: one involving a group of friends setting out for a day’s fishing near Figueira da Foz, the other a paraglider for whom all hope of recovery alive seems to have been lost.

The first incident took place early on Saturday morning: five friends set out in a seven-metre boat in spite of very poor conditions. There was fog over the water, and the sea was rough.

An “unexpected wave” turned their boat over not far from land, and one – a 56-year-old GNR agent – managed somehow to reach the shore.

Paulo Veríssimo immediately raised the alarm, but he was already showing signs of shock and exhaustion.

He is being treated in hospital and showing ‘favourable signs of recovery’.

Sadly, there was nothing however that could be done for the other four. They had all been projected into the sea when the boat overturned; none had their lifejackets on, say reports – or if they had, they were torn off by the force of the waves.

Locals told tabloid Correio da Manhã that the tragedy could well have been precipitated by a build-up of sand under the water line. But conditions were not the sort that should have seen inexperienced fishermen set out in the first place.

And today, in Gaia further north, a man practising paragliding off Praia do Canide Sul has simply disappeared.

The alert was sounded by a beach bar just before 4pm this afternoon, scrambling maritime police and the Air Force.

Douro ports captain Rui Santos Amaral has said local firefighters are now standing by, but so far there has been no sighting of either the man or the paraglider.

Searches are to continue until daylight fails.

UPDATE: today’s searches proved fruitless and were called off just before 6pm. The identity of the paraglider is still unclear. All that seems to be clear is that an eye witness saw the glider fall into the sea. Police are now apparently intent on contacting local flying clubs, to try and find out if any of them know of an enthusiast who may have set out for Praia do Canide Sul today.