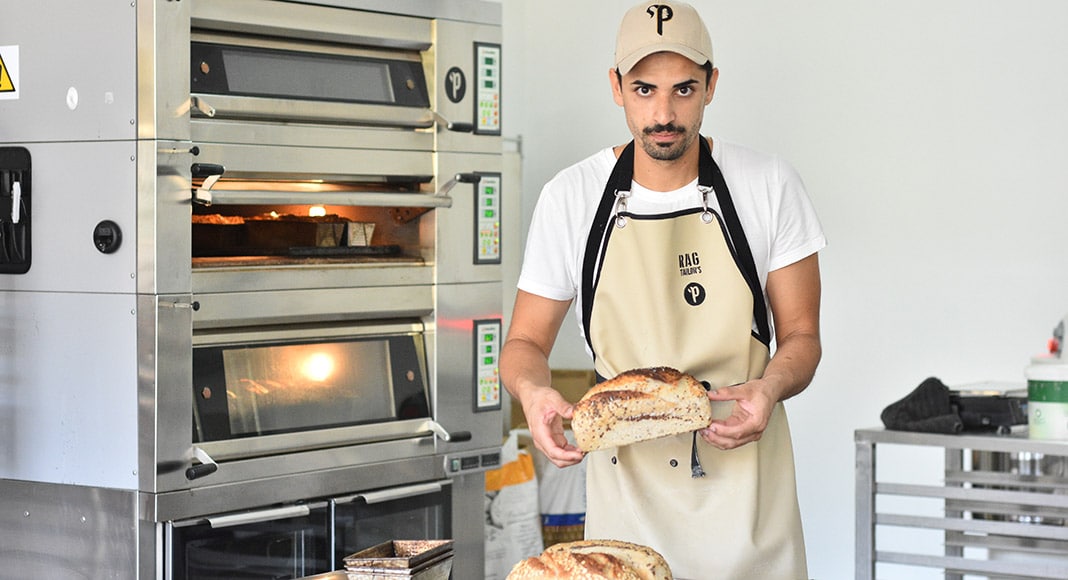 A new brand of artisanal bread made with natural yeast and without any chemicals or preservatives has been launched in the Algarve by 28-year-old Luiz Silva, who worked alongside chef Leonel Pereira at the Michelin-starred São Gabriel restaurant in Almancil for seven years.

“On calmer days, the staff’s afternoon snack would be my responsibility. I started writing down my ideas, trying new things and, before I knew it, I had a full notebook of them. My taste for it started growing and, in 2019, I started selling my bread to neighbours on days off,” the young chef-turned-baker told Barlavento newspaper.

The idea to launch his own brand of bread, Pão com Manteiga, came to him one restless night.

His goal is to offer an alternative to the kind of breads that is widely sold in Portugal.

“My bread does not contain any chemicals, preservatives or flavour enhancers. Most bakeries use enhancers in their dough, which are not good for you, and yeasts which are not 100% natural. What happens is that the flavour, colour and aroma of the bread is spectacular on the day it is made, but the next day it is like a rock,” he said.

“My bread is different because it is artisanal, it doesn’t have many holes inside and is fermented naturally,” said Silva, who has since gained the nickname “cientista do pão” (bread scientist) due to the “crazy Saturdays” that see him creating all sorts of unique bread varieties.

“During the week, we have five varieties: seeds, plum and rye, whole oats, rye and flaxseed and fleur de sel. But on Saturdays, I use my recipe book, my imagination and end up creating different types of bread. I have made rosemary, chocolate, carob, muesli, banana and cinnamon, coconut and even roasted onion bread,” he explained.

Despite the brand’s name suggesting that all of his bread varieties go best with butter, it is not always the case.

“For example, my spirulina bread is great with a slice of smoked salmon and a glass of fruit juice for lunch. The plum and rye bread is incredible with a slice of presunto. And the chocolate bread calls for a tea for an afternoon stack. I have clients who are faithful to the whole oats bread because it goes with everything and can be eaten at any time of the day,” said Silva, who added however that the “savouriest” bread which also goes with everything is the flaxseed and fleur de sel bread.

But what is the secret to his breadmaking process at his factory in Franqueada, Loulé?

The baker says the secret to his breadmaking process is focusing on the “consistency, the right amount of water and salt and the correct fermentation period”.
Pão com Manteiga is already gaining a faithful clientele, almost half of whom (40%) are foreigners.

“Algarvians are those who buy the most. However, tourists are more familiar with natural yeast bread because it is in fashion abroad. I believe the same will happen in Portugal,” said Silva.

Future plans include opening a physical store in downtown Faro with his girlfriend.

“She has a great interest in plants, vases and macramé. Our idea is to open a space in downtown Faro where you can buy my natural yeast bread and at the same time leave with a flower underneath your arm. I don’t want to industrialise, I want to be happy, pay my bills and be able to create a recognised and respected brand in the Algarve,” he explained.

Where to buy ‘Pão com Manteiga’
The brand’s bread can be purchased at several grocery stores and restaurants around the Algarve, including Mercearia Retratos da Aldeia, Mercearia das Moças and Restaurante Conselheiro in Faro; Mercearia All Gourmet, Mercearia À da Maria and 8100 Café in Loulé; Mundo Saudável, Restaurante Alecrim and BLU – Quinta Shopping in Almancil; Restaurante Raízes and Restaurante Ekilibrio Health Bistro in Quarteira; Mercearia Bialógica in São Brás de Alportel; Mercearia Ti Mila in Albufeira; Mercearia Avó Teté in Armação de Pêra; and Armazém Integral and Mercearia do Algarve in Portimão. Prices vary depending on the variety. They start at €3.90 per kilo.

“For me, the most important thing is to believe that missteps are part of the journey. When something goes wrong, I quickly think of a solution. Just recently, our kneader had a problem. I went home thinking about what to do and I ended up making 100 loaves of bread the next morning. The result was exactly the same. Now the kneader is working, but I ended up learning a new skill. I think the secret to success is staying focused, knowing where you want to go, and making it to the end even if you face 1,001 potholes along the way.” 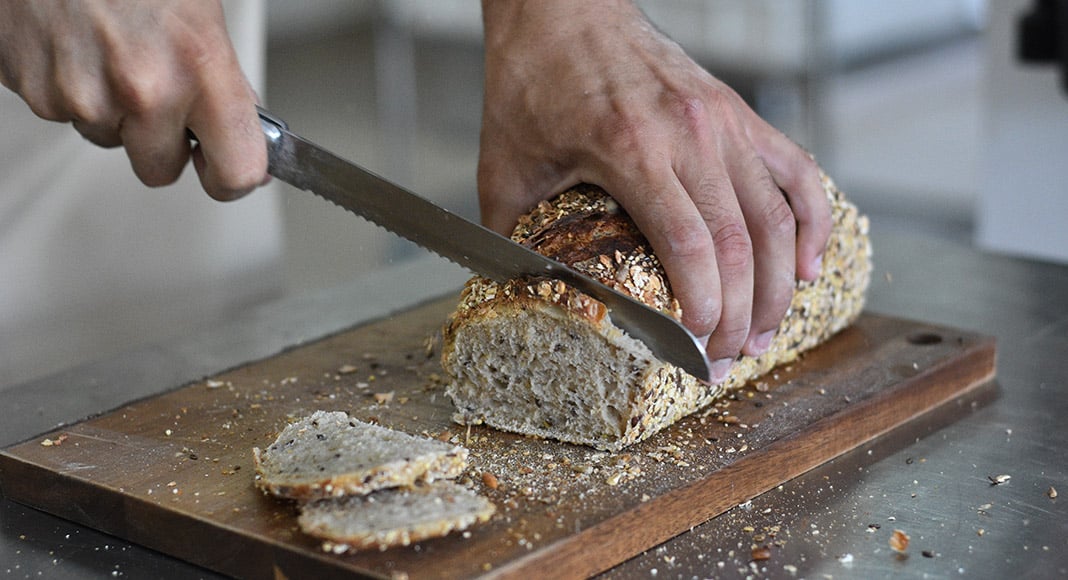 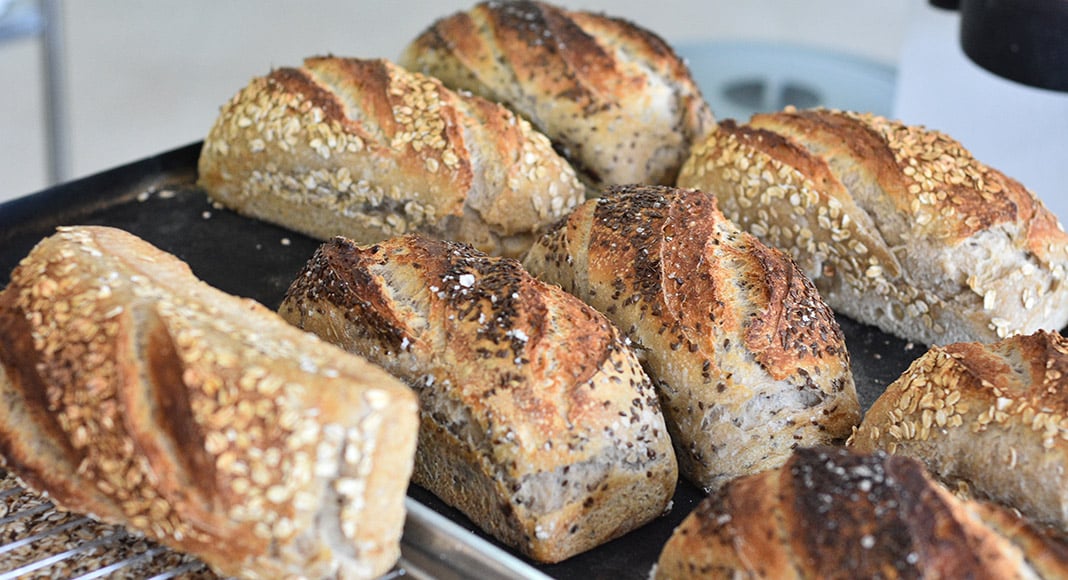 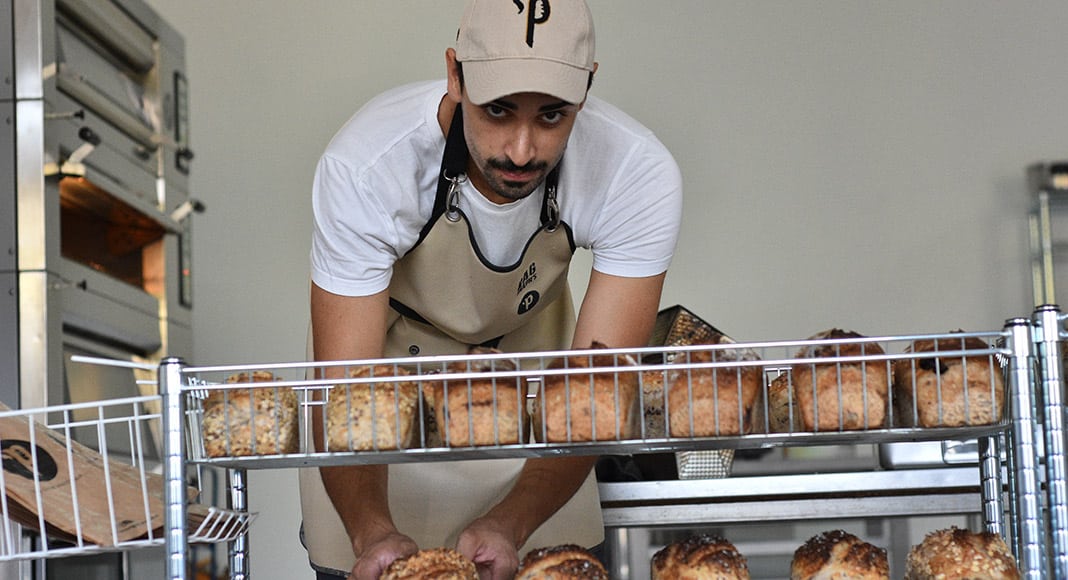 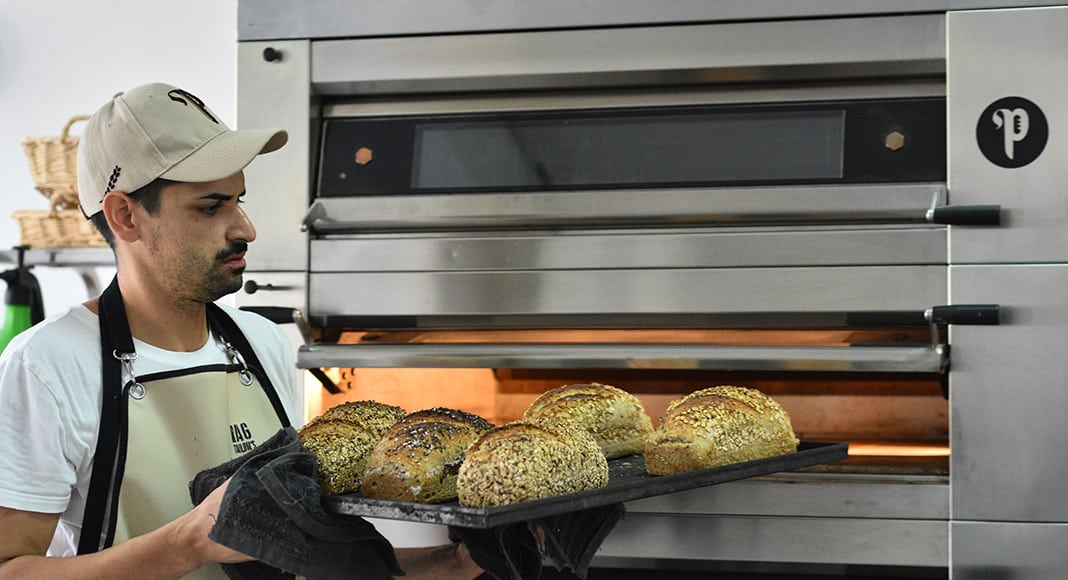