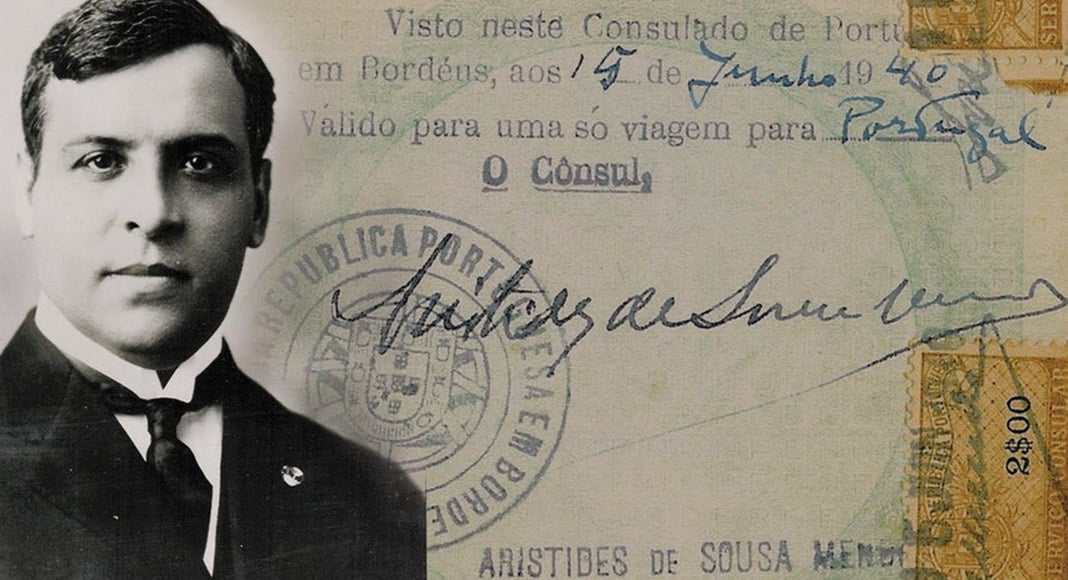 Aristides de Sousa Mendes, the Portuguese consul based in Bordeaux who saved thousands of jews and other refugees from the Nazi regime during the 2nd World War, has finally been fully honoured by the Portuguese State which originally expelled him from his post, to leave him to die in absolute poverty.

Today saw a plaque in the memory of the extraordinarily brave and caring man unveiled at a ceremony in the National Pantheon attended by President Marcelo and various heads of government.

Sousa Mendes’ body remains where it was buried in his birthplace of Carregal do Sal.

Aristides de Sousa Mendes’ heroism was shown in the way that he provided visas from the Portuguese State (against the orders of the dictatorship) for jews and others desperate to leave Europe and escape gas chambers and concentration camps.

As parliamentary leader Eduardo Ferro Rodrigues has said: “May his entry into the National Pantheon contribute to perpetuating his memory” and the “example of his conduct” which “serves as a beacon in times of new difficulties and challenges for the collective memory, demonstrating the value of resistance to the unjust and inhuman”.

The ceremony was marked by the presence of large screens beaming testimonies from the thousands of people whose lives Aristides de Sousa Mendes’ signature saved.

More on his extraordinary acts can be read here.

Meantime, biographer Miriam Assor has said today’s honours should be the beginning of a great deal more to address the past in terms of how Aristides de Sousa Mendes has been treated.

His home should be restored, she told Observador online, and what he did should be taken into the classroom.

The Pantheon should not be the end for this Portuguese hero, she insists.