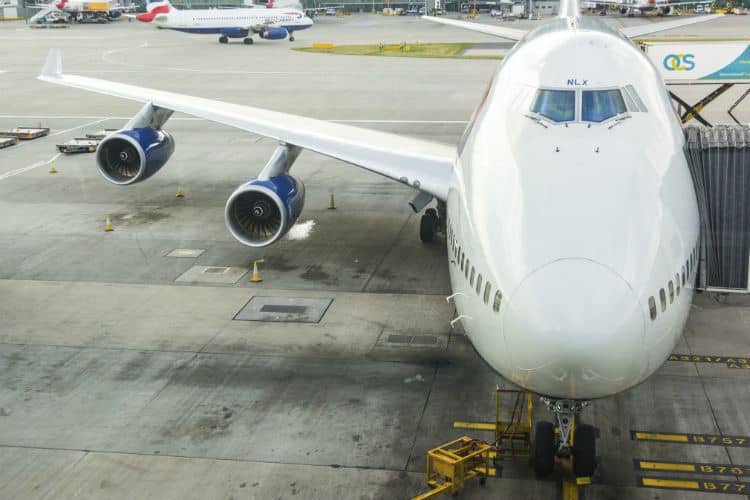 A 38-year-old Portuguese man prompted a major terrorist alert at London’s Heathrow airport last weekend after invading a Boeing 747 as it sat on the tarmac and locked himself into the cockpit. Luís Costa Santos appears to have been acting alone and is now due to appear in court. A spokesman for Scotland Yard has confirmed that he does not appear to be connected to any terrorist organisation.

Santos’ bizarre actions are nonetheless being taken very seriously, explains national tabloid Correio da Manhã, as they “expose vulnerabilities at one of the world’s busiest airports”.

Santos was seen sneaking into the Boeing by workers on the ground, but when authorities approached the plane, he barricaded himself into the cockpit.

Due to the same kind of safety doors that led to the terrible deaths of passengers on the Germanwings flight to Dusseldorf last March, police could not gain entry to the cockpit.

Firemen had to be called to break down the door, writes CM, and only then could Santos be arrested.

A spokesperson for the Metropolitan Police told the UK Daily Telegraph: “Louis Pedro Verdasca dos Santos Costa, 38, of Stonehill Road, Hounslow, west London was charged on Saturday, 5 March with two counts – of unlawfully being airside, and of unlawfully being on an aircraft”.

“He has been remanded into custody at a west London police station and will appear at court at the earliest opportunity”.

British Airways “could not be reached for a comment on security, or the incident”, the paper added.